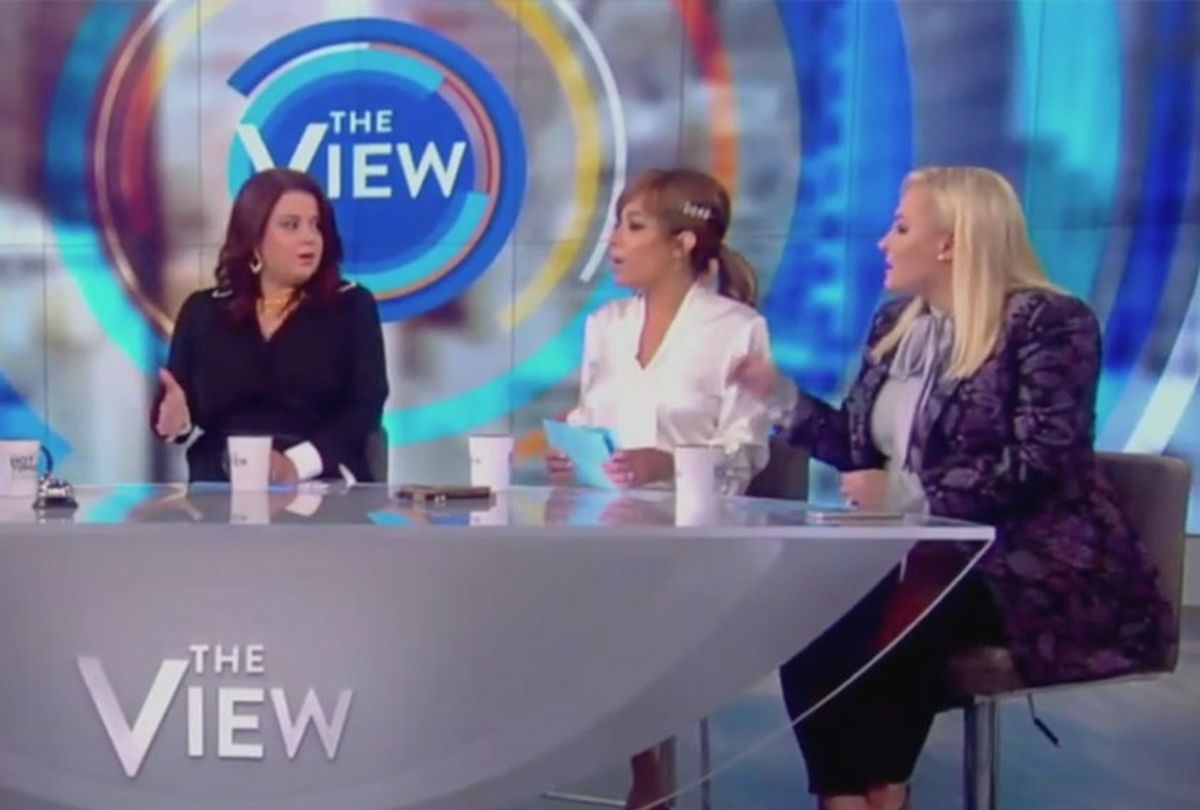 On Friday’s episode of “The View,” host Megan McCain clashed with guest host Ana Navarro. The two women were discussing the latest scandal to engulf the Trump presidency, an anonymous whistleblower complaint from the intelligence community that suggests Trump may have made troubling promises to a foreign leader, widely believed to be the president of Ukraine.

“Excuse me, maybe I was clumsy in the way that I said it,” McCain said, as the women began talking over each other.

“I’m two feet away, I don’t need you to scream at me this way,” Navarro retorted. McCain muttered that Navarro was “so rude” and stalked off stage.