Republicans want to present a Trumpian united front going into 2020, but their Senate primaries are a total mess 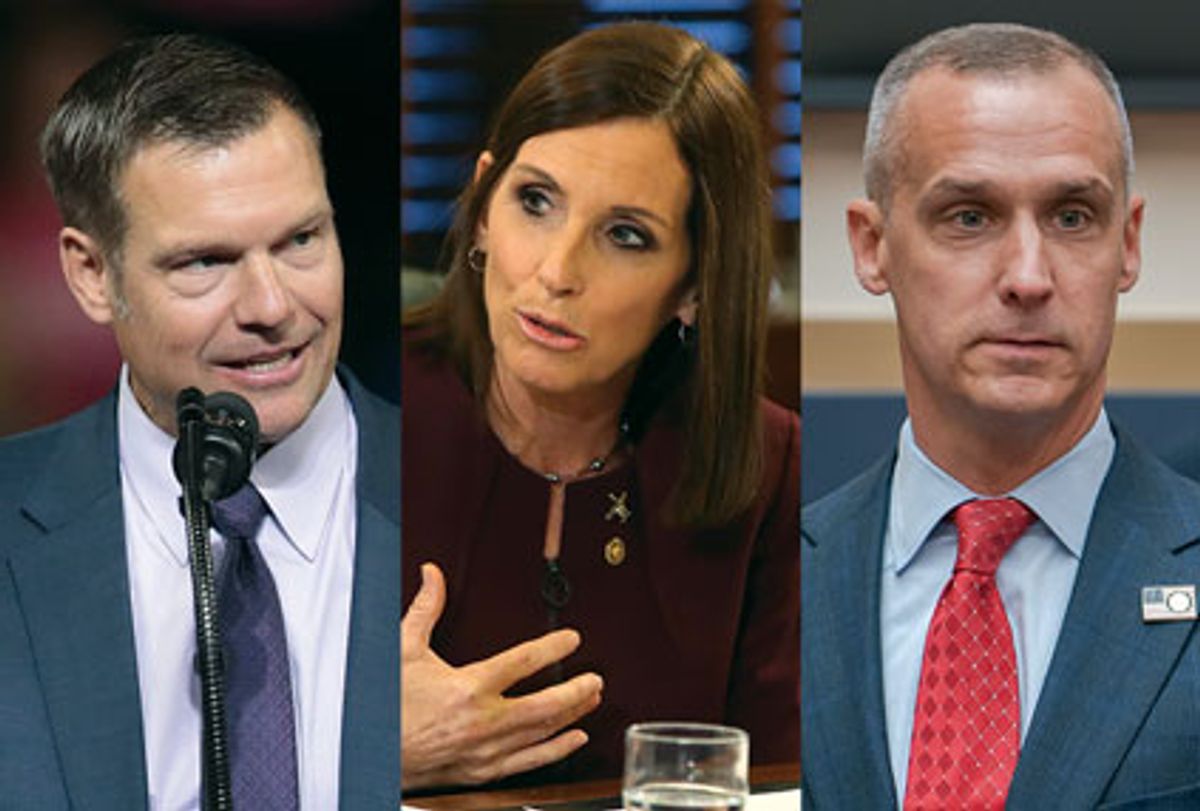 Republicans have tried to put on a unified front behind President Trump, but the beginning of Senate primary campaign season has revealed some serious rifts and bizarre policy ideas heading into 2020.

In Arizona, Sen. Martha McSally is facing her first test after she was appointed to the late Sen. John McCain’s old Senate seat — despite losing her own Senate race to Democrat Kyrsten Sinema just a month earlier. Her challenger, a wealthy cosmetics company owner named Daniel McCarthy, kicked off his campaign on Tuesday by calling for the U.S. to annex Mexico as a way to solve the border issue.

McCarthy called on Mexican citizens to “rise up in your communities and petition to become states for the United States.”

“That’s how that process works,” he confidently declared, adding, “by the way, it’s not that challenging.”

McCarthy continued to rant about his idea, at one point echoing Trump’s “shithole countries” smear.

“Listen, you think anybody wants to live like that?” he asked, referring to conditions in Mexico.

McSally has already received Trump’s endorsement, but McCarthy tried to use the interview to position himself as a more solidly pro-Trump Republican.

“Now listen, we need to have a border wall immediately, and then after that then we can start talking about maybe some solutions,” he said, adding that adding some new “beachfront property” to the United States might be nice.

Kobach is running for the Senate in Kansas after losing his gubernatorial bid in 2018. The Wall Street Journal reported earlier this week that a leaked internal Republican poll showed him losing to Democrat Barry Grissom, a former U.S. attorney, by 10 points. The news prompted businessman Wink Hartman, who ran as Kobach’s running mate in the 2018 governor's race, to join a growing number of Republicans considering challenging Kobach for the nomination. The party is eager to avoid an embarrassing defeat in a state Trump carried by more than 20 points in 2016.

Hartman told the Wichita Eagle that he is prepared to spend a substantial amount of his own money on a bid after spending $2.5 million on his failed bid for lieutenant governor.

“Like everything I do in life, I will be prepared to win,” he said months after losing his last election.

Paul sparred with Cheney on Twitter over her support for American military involvement in the Middle East and attacked her pro-Trump credentials by accusing her of “NeverTrump war mongering.”

Paul later went on CNN to throw his support behind former Republican Rep. Cynthia Loomis, who has already jumped into the Senate race. Wyoming is one of the reddest states in the country, and it's a near-certainty that whoever wins the Republican primary will be elected.

Another Republican primary race that could quickly land in the spotlight is in New Hampshire, where a new poll showed former Trump campaign manager Corey Lewandowski leading the Republican field, albeit with nearly half of voters undecided. Incumbent Sen. Jeanne Shaheen, a Democrat, is up for re-election in 2020.

Lewandowski’s rumored run, which was boosted by Trump’s praise, isn't sitting well with many New Hampshire Republicans, who have a reputation for independence.

Former Sen. Judd Gregg, a Republican, derided Lewandowski as a “thug” in an interview with the New Hampshire Union Leader.

“He’s part of Trump’s cadre of thugs,” Gregg said. “If he were to run and become the nominee, it would be an outrage.”