"Fox & Friends" makes inaccurate claims about whistleblower complaint: "As if they heard a rumor"

In fact, the inspector general for the intelligence community found the complaint to be of “urgent concern" 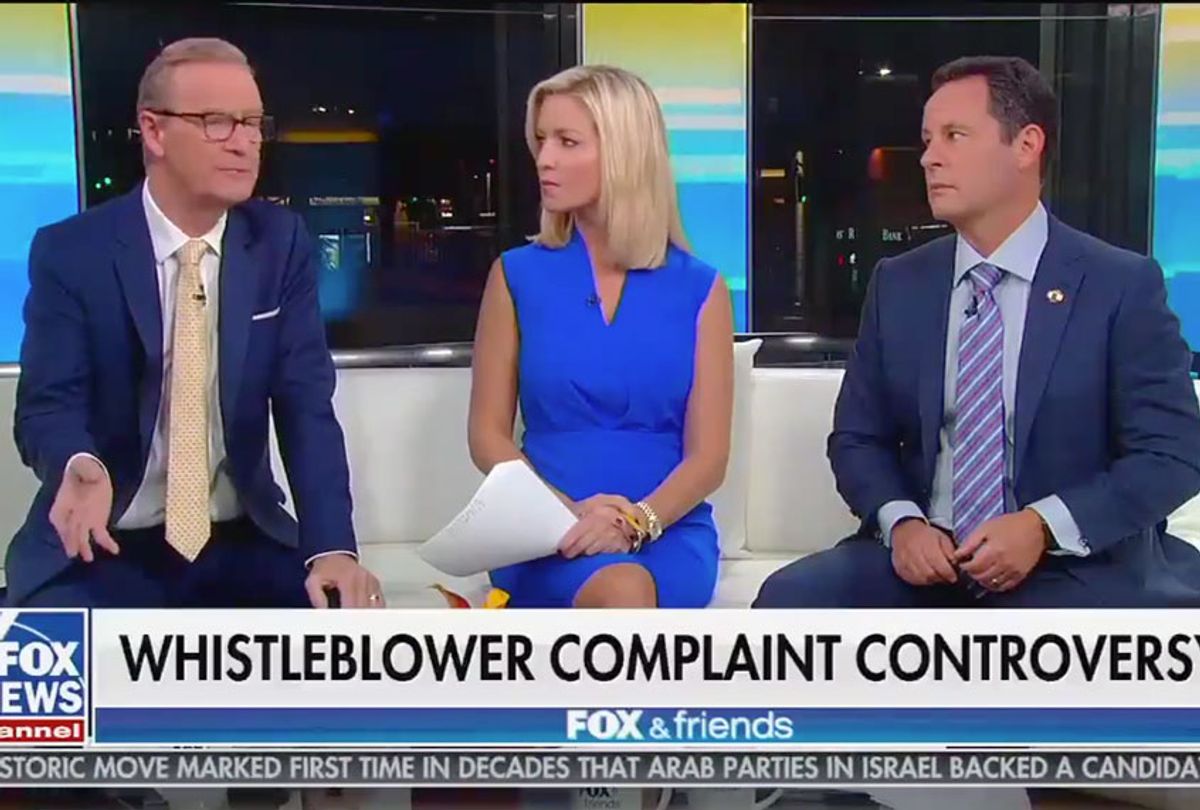 The Fox News broadcaster downplayed the complaint, which reportedly involved Trump’s efforts to pressure Ukraine’s president to dig up dirt against Joe Biden, and falsely claimed that Congress had no authority to investigate.

“In this country, you know, we’ve heard a lot over the last couple of years about how the Democrats would like to impeach the president of the United States,” Doocy said, and co-host Brian Kilmeade feigned shock.

“Now, given the fact that we’ve got this Ukraine thing and then the whistleblower thing,” Doocy continued, “and by the way, did you hear the whistleblower complaint was filed by somebody who actually had no direct knowledge of it? It’s almost as if they had heard a rumor and filed it, and that apparently is why it does not fall into the standards for the intel whistleblower, law and that’s why it’s not going to Congress.”

In fact, the inspector general for the intelligence community found the complaint to be of “urgent concern,” which then passed the complaint on to the director of national intelligence — who has failed to share the report with the House Intelligence Committee, as required by law.

Doocy speculated what Trump’s acting director of national intelligence would say to justify his decision to withhold the complaint, but the Fox News broadcaster framed that guess as established fact.

“According to the stories this morning,” Doocy said, “because the whistleblower was not in the room, did actually not see it, heard about it, and made this thing and said this is serious and urgent, which normally triggers an investigation.”

The inspector general, and not the whistleblower, determined the complaint was an urgent concern, which is a legal requirement under the 1998 statute.

“(They) didn’t get it because they had no direct knowledge, did not meet the standard,” Doocy claimed, inaccurately. “That is probably what the acting director of national intelligence is going to say on Thursday.”