"He called up the president of Ukraine and pressed him eight times to investigate Joe Biden," Will says on MSNBC 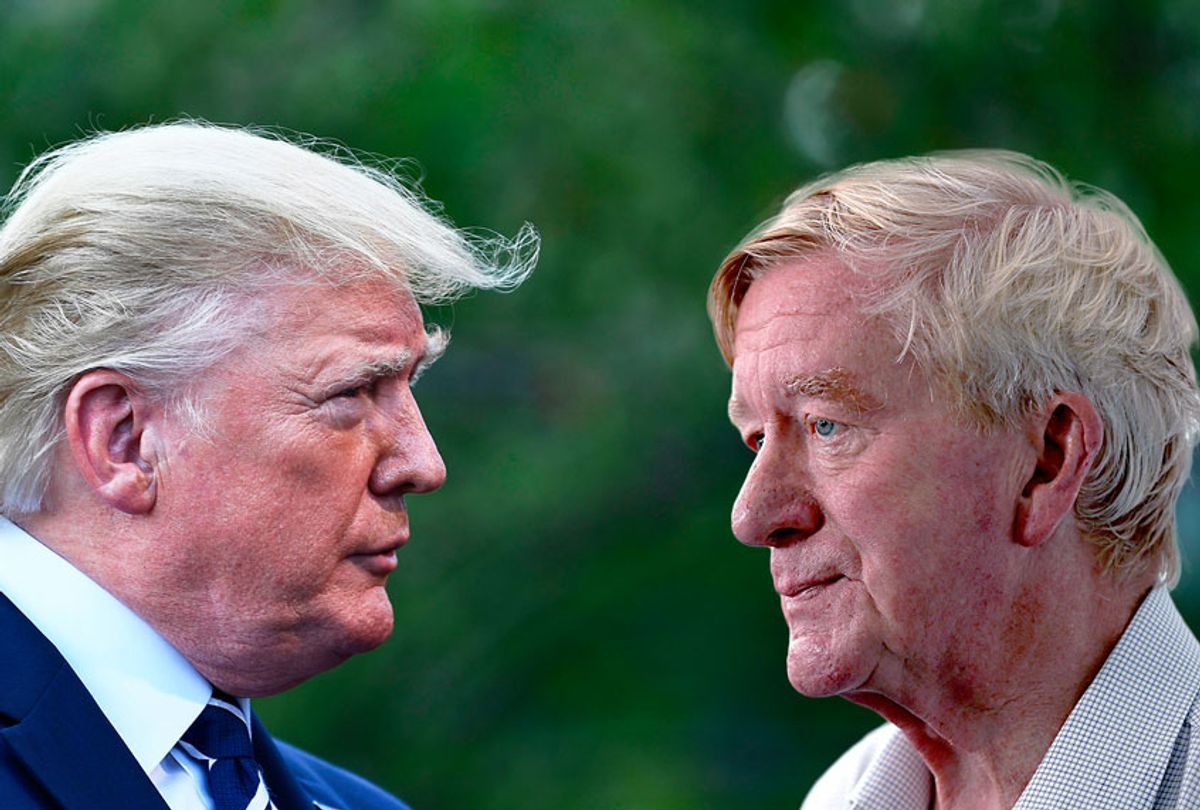 “Obviously, canceling primaries undermines democratic institutions and democratic elections, but that’s far from the deepest dive crime that the president has committed here,” Weld said. “He has now acknowledged that in a single phone call right after he suspended $250 million of military aid to Ukraine, he called up the president of Ukraine and pressed him eight times to investigate Joe Biden, who the president thinks is going to be running against him.”

“Talk about pressuring a foreign country to interfere with and control a U.S. election,” Weld continued. “It couldn’t be clearer, and that’s not just undermining democratic institutions. That is treason — it’s treason pure and simple, and the penalty for treason under the U.S. code is death. That’s the only penalty.”

Federal law outlines capital punishment for treason, but also allows for a prison term of at least five years or fines of at least $10,000, along with a prohibition against holding public office.

“The penalty on the Constitution is removal from office,” Weld said, “and that might look like a pretty good alternative to the president if he can work out a plea deal.”

Weld said the president should, at the very least, be impeached.

“It’s well past time for this guy, in my opinion, to be carted off to save us all,” Weld added. “He’s daring us all to let him be totally lawless. He has no respect for the law, he has no knowledge base under any issues. Why do we want this man as president of the United States? I don’t get it. Now the path is clear. It’s a whole new level, and we have to count noses among the Republicans in the Senate. If they won’t say this is a bridge too far for us, then they really have no chance at the ballot box next year, not just President Trump but those members of the Senate.”