Greta Thunberg puts delegates at United Nations climate summit on notice: "You are failing us"

"The eyes of all future generations are upon you, and if you choose to fail us, I say we will never forgive you" 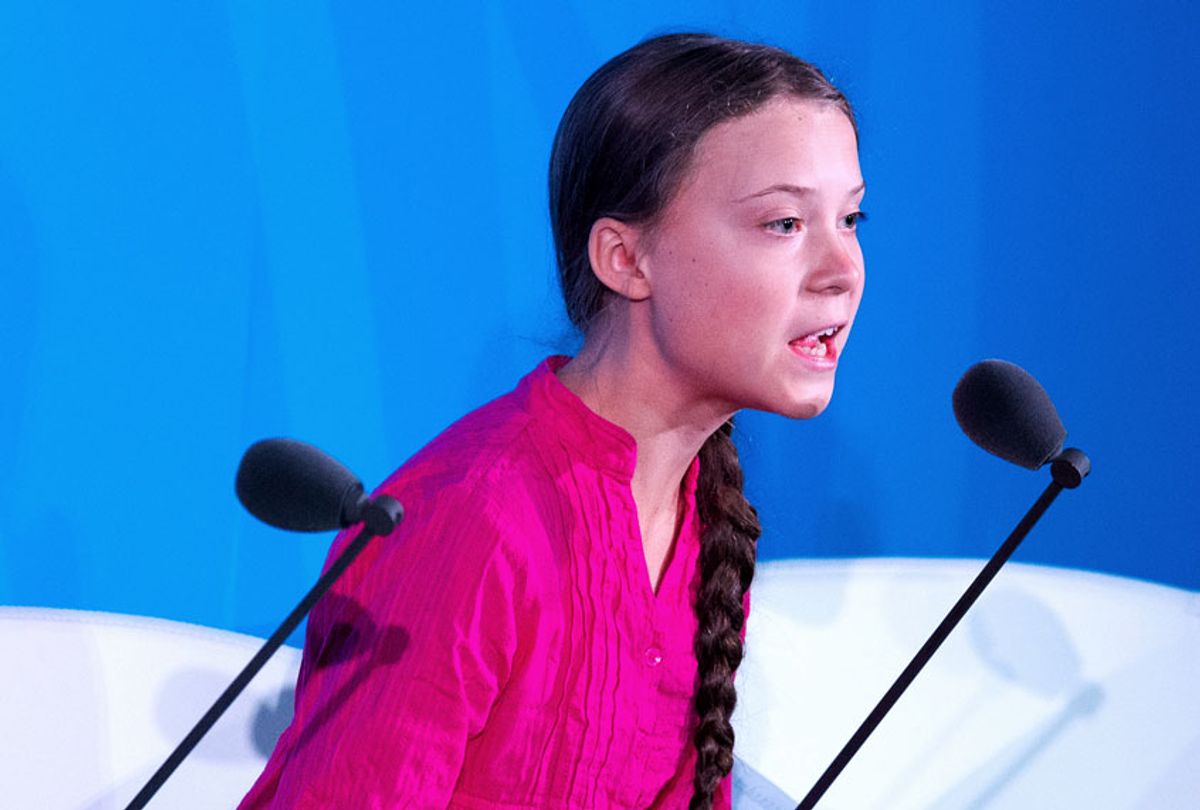 Teenage climate change activist Greta Thunberg put delegates at the United Nations climate summit on notice from her generation: "We'll be watching you."

"This is all wrong," Thunberg told the Climate Action Summit in New York on Monday. "I shouldn't be up here. I should be back in school, on the other side of the ocean."

"You are failing us, but young people are starting to understand your betrayal," she added. "The eyes of all future generations are upon you, and if you choose to fail us, I say we will never forgive you."

Throughout her speech, Thunberg repeated the theme of a generational divide on climate, one in which current world leaders are "failing" today's youth by not doing enough to stop climate change,

"You all come to us young people for hope," Thunberg said at one point. "How dare you! You have stolen my dreams and my childhood with your empty words, and yet I'm one of the lucky ones. People are suffering. People are dying. Entire ecosystems are collapsing."

"You say you hear us and that you understand the urgency, but no matter how sad and angry I am, I do not want to believe that," she added. "Because if you really understood the situation and still kept on failing to act, then you would be evil. And that I refuse to believe."

Thunberg attacked the current international climate change plan as inadequate, saying that cutting carbon emissions in half over the upcoming decade only offers a 50 percent chance of keeping global warming below 1.5 degrees Celsius.

"They also rely on my generation sucking hundreds of billions of tons of your CO2 out of the air with technologies that barely exist," she said. "So a 50 percent risk is simply not acceptable to us. We who have to live with the consequences."

Thunberg has emerged as the face of teenage climate change activists who have protested throughout the month of September. Millions of people have taken to the streets in Berlin, Kampala, London, Manila, Melbourne, Mumbai, Nairobi, New York and Rio de Janeiro, among other cities, to demand that world governments do more to curb climate emissions.

Thunberg has also been viciously attacked by right-wingers because of her prominence and effectiveness as a climate change activist. She has been criticized for her physical appearance and for being on the autism spectrum. One prominent Brexiteer joked about how he hoped Thunberg would be in a yachting accident, while a British member of Parliament said she was the "Justin Bieber of ecology."

The Swedish teenager responded by saying on Twitter, "When haters go after your looks and differences, it means they have nowhere left to go. And then you know you’re winning! I have Aspergers and that means I’m sometimes a bit different from the norm. And — given the right circumstances- being different is a superpower."