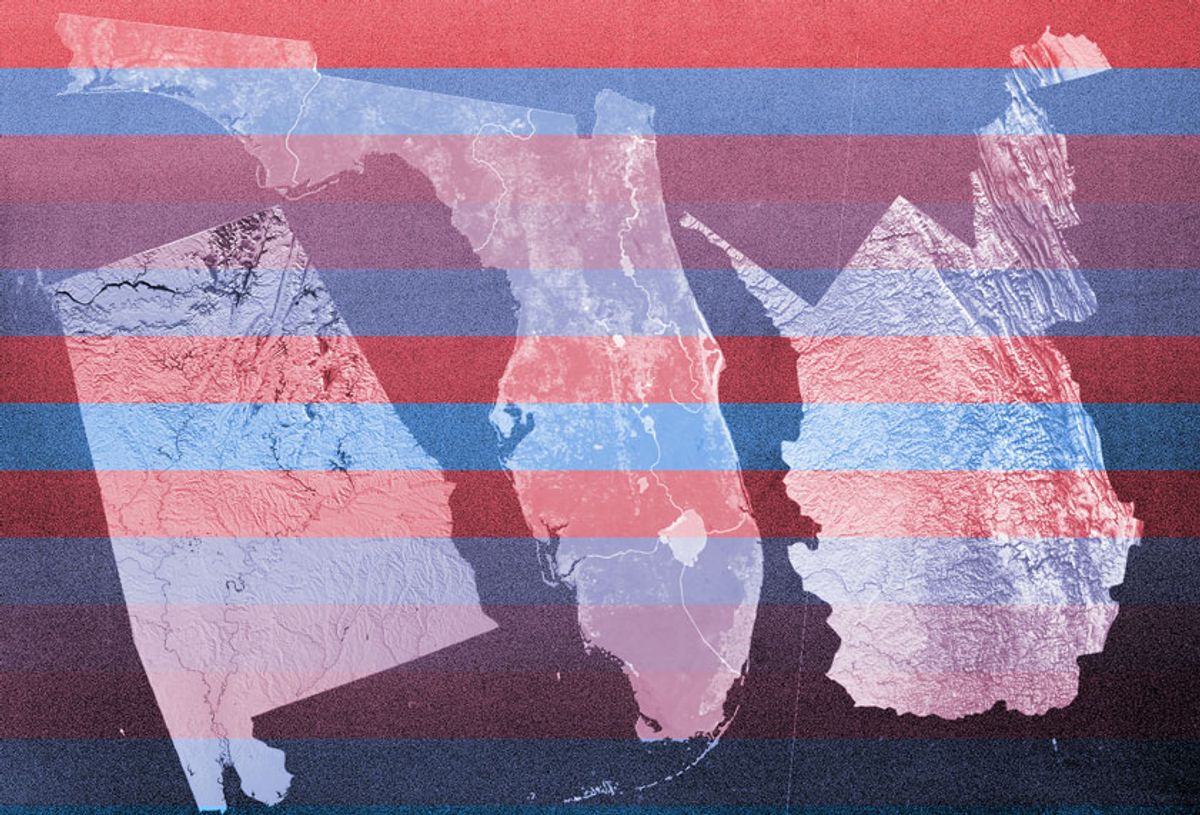 Republican gerrymandering guru Thomas Hofeller was involved in racial redistricting efforts in more states than previously known, according to files obtained from his hard drives after his death.

After Hofeller's death earlier this year, was revealed as a key driver behind the Trump administration’s push to add a citizenship question to the U.S. census. Hofeller's estranged daughter found a trove of files on his hard drives and has shared them with activists and journalists. Hofeller was paid millions by the Republican National Committee to devise new redistricting maps, and argued in the files that the citizenship question “would clearly be a disadvantage to the Democrats” and “would be advantageous to Republicans and non-Hispanic whites.”

More files obtained by former Salon editor David Daley for The New Yorker revealed that Hofeller compiled troves of racial data that were used in North Carolina’s illegally gerrymandered map and by Republicans in other states.

More files obtained by Daley show that Hofeller also participated in redistricting in Alabama, Florida and West Virginia, he wrote at The Intercept. The files show that Hofeller and Republican operatives “experimented with using race as the primary factor in drawing districts,” he wrote.

Hofeller’s files show that he was involved in Alabama’s redistricting effort from the start. The Supreme Court later ruled that Alabama’s state legislative maps were an unconstitutional racial gerrymander because Republicans intentionally packed minority voters into as few districts as possible to give Republicans an advantage in most other areas. A lawsuit challenging the state’s congressional districts as a racial gerrymander is still pending.

Hofeller’s files show that he created the document used as the starting point in Alabama’s redistricting effort. Hofeller’s emails show that he shared the files with Republican leaders in the state and continued to be involved in the effort as it moved forward.

A folder marked “Alabama" in Hofeller’s files included a five-year estimate of the state’s citizen voting-age population and a spreadsheet of citizenship estimates broken down by race. The files could come up in the upcoming lawsuit challenging the congressional districts, where voters allege that the state packed the majority of black voters into a single district to dilute their voting power elsewhere.

Hofeller’s files may also be relevant in a Florida lawsuit. The League of Women Voters previously sued the state, alleging that Republican lawmakers illegally drew partisan maps in secret and then “smuggled” them into the public process in violation of the state constitution, which bars partisan redistricting, The Intercept reported.

Hofeller submitted an affidavit in the case denying that he had been in contact with any Florida lawmakers regarding their redistricting effort. But emails found on his hard drive show that he flew to the state’s capital to meet with Republican strategists during the redistricting effort. The strategists then met with an election lawyer in Washington and, days later, produced nearly completed state Senate maps. Emails revealed during the trial showed that the strategists aimed to pack as many minority voters into as few districts as possible. Hofeller’s files included extensive data on Florida, including a spreadsheet marked “Florida Minority Senate Data.” A Florida judge later struck down many of the districts, ruling that the evidence showed that Republicans secretly created a partisan gerrymander in violation of the state’s constitution.

The files showed Hofeller celebrating the Supreme Court’s decision to gut the Voting Rights Act in 2012, when the justices ruled that states with a history of racial discrimination no longer needed pre-clearance to make any voting changes.

“This is great news,” Hofeller wrote to a Florida Republican operative who had been involved in the redistricting.

Hofeller’s files also included maps of Charleston, West Virginia, that broke down the black voting-age population block by block. It’s unclear what, if anything, he did with this data. He has not been previously linked to any redistricting efforts in the state.

“This would be beyond the pale,” Rick Martin, president of the NAACP’s Charleston branch, told The Intercept. “This is all a strategy designed to weaken and in many instances negate the vote of African Americans and also poor people.”

Hofeller’s former company and the Republican Party have sued in North Carolina to seek a court order to keep the files secret after they were used as evidence in a lawsuit that led to the state’s gerrymander being struck down.

The company, Geographic Strategies, has asked for “all copies of the Hofeller files to be destroyed” and for Daley to be banned from publishing anything else about the Hofeller files, The Raleigh News & Observer reported.

The RNC, which paid Hofeller’s company more than $22,000 per month ahead of his death, has also joined the case. According to judges, the RNC has asked the court to “protect certain files.”

The files were first obtained by Common Cause. Kathay Feng, the group’s national redistricting director, told The New York Times that the files are crucial in fighting the falsehoods used by political operatives to push illegal racially gerrymanders around the country and the Trump administration’s census citizenship question effort.

“We’ve already seen that these files have been instrumental in exposing lies around the effort to add a citizenship question to the census and around subverting a court’s order to redraw gerrymandered lines,” she said. “The Hofeller files are important because they’re the only thing that will allow the American people to know the truth behind the efforts to rig redistricting and elections. They have to be made public.”