Fossil fuel cronyism is bogging down the Biden bandwagon 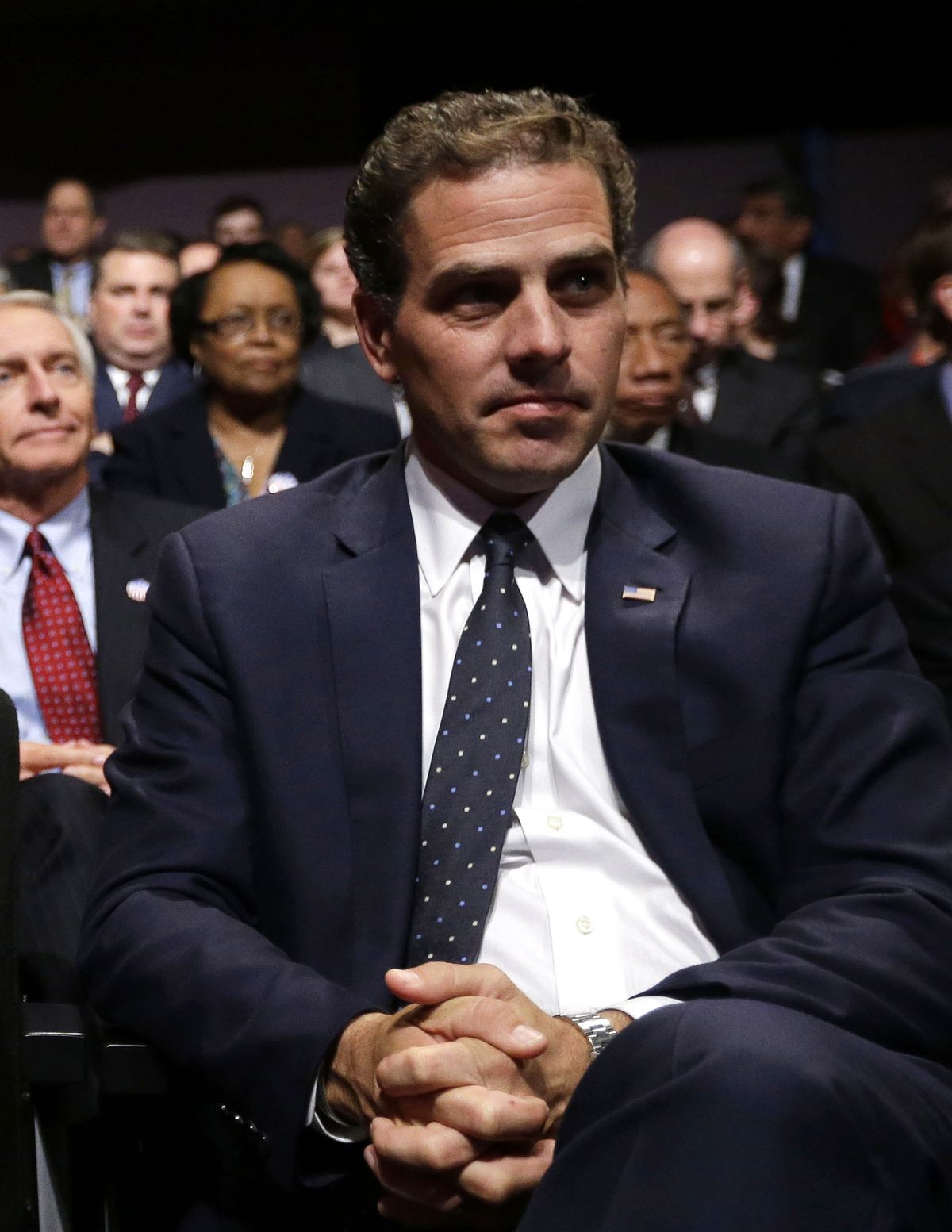 In this Oct. 11, 2012, file photo Hunter Biden waits for the start of the his father's, Vice President Joe Biden's, debate at Centre College in Danville, Ky. In 2014, Hunter Biden was hired by a private Ukrainian company that promotes energy independence from Russia. (AP Photo/Pablo Martinez Monsivais, File) (AP)
--

Given mass media’s fractured focus, the odds are against a clarion call to radical action breaking through the corporate media static.

And yet, Greta Thunberg — the 16-year-old Swedish climate change campaigner — did just that at the Climate Action Summit at the United Nations. In front of the planet’s adult leaders, Thunberg gave a stinging rebuke for their failure to address the eco-calamity that’s worsening by the day.

“People are suffering,” she said. “People are dying, and entire eco-systems are collapsing. We are in the beginning of a mass extinction and all you can talk about is money and fairy tales of eternal economic growth. How dare you.”

She continued, “For more than 30 years the science has been crystal clear. How dare you continue to look away and come here and say that you are doing enough when the politics and solutions are still nowhere in sight.”

For me, Ms. Thunberg’s observation about the politics and solutions being nowhere in sight to address global warming is exemplified by former Vice President Joe Biden’s willful blindness to the fossil fuel cronyism epitomized by his son Hunter’s Ukrainian gas adventure that played out from 2014 to early this year.

In 2014, Hunter Biden joined the board of Burisma Holdings, a Ukrainian natural gas company founded in 2002 by Mykola Zlochevsky, an associate of the former President of the Ukraine, Victor Yanukovych, the Putin front man in that country and Paul Manafort’s star client.

Business Insider points out that Hunter signed up on the board a month after Russia annexed Crimea from the Ukraine. Reportedly, Biden was getting as much as $50,000 a month as a board member, for what amounts to a nepotistic sinecure purely designed to give Burisma global credibility as a consequence of Biden’s last name.

The company’s press release at the time said Biden would be in charge of the holdings unit and would “provide support of the company among international organizations.”

Judging by what else was on his plate at the time, it was hardly a fulltime job. The press release said he was of counsel to the Boies, Schiller & Flexner law firm of Gore vs. Bush fame, co-founder and managing partner with the investment firm Rosemont Seneca Partners and on the board of the World Food Program.

Zlochevsky, the gas company’s founder, served as Yanukovych’s Minister of the Environment.

The energy extraction industry is world-renowned for operating like a Trumpian revolving door for the political elite.

Whether it be in the Americas, Europe, Asia or Africa, the best way to get the government buy in is to buy the government officials and employ their relatives. It’s just another pyramid scheme and tithing to the top is required.

In the 21st century, massive wealth creation and preservation is done on the multi-national stage. And while fossil fuel extraction is very much a localized activity, to pursue it on a global scale you have to have money to burn.

And it is important to not only amass huge amounts of capital (so you can make even more), but to accumulate political influence — because the energy extraction industry is a high-risk, polluting business, in which you have to count on governments to look the other way when required.

As Naomi Klein observed in “This Changes Everything: Capitalism vs. Climate” we are out of time for anything short of a radical economic and political transformation that redefines “wealth” and the methods by which we accumulate it.

“I think the answer is far more simple than many have led us to believe: we have not done the things that are necessary to lower emissions because those things fundamentally conflict with deregulated capitalism, the reigning ideology for the entire period we have been struggling to find a way out of this crisis,” writes Klein.

Klein continues, “We are stuck because the actions that would give us the best chance of averting catastrophe—and would benefit the vast majority—are extremely threatening to an elite minority that has a stranglehold over our economy, our political process, and most of our major media outlets.”

If we don’t want our civilization to be powered by fossil fuels, we have to dismantle the political machines that feed off the wealth it generates.