McCain slams Conway for selling her soul: "Without Trump, she’s just another chick on cable news" 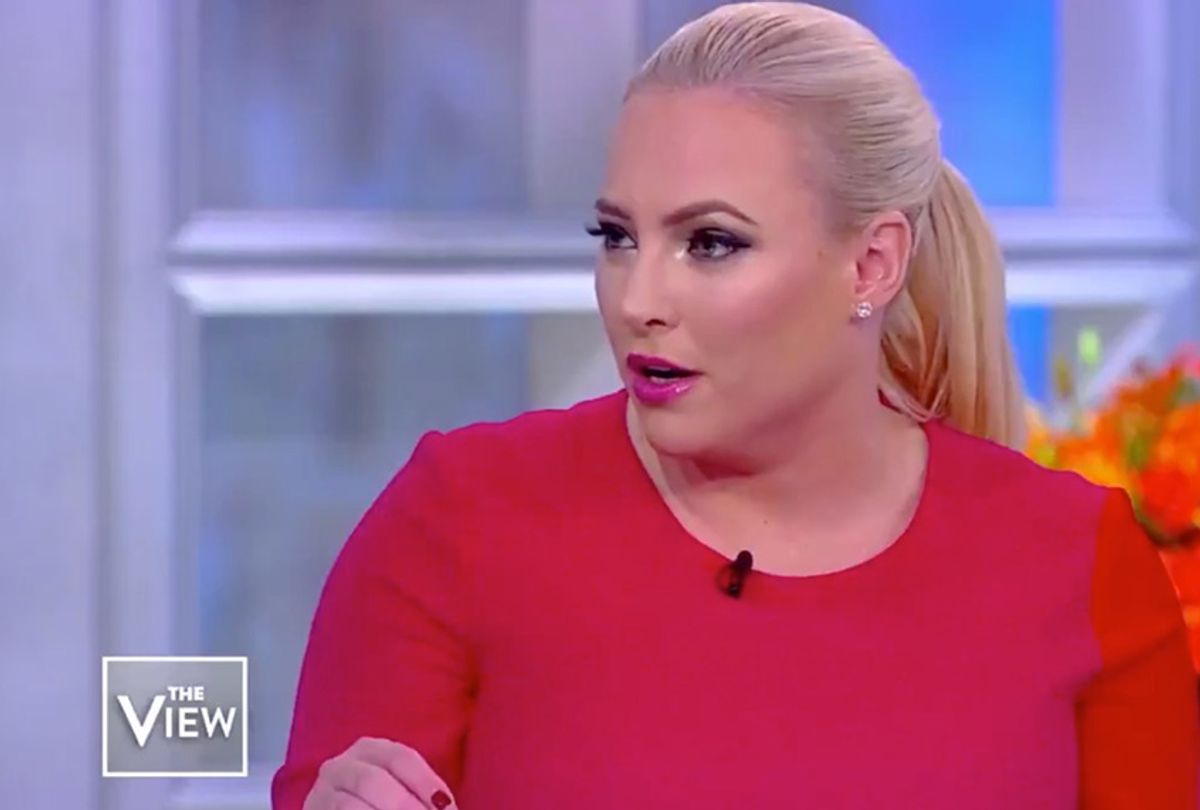 “The View” panelists discussed the growing Ukraine scandal that’s ensnared Secretary of State Mike Pompeo, Attorney General William Barr and the president himself, and they all agreed the White House response had been chaotic.

“If you’re in the White House and your surrogates are just bombing left and right and making complete jackasses of themselves, going viral with their explanations, you have to try and retake the narrative,” McCain said.

Pompeo had been seen as one of the more honorable members of the Trump administration until he was caught peddling lies about the president’s phone call to his Ukrainian counterpart, McCain said.

“The narrative is completely spun out of control in every way,” she said. “Talk about blowing it on a J.V. level. If you have something to tell me that explains why you don’t think this is unethical or illegal, please get somebody out there with more than three brain cells to explain it to Republicans.”

“But Stephen Miller and Rudy Giuliani are making this exponentially worse, and now Mike Pompeo is making it worse.”

Co-host Joy Behar said she didn’t understand why Pompeo, Barr and Giuliani were shredding their reputations for Trump, as other Republicans have.

“I understand why Lindsey Graham is selling his soul,” Behar said. “He wants to be re-elected in South Carolina. He has at least — a nefarious (one) — but a motive. I don’t get what the motive is to lie down with this dog and get up with fleas. I don’t see why they did it.”

Behar said many of Richard Nixon’s top officials wound up in prison for Watergate, but McCain explained why Miller and Conway risked so much to stay in the White House.

“Without Trump, Kellyanne Conway is just another chick on cable news,” McCain said. “Stephen Miller’s just another dude. A lot of these people will not have the same kind of reputation or power that they do working in the White House right now.”