Nancy Pelosi schools Trump about the ethics of his Ukraine call: "It’s not perfect — it’s wrong!"

“He admitted that this call took place and that what happened was ‘perfect,'” Pelosi said of Trump 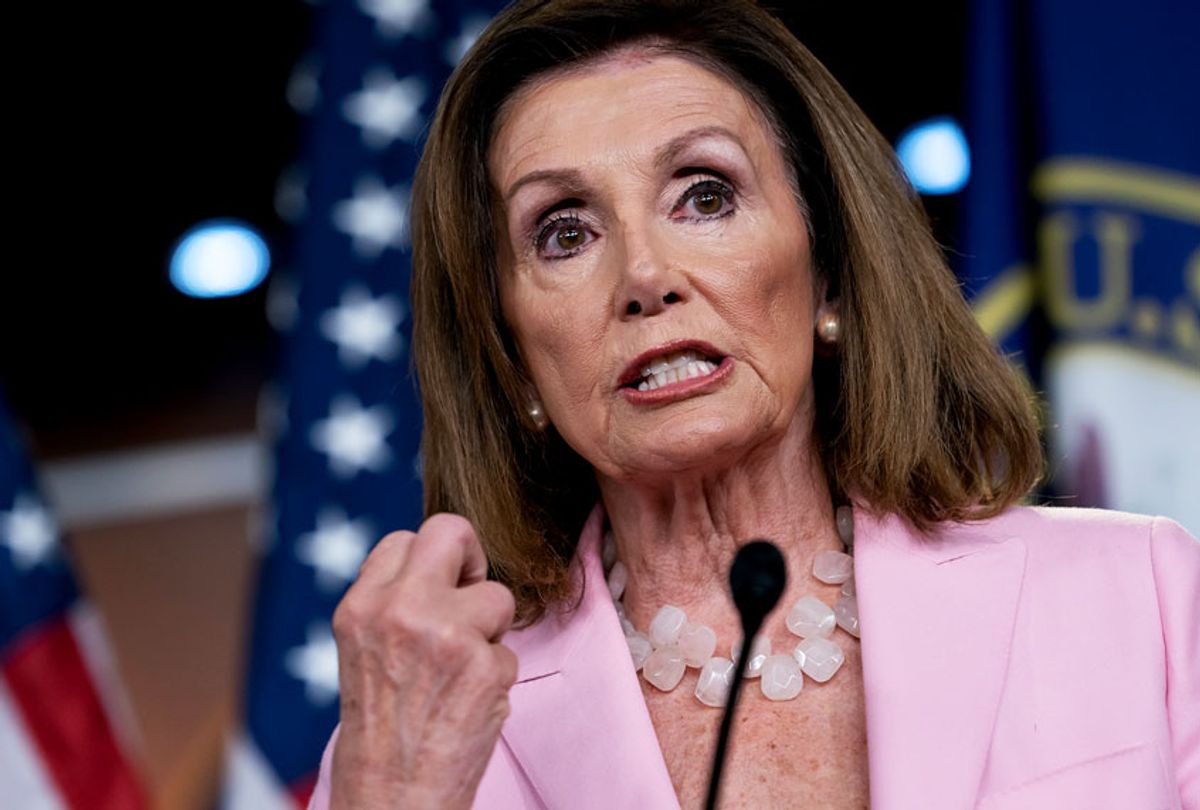 House Speaker Nancy Pelosi (D-CA) on Wednesday revealed how she schooled President Donald Trump after he tried to convince her that his call putting pressure on Ukrainian President Volodymyr Zelensky to dig up dirt on Joe Biden was no big deal.

During a press conference, Pelosi said that Trump called her last week and began by talking up supposed “progress” on gun violence legislation, despite the fact that she knew of no progress other than what the Democratic-led House had already sent over to the Senate.

She then said Trump pivoted to his now-infamous call with Zelensky in which he repeatedly pressed the Ukrainian president to launch investigations into Biden, who is a potential rival in the 2020 presidential election.

“He admitted that this call took place and that what happened was ‘perfect,'” she said. “I said, ‘It’s not perfect, it’s wrong! But your admission to what has now been in the public domain informs the timing of how we go forward.”