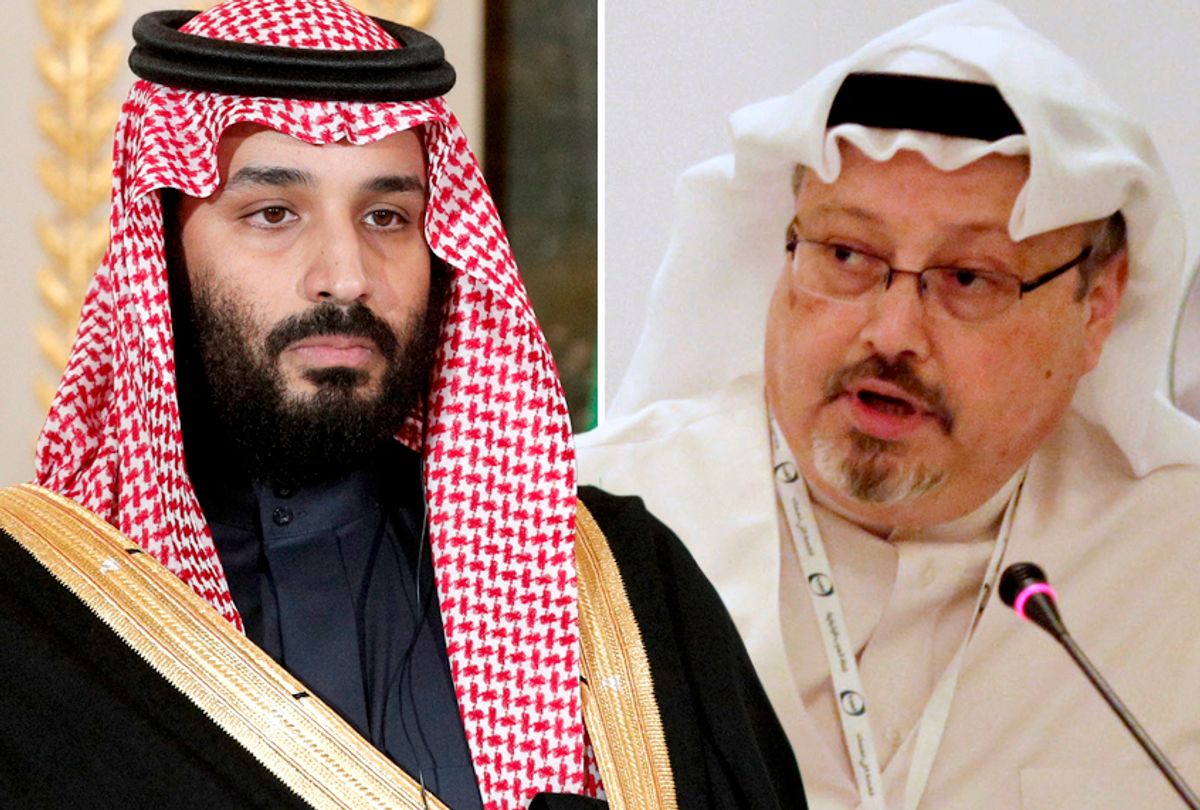 Executives from some of the world's largest corporations are quietly planning to attend a major investment conference in Saudi Arabia set to take place just days after the one-year anniversary of the brutal murder of journalist Jamal Khashoggi.

Khashoggi's disappearance last October sparked a mass exodus from the annual event — informally known as "Davos in the Desert" — as executives worried attendance could harm their companies' brands.

But the Washington Post reported Monday that, just over a year later, more than 150 executives representing firms like JPMorgan Chase, BlackRock, and Goldman Sachs are back on the list of expected conference attendees.

BlackRock chief executive Larry Fink insisted in a LinkedIn post that he is attending the event to push for reform in Saudi Arabia. Critics countered that executives like Fink are hoping the people of the world have forgotten about the gruesome murder of Khashoggi at the hands of the Saudi kingdom.

"Corporations like BlackRock may have decided it's time to move on from the Saudi government's murder of Jamal Khashoggi, but we haven't," tweeted progressive anti-war group CodePink. "Not until there is #JusticeForJamal."

Sen. Bernie Sanders of Vermont, a 2020 Democratic presidential candidate, condemned the "insatiable" greed of corporate executives who are willing to overlook the killing of Khashoggi and the Saudi kingdom's war crimes in Yemen to profit off the country's oil.

The Post reported that more than 150 executives — including 40 from U.S. corporations — have confirmed they plan to attend the conference, which is slated to begin Oct. 29.

"A cheery invitation to the Future Investment Initiative sent by Yasir al-Rumayyan, who is the head of Saudi Arabia's sovereign wealth fund and was recently named chair of Aramco, promised 'unparalleled networking among CEOs, world leaders, and experts,'" according to the Post, which reviewed a copy of the invitation.

"Are there any major financial institutions that have declined this blood-stained invitation?" Jaffer asked.

"It's not a principled stance for businesses to stand against the Saudi murderers of Jamal Khashoggi until they hope people have forgotten about him (which in any event they haven't)," said Kenneth Roth, executive director of Human Rights Watch.

A detailed United Nations report published in June concluded it is "inconceivable" that Saudi Crown Prince Mohammed bin Salman (MbS) was not involved in the murder of Khashoggi, whose body has not been found.

In a "60 Minutes" interview last Sunday, MbS denied ordering the Khashoggi murder but conceded "it was committed by individuals working for the Saudi government."

Joel Simon, executive director of the Committee to Protect Journalists, said Monday it is "shocking that one year has passed without justice" for Khashoggi.

"Saudi Arabia must not be allowed to cover up this murder and go about business as usual, detaining and harassing its critics," Simon said in a statement. "The U.S. must make public what the intelligence community knew about threats to Khashoggi and who it has determined is responsible for his murder. The public deserves to know the truth, and governments around the world must know that depraved acts of violence will not go unpunished."