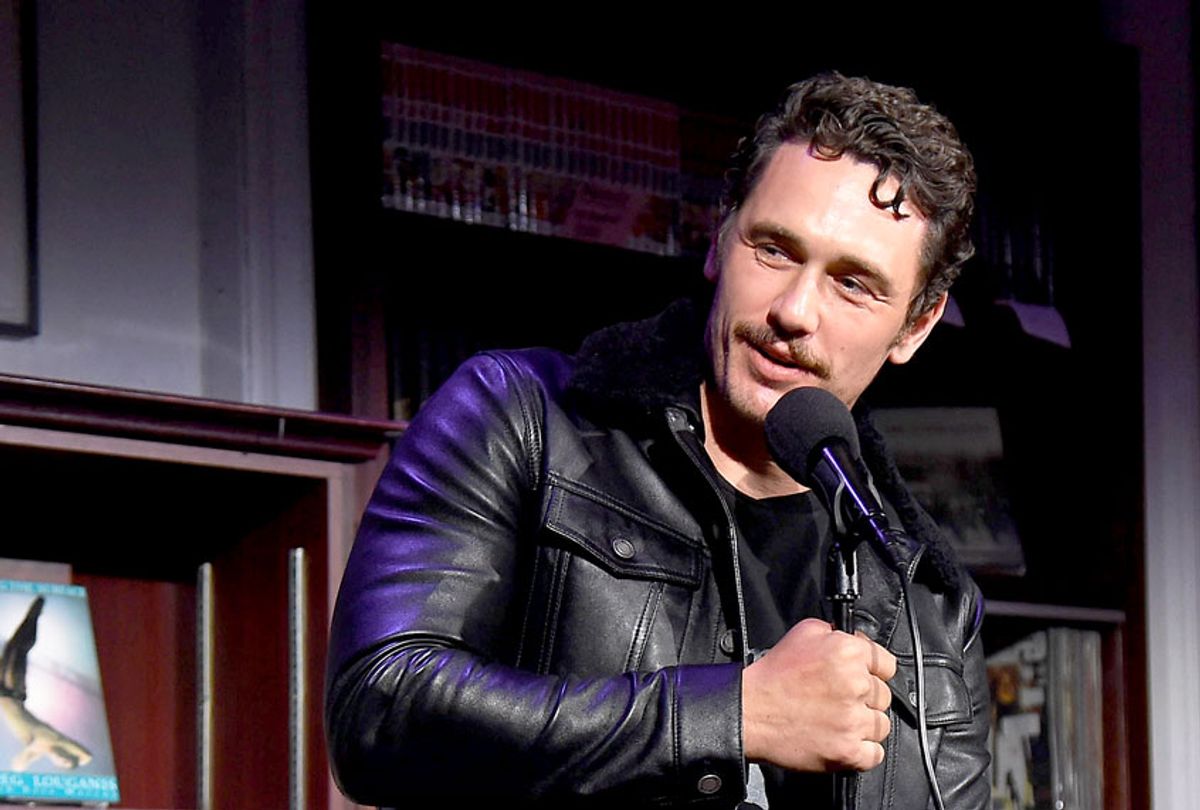 Actor James Franco does a reading onstage during 'An Evening with the Cast of HBO's The Deuce' to benefit Housing Works at Housing Works Bookstore Cafe on June 23, 2019 in New York City. (Gary Gershoff/Getty Images for Housing Works)
--

“The complaint alleges that, while Studio 4 was portrayed as a legitimate acting school that would provide direct opportunities to work with Franco and his production company, Rabbit Bandini, the school was a ploy designed to take advantage of unsuspecting student actors financially and sexually,” wrote representatives from Valli Kane & Vagnini, the New York-based firm which is representing the plaintiffs, Sarah Tither-Kaplan and Toni Gaal.

They continue: “The school’s true goal was creating a constant pipeline of women Franco and others could exploit professionally and place in compromising sexual situations.”

According to the New York Times, Tither-Kaplan and Gaal say in the lawsuit that Mr. Franco and his partners “engaged in widespread inappropriate and sexually charged behavior towards female students by sexualizing their power as a teacher and an employer by dangling the opportunity for roles in their projects.”

The suit also alleges that Studio 4 was an avenue through which Franco and his entourage could collect tuition for their own personal gain, while stockpiling explicit footage of women.

“The school diminished a woman’s role on set to that of a sexual object who could only obtain professional opportunities through gratuitous nudity, explicit sex scenes and succumbing to sexual advances by the men in charge,” the legal representatives from Valli Kane & Vagnini wrote. “In essence, Franco took the ‘casting couch’ to another level by creating a ‘casting class.’”

Studio 4 was founded by Franco in 2014; by 2017, the Los Angeles Times had reported on several accusations from former students, including Tither-Kaplan, of Franco’s sexually exploitative behavior.

At the time, Franco’s attorney Michael Plonsker disputed all of the women’s allegations. He had just appeared on the Golden Globe Awards wearing a Time’s Up pin — a sign of solidarity with the movement dedicated to bringing attention to sexual exploitation and abuse in the film industry — on his lapel while accepting his award for “The Disaster Artist.”

When appearing on “The Late Show With Stephen Colbert” in the wake of the scandal, he said he was comfortable taking responsibility for things he had done.

“I have to do that to maintain my well being. The things that I heard that were on Twitter are not accurate,” Franco said. “But I completely support people coming out and being able to have a voice because they didn’t have a voice for so long. So I don’t want to shut them down in any way.”

But in 2017, Studio 4 officially closed, and Franco went on to other acclaimed projects, including HBO’s “The Deuce,” which just released its third season.

In their statement regarding the suit, representatives from Valli Kane & Vagnini wrote: “Through this lawsuit, our clients are seeking to empower other women who have experienced similar treatment and to know that they are not alone.”