"It seems evidence of Trump's corruption is hiding under every rock. You just need the courage to look" 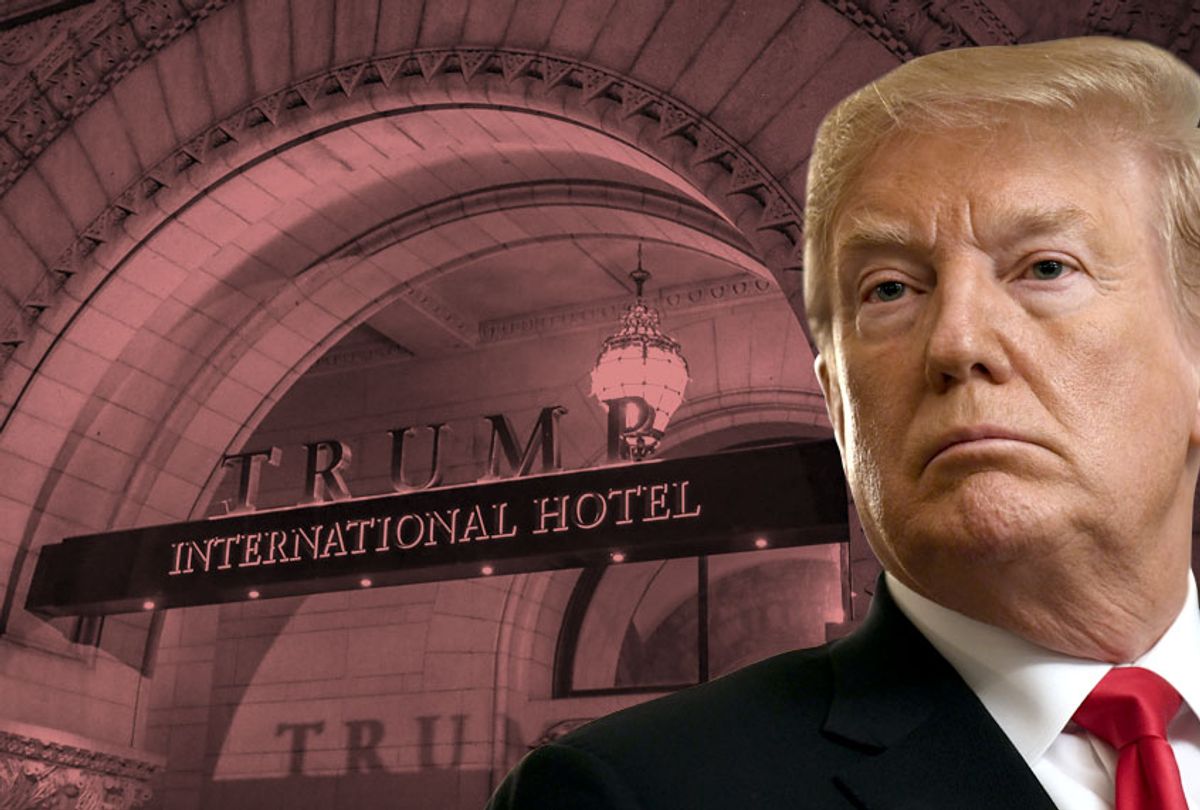 As part of the Democrats' broad impeachment inquiry into President Donald Trump, the House Committee on Oversight and Reform is reportedly investigating whether groups booked reservations for rooms that were then left empty at Trump hotels in attempts to curry favor with the president.

According to Politico, which broke the news on Wednesday, the hotel investigation is "a previously unreported part of a broader examination by the House Oversight Committee... into whether Trump broke the law by accepting money from U.S. or foreign governments at his properties."

"The investigation began after the committee received information that two entities — a trade association and a foreign government — booked a large quantity of rooms but only used a fraction of them," Politico reported, citing an unnamed source.

Tim Karr of the advocacy group Free Press tweeted in response to Politico's report: "It seems evidence of Trump's corruption is hiding under every rock. You just need the courage to look."

"Now we're looking at near raw bribery," said Rep. Gerry Connolly (D-Va.), chair of Oversight's Subcommittee on Government Operations, which has jurisdiction over Trump's hotel in Washington. Oversight is one of six House committees participating in the ongoing impeachment inquiry.

"That was the risk from day one—foreign governments and others trying to seek favor because we know Trump pays attention to this," Connolly told Politico. "It's an obvious attempt to curry favor with him."

Rep. Ro Khanna, (D-Calif.), another member of the House Oversight Committee, said that "if true, at minimum this suggests there is a culture of corruption that the administration has created."

"There's a sense that to curry favor you have to engage in pay to play," Khanna added. "That's exactly what the American people hate about Washington."

The U.S. Constitution contains a pair of "emoluments clauses." One bars federal officeholders from accepting gifts or other things of value from foreign governments or its representatives; and one bars the president from receiving any "emolument" from the U.S. federal government or the states other than the official compensation for his elected position. American watchdog groups have long accused Trump of violating the emoluments clauses by inappropriately benefiting from his business empire.

In January of 2017, then-President-elect Trump provoked widespread outrage by announcing that—unlike past presidents and despite pressure to sell off his assets and put the proceeds in a blind trust—he would hand over control of his businesses to his sons, Don Jr. and Eric, along with longtime Trump Organization executive Allen Weisselberg.

Since then, Citizens for Responsibility and Ethics in Washington (CREW) has challenged Trump's refusal to divest and alleged violations of the emoluments clauses in federal court. Public Citizen has documented instances of political candidates, foreign governments, interest groups, other private entities, U.S. federal agencies, and Trump's own presidential campaign collectively spending millions of dollars at Trump properties.

Last week, the White House released a memo detailing the phone call between Trump and Ukrainian President Volodymyr Zelensky that prompted Democratic House Speaker Nancy Pelosi to finally launch the impeachment inquiry. During the call, Zelensky supposedly told Trump, "last time I traveled to the United States, I stayed in New York near Central Park and I stayed at the Trump Tower."

Public Citizen president Robert Weissman, who described Zelensky's remark as an attempt to flatter Trump, said that "this kind of casual corruption is an inevitable outgrowth of Trump's refusal to divest his business holdings and his everyday violation of Constitution's anti-corruption clause."

Trump, for his part, has denied any wrongdoing. Last month, following reports that Vice President Mike Pence had stayed at a Trump property in Ireland at the president's "suggestion," Trump said: "I had no involvement, other than it's a great place. It wasn't my idea for Mike to go there."

"I don't suggest anything," the president added. "I have a lot of hotels all over the place, and people, they use them because they're the best."