Harvard's systemic nepotism revealed: only 57 percent of admitted white students were on merit 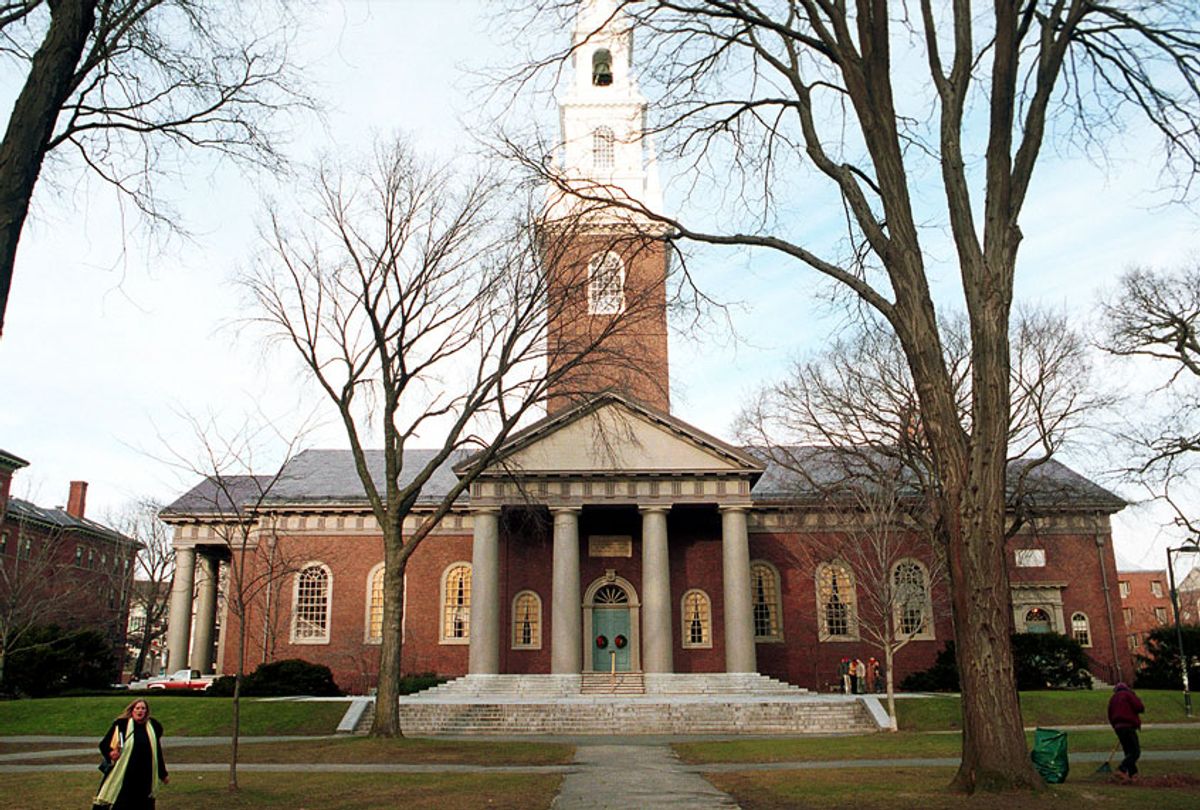 Although a federal judge recently sided with Harvard University in a challenge to the school’s consideration of race in admissions, a new study from the affirmative action lawsuit raises more questions about the degree to which the storied Ivy League university admits legacy students into its hallowed halls.

Economists Peter Arcidiacono, Josh Kinsler and Tyler Ransom wrote the study, which was published earlier this month by the National Bureau of Economic Research. The data, which spans from 2009 to 2014, was made available by the aforementioned lawsuit led by Students for Fair Admission (SFFA).

“Detailed data on how universities practice holistic admissions are virtually never made available to researchers,” the researchers stated in the study. “Through the SFFA lawsuit, unprecedented access was given to how Harvard rates their applicants as well as how applicant characteristics, including these ratings, translate into admissions.”

According to the study, 43 percent of white Harvard students admitted were legacy students, children of staff, on the dean’s interest list—meaning their parents or relatives have donated to Harvard—or were recruited athletes. Aside from admits in the four categories, which the study’s authors refer to as ALDCs, only 57 percent of white student admits were meritocratic-based decisions.

“Over 43% of white admits are ALDC, compared to less than 16% of admits for each of the other three major racial/ethnic groups,” the authors state. “Indeed, due in part to the nature of the sports that Harvard offers, recruited athletes alone make up over 16% of white admits.”

The study also states that an estimated 75 percent of white students admitted from those four categories “would have been rejected” if it weren’t for falling into one of the four categories. Nearly 70 percent of all legacy applicants are white, yet the study stated that a white person’s chances of being admitted increased 7 times if they have family who donated to Harvard.

Harvard’s acceptance rate for its class of 2023 was 4.5 percent.

“We show that removing legacy and athlete preferences results in shifts in admissions away from white applicants with each of the other groups either increasing or staying the same,” the authors state. “At the same time, fewer high-income applicants would be admitted.”

Race and admissions have been widely talked about lately thanks to the SFFA lawsuit. On Tuesday, federal judge Allison Burroughs sided with Harvard University stating Harvard’s admissions policy does not discriminate against Asian American applicants. The lawsuit against Harvard alleges its consideration of race discriminates against Asian American applicants

“The process would likely benefit from conducting implicit bias trainings for admissions officers, maintaining clear guidelines on the use of race in the admissions process, which were developed during this litigation, and monitoring and making admissions officers aware of any significant race-related statistical disparities in the rating process,” Burroughs wrote in the ruling. “That being said, the Court will not dismantle a very fine admissions program that passes constitutional muster, solely because it could do better.”

Edward Blum, an activist for Students for Fair Admissions, who brought forth the suit, said in a statement the group is upset with the ruling.

“Students for Fair Admissions is disappointed that the court has upheld Harvard’s discriminatory admissions policies," Blum said in a statement. "We believe that the documents, emails, data analysis and depositions SFFA presented at trial compellingly revealed Harvard’s systematic discrimination against Asian-American applicants.