Why siestas are actually good, and other misconceptions about sleep — debunked

Siesta cultures have it right: it doesn't matter if you get 8 hours at night — if you make it up during the day 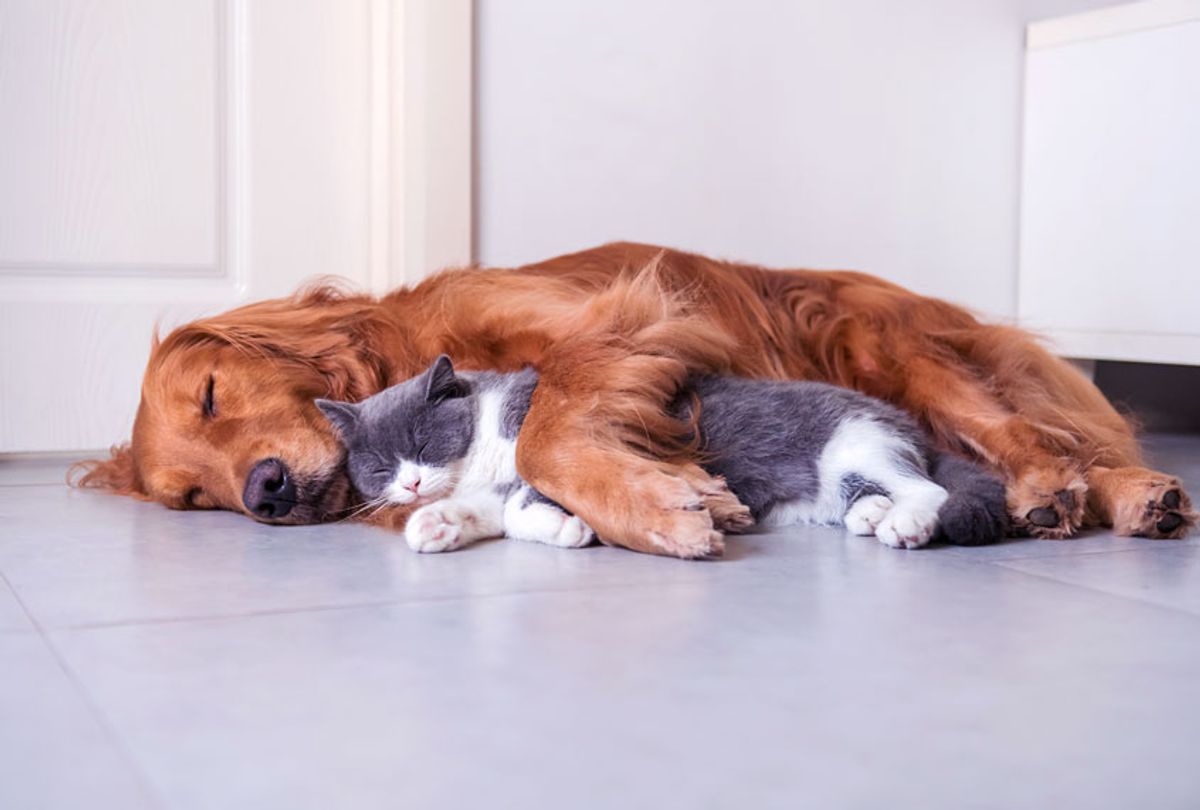 Excerpted with permission from How to Sleep Well: Everything You Need to Know about Getting a Good Night’s Sleep from Diet, Routine, Environment, Lifestyle, and More by Dr. Chris Idzikowski. Copyright 2019 by Skyhorse Publishing, Inc.

Sleep is usually defined as a time when an animal stops responding to its surroundings. Most animals close their eyes. Many adopt a specific posture – dogs and cats curl up; bats hang upside down. To distinguish sleep from coma and death, scientists note that this state is reversible!

With human beings, we are used to thinking of sleep as a time when we stop, more or less completely, being aware of anything. For some, it can be a sanctuary, a place to escape. For others, such as sleep apnoeics it is a nuisance, often making them drop off unexpectedly during the day. In others still, the boundaries between sleep and waking can be blurred.

What is normal sleep?

There is no straightforward answer to this question, as sleep varies so much, with age, between individuals and with circumstance that it is difficult to give a precise answer. The time a person sleeps, the duration of the sleep, the continuity of the sleep and the recuperative value of the sleep is an amalgamation of various factors, including general health, habits and family demands. Normality needs biological, personal and social frames of reference before an answer can be given. If you feel that there is something wrong with your sleep, and you do not feel well or cannot cope, and if the problem has been going on for several months, then read on.

In industrialized societies sleep is a compromise between biology and the demands of society — it is said that Thomas Edison created havoc by inventing the electric light bulb. There is evidence to suggest that normal sleep does not consist of one block of 7 1⁄2 hours during the night. It is more likely that our biology is designed to allow us to sleep for about 6 hours during the night and 1 1⁄2 hours during the day. The cultures where this pattern of sleep can be seen – the siesta cultures – have virtually disappeared. Sleeping just once in 24 hours is called monophasic sleep, whereas broken sleep is polyphasic. In evolutionary terms, polyphasic animals are the most common, whereas monophasic animals have evolved more recently. Polyphasic patterns of sleep are the most common.

Nocturnal animals are generally active during the night but get some sleep; they sleep during the day but are also active. Diurnal (daytime) animals are more active during the day but also get lots of naps, and vice versa during the night. How well an animal can manage in its environment depends largely on the sense organs it uses. Animals that rely largely on the visual system are likely to be diurnal and will get most of their sleep during the night. Other influences such as satiety (how well-fed the animal feels), body and brain temperature, the previous duration of wakefulness and safe location all contribute to the likelihood of going to sleep.

As societies have become more information-sensitive, the need to maintain high levels of awareness has gone up. Sleep obviously reduces awareness, but even naps are associated with periods of poor information processing. The constant demand for alertness during the day not only prevents daytime sleep, but also has an impact on night-time sleep. However, you only need to look at pre-school children, people on holiday and the retired to see sleep reappearing during the day.

One piece of advice given in many magazine articles is not to nap during the day. I will return to this later, but it is worth noting that this is not necessarily good advice: it very much depends on the circumstances. Any sleep, however short, will reduce the pressure to sleep. In an ideal biological world, napping (polyphasic) sleep might be best, as the body is never unduly stressed. This contrasts with monophasic sleep patterns where pressure builds to a maximum during wakefulness and this sleep pressure is then reduced during sleep.

How long should I sleep?

Again, this is a common question. There is no straightforward answer because so many different factors need to be considered. However, you can say that good sleepers fall asleep quickly and have serene, deep and uninterrupted sleep; they do not snore; they wake up feeling refreshed and do not feel sleepy during the day; they feel that their sleep is enough (whatever it is).

Some people are constitutionally short sleepers (around 4 1⁄2 hours) but they do not usually complain about their short sleep if they feel well and are not sleepy or tired during the day. They may be worried about sleeping so little, but there is no need to if they feel OK and are satisfied with the way they are functioning. If they are happy with their lives, then the short sleep is a benefit, not a problem. They are probably happy because they are doing something productive and have the edge on everyone else! It is very difficult to turn yourself into a short sleeper if your genetic makeup hasn’t made you one.

In the 1950s the American Cancer Society conducted a survey to try to identify factors involved in the development of cancers. This included a question about sleep duration. They found that the majority slept approximately 7 1⁄2 hours, give or take 1 1⁄2 hours. So, most of the population slept between 6 and 9 hours.

A small reduction in total sleep may not matter too much, as the lighter stages of sleep tend to be lost if the amount of time allowed for sleep is habitually reduced. In adults, nearly half of sleep consists of light sleep, a quarter of deep sleep and another quarter of REM (rapid eye movement, or dreaming) sleep. If you lose sleep one night, then the proportion of deep sleep and REM sleep increases the following night. Any deficit can be made up at weekends.

One study looked at nuns in a convent whose lifestyle forced them to have less sleep than the average. The nuns were given a dispensation to take part in the study, which allowed them to sleep as long as they liked in the morning. Their sleep rapidly moved back to the average, suggesting that even after years of training, it was impossible to learn to sleep less.

Prospective studies conducted indicate that there is a health risk for adults under 65 if sleep is less than 6 hours or more than 8 hours. Adults over 65 don’t risk any-thing with long or short sleep (within reason).

Long sleepers also feel that they have a problem, or in the case of adolescents, parents may feel that they have a problem. Sleep of 10 hours or more is unusual, but not something to worry about. Greater than this, or if it has changed suddenly, then it is useful to examine what is causing the extra sleep. If the sleepiness intrudes into the day then it should certainly be examined, as it may be pointing to disorders that are disturbing sleep during the night.

How long should it take me to fall asleep?

The time taken to go to sleep is normally between 5 and 20 minutes. If it takes longer than 30 minutes, then people start to wonder what has gone wrong.

How long should it take me to wake up?

For most people, waking up is not an issue – the alarm clock goes off, and even if they feel (and look) like zombies, they get up and go. Experimental studies have shown though that it takes around 20 minutes to shake off sleep in the morning. This is called sleep inertia and performance is affected during this time. If you always find it difficult to wake up and you find that you always have difficulty going to bed and getting to sleep, then you might be suffering from a biological clock disorder called delayed-sleep-phase syndrome.

How often should I dream?

Provided the dreams are not nightmares and are not leaving you drained, the maximum a person can dream depends on the amount of time spent in REM sleep. The ultradian cycle determines the timing of the dreams, which could be expected every 90 minutes. What is not clear is who recalls their dreams. If a person is woken up in a sleep laboratory or a sleep disorders center in the REM stage and asked what is going on in his or her mind, the sleeper is invariably dreaming. Awareness probably continues beyond the point marked under asleep in the table on page 19 so how lightly you sleep is important. Also, the length of time between a dream finishing and waking up will contribute to the chances of recalling a dream.

Heredity has a major effect on sleep depth and duration. Learned factors include what your parents (grandparents, nanny or babysitter) did to you when you were a baby and a youngster and what habits you have picked up over the years. In addition, environmental factors (such as bed, bedroom, latitude, season) and personal factors (such as good or poor health, menstrual cycle, menopause, age and so on) contribute to your sleep.

Excerpted with permission from How to Sleep Well: Everything You Need to Know about Getting a Good Night’s Sleep from Diet, Routine, Environment, Lifestyle, and More by Dr. Chris Idzikowski. Copyright 2019 by Skyhorse Publishing, Inc.

Dr. Chris Idzikowski, BSc PhD PFPsS, is a Chartered Psychologist and leading specialist in sleep disorders who has been conducting sleep research for over 30 years. Dr. Idzikowski helped found the British Sleep Society and is now the Director of the Sleep Assessment and Advisory Service and President of the Sleep Medicine Section of the Royal Society of Medicine. His book, "How to Sleep Well: Everything You Need to Know about Getting a Good Night's Sleep from Diet, Routine, Environment, Lifestyle, and More," was released in 2019 from Skyhorse Publishing.