The stealthy politics of "Finding Your Roots"

As Season 6 proves, in 2019 no examination of our history can be apolitical, especially our family tree 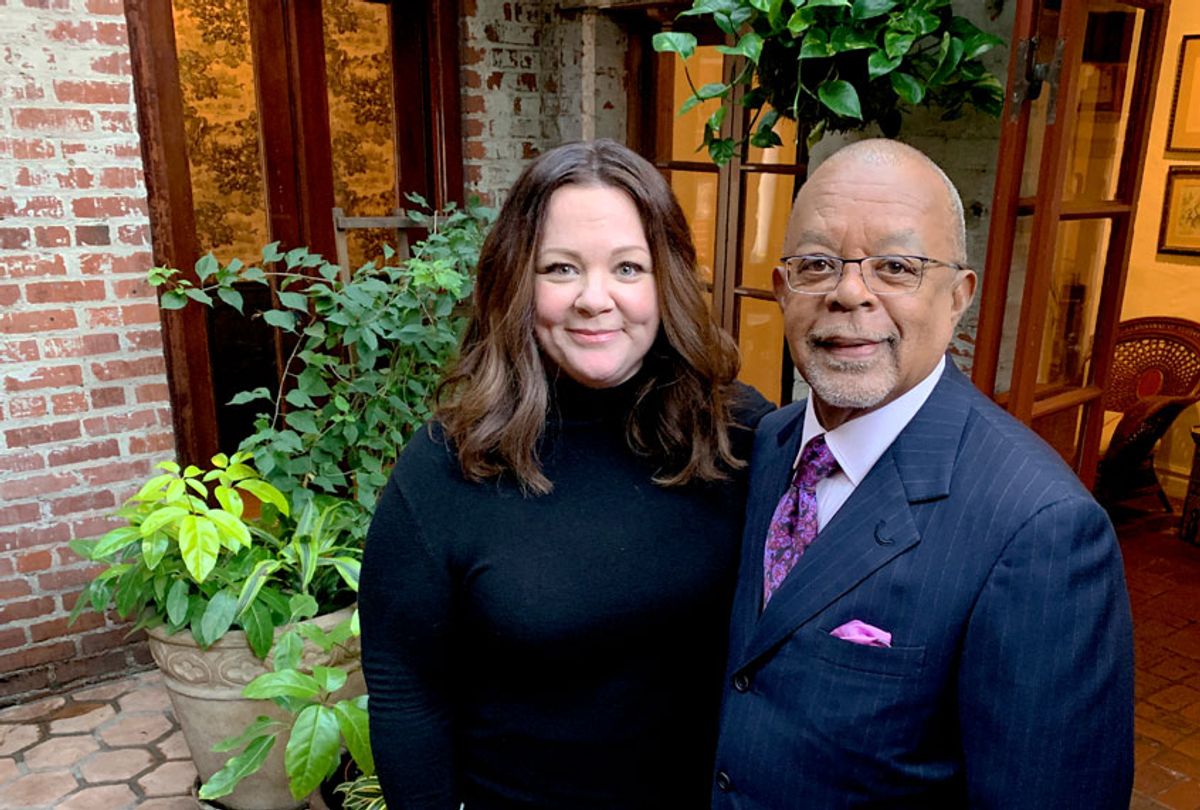 “Finding Your Roots” pitches the benefit of discovering one’s genealogical links as fervently as it promotes the importance of individual stories to the collective history of America. Anyone harboring concerns about privacy erosion might find that former notion a bit uncomfortable. Given the extensive coverage of what the consumer DNA testing industry does with our genetic material after we get back those oh-so-fun personal results, that aspect of this series unstated messaging should evoke a bit more skepticism about genetic tracing of our family tree than it likely does.

At the same time, there’s no deny how vital and engrossing Henry Louis Gates Jr.’s guided examinations of individual family histories can be.  If there were ever a time to come to terms with America’s true past — as recorded and verified as opposed to rewritten and edited to suit partisan agendas — it is in this era of alternate facts, gaslighting, and deliberate spin.

This also makes any carefully sourced corrections of widespread myths about history a political act, intentionally or not. PBS has long defended against accusations of liberal bias, usually coming from conservative politicians searching for some fresh red meat to serve to a portion of their base. But it has survived defunding threats time after time thanks to bipartisan support for its programming.

If placing PBS in its crosshairs remains an aim of this administration, Season 6 may give the right wing some ammo purely on the basis of who is being profiled. Among the sixth season’s 27 subjects are across-the-board favorites, such as Sigourney Weaver, Sterling K. Brown, Queen Latifah, RuPaul, and Jordan Peele.

In an interesting case of coincidental timing, this also happens to be the season that the series traces the lineage of House Speaker Nancy Pelosi. Before anyone gets their freedom trousers into a twist, remember that past seasons of “Finding Your Roots” have featured the late Arizona Republican Senator John McCain and Bill O’Reilly. A single fifth season episode traced the family trees of former Wisconsin representative Paul Ryan, Democratic presidential candidate Tulsi Gabbard, and Florida GOP senator Marco Rubio.

As “Finding Your Roots” embarks upon its sixth season Tuesday at 8 p.m. on PBS member stations, I suspect neither Gates nor PBS would characterize it as a politically inclined show, even though one of the most famous stories to come out of it is associated with Hollywood politics. Ben Affleck’s request to edit information about his ancestors having owned slaves out of a 2015 episode, a secret exposed by the Sony hack, is an example of everything a historians like Gates spend their careers diligently working against. And yet, Gates fulfilled Affleck's request, encouraged to do so by then-Sony Entertainment CEO Michael Lynton.

For Gates, works such as “African American Lives” and “Reconstruction: America After the Civil War” comment on the state of race relations in America simply by existing. In a conversation I had with Gates prior to the April debut of “Reconstruction,” he characterized it as a corrective to the false and incomplete history of the post-Civil War South, citing the debate over the removal of Confederate statues as one of the reasons the series is so important.

History’s truths are often ugly and our unwillingness to reconcile ourselves with that ugliness and the various roles our forebears played in it has gotten us to where we are today.

People tuning in to the series’ “Hollywood Royalty” premiere won’t be thinking about that. They’re in it for the promise of watching Isabella Rossellini, Anjelica Huston, and Mia Farrow, the subjects of its “Hollywood Royalty” episode. And guess what? Huston’s family owned slaves. She and Gates spend time ruminating on that fact, what it means, how she feels about it. But as always, before the proceeds tumble into too much darkness, Gates genially invites her to turn to the next page.

In the same way that “Antiques Roadshow” unlocks the glory and mystery of the American experience through the stuff we find in our attics, the gentle, vicarious shock and emotion of "Finding Your Roots" speaks to the power of the American story. And the choice to feature celebrities as opposed to unknowns is a key factor in its success for reasons beyond the usual.

As much as we think we know about these famous people, finding out about what they don’t know about themselves is more illuminating. In a culture where family myth-spinning has resulted in countless people claiming to be descendants of Cleopatra and Pocahontas, learning that even the most fortunate of us  likely had humbler origins in some tiny village in another land can be a tremendous leveler. The flipside of this is when a celebrity of color discovers their connection to some extraordinary forgotten ancestor who fought in the American Revolution as a free man.

Go back a few generations and each famous American’s story is an immigrant’s tale – that is the major takeaway of “Finding Your Roots.” Our culture is accepting of this to a point, depending on from whence those immigrants came and when they got here. Rossellini’s European lineage, closer to her and us than most, exemplifies what I’m talking about. Her mother, actress Ingrid Bergman, is Swedish; her father, filmmaker Roberto Rossellini, is Italian. She’s a naturalized American citizen born in Rome, and her family likely would have gained entry to America today given the socioeconomic status of her parents.

In contrast, Eric Stonestreet’s not-too-distant relatives spent time in German internment camps and had to register as enemy aliens in World War I. Melissa McCarthy’s third great-grandfather arrived here from Prussia just in time for the Civil War – and volunteered to fight for the Union.

Like most episodes of the series, this season's second hour of “Finding Your Roots,” bursts with an assortment of such family-specific plot twists among others that speak to our broader history, and the power of that can’t be underestimated. The ancestry-tracing market is booming in part due to the joy of witnessing these singular stories and wanting to flesh out our own in response.

The message here is a desire to know the truth of where we came from and what role that plays in who we are. In large part those quests are personal if not entirely private, and this makes public accounts such as the ones on this series equally as important to the mission of a common identity – and more than this, a grander reconciliation with our own stories and those others. A touching moment in Farrow’s story demonstrates this, as she discovers a detail about someone on her father’s side of the family committing a cruel act that likely is the reason he was never spoken of.

Later, after she finds out more about his life, she begins to weep for him, amazed at the level of empathy she feels for a man she despised only a few minutes earlier when she only knew part of his story.

"Finding Your Roots" airs Tuesdays at 8 p.m. ET on PBS.