The former president was asked on MSNBC if the House impeachment inquiry was a “good thing." Here is his response 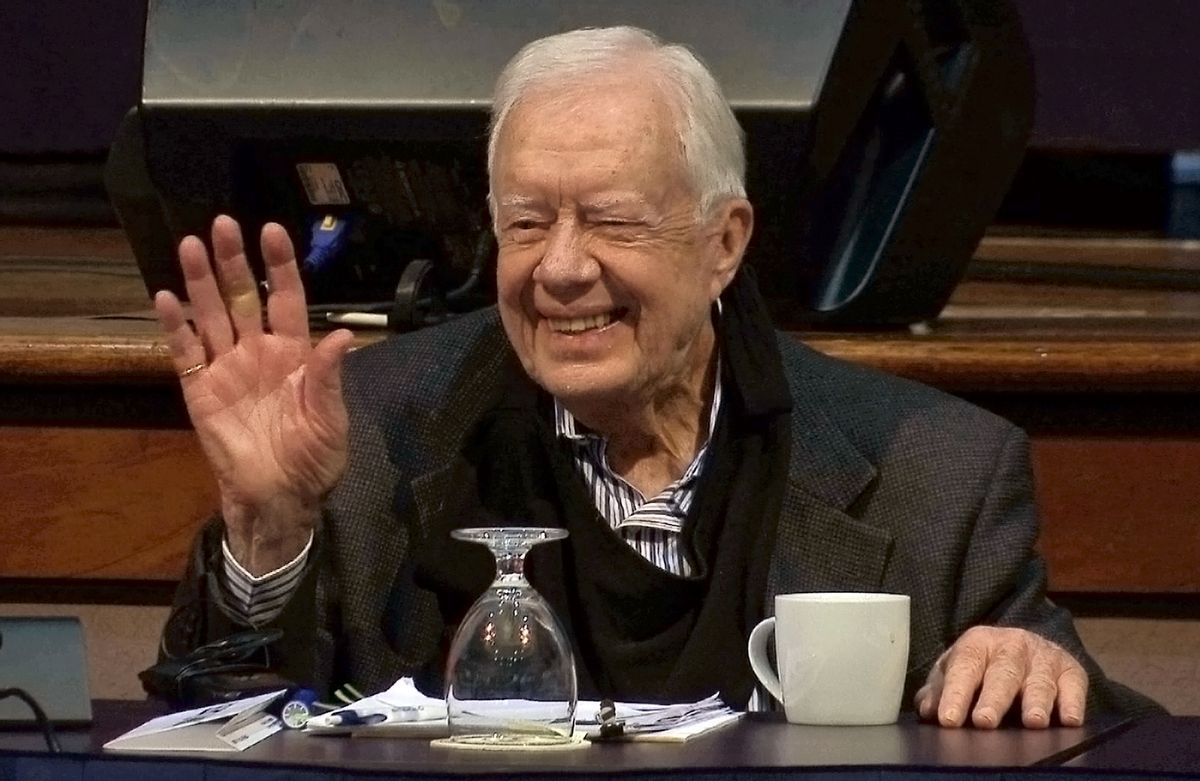 Former President Jimmy Carter on Tuesday advised President Donald Trump, who is facing possible impeachment, to tell the truth “for a change.”

During an appearance on MSNBC, Carter was asked if the House impeachment inquiry is a “good thing.”

“I think it still remains to be seen,” Carter replied. “Depending on what’s revealed in an inquiry. I’m a Democrat, so I feel pretty much like the Democratic Party does, as you probably know.”

Carter said that he was “very glad” that House Speaker Nancy Pelosi, D-Calif., was proceeding with the inquiry.

The former president called the White House’s stonewalling on witnesses “a departure from custom and departure from what the American people expect.”

“My advice to him would be to tell the truth I think for a change and also to cut back on his Twitter feeds,” Carter said. “And give the House of Representatives and also the Senate — and I say the general public — the evidence that we need to form a case either for or against him.”