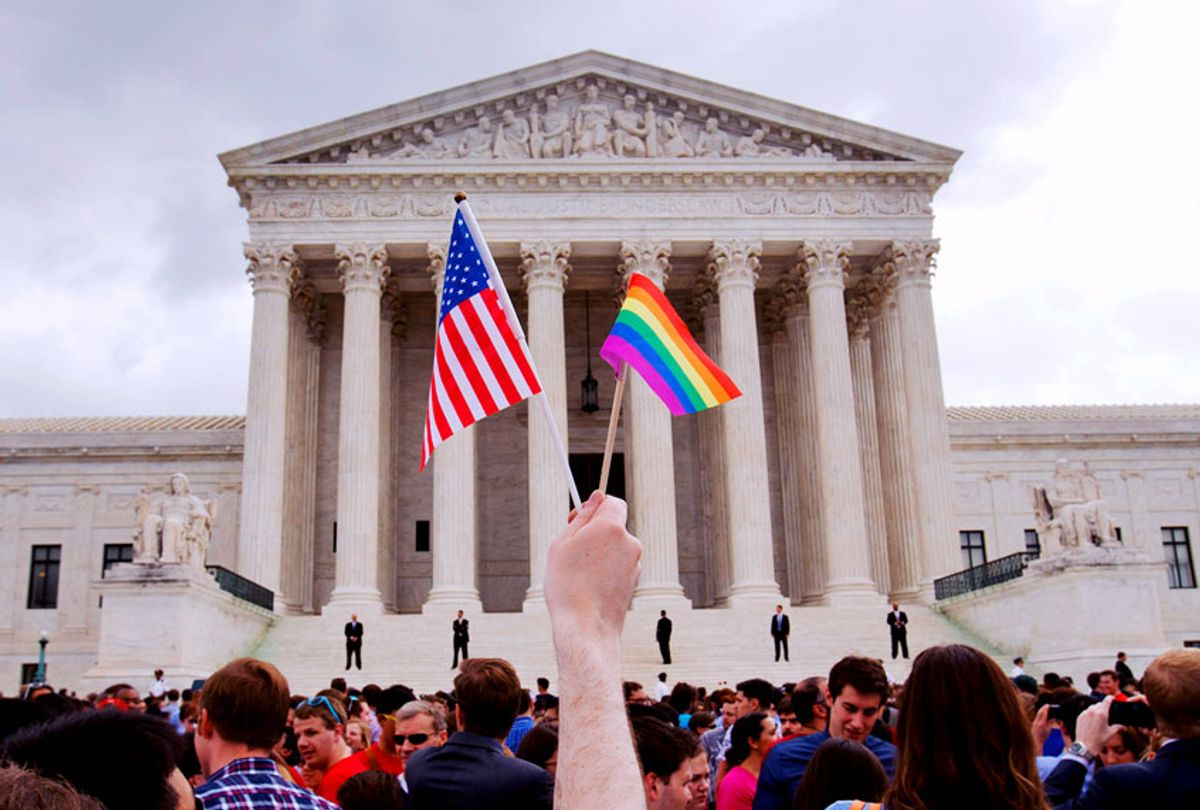 In this June 26, 2015 file photo, a crowd celebrates outside of the Supreme Court in Washington after the court declared that same-sex couples have a right to marry anywhere in the U.S. (AP Photo/Jacquelyn Martin)
--

The Supreme Court appeared to be deeply divided after hearing two hours of courtroom arguments on whether existing federal law prohibits discrimination in the workplace on the basis of transgender status and sexual orientation.

The outcome of the case could have widespread implications for the nation's LGBTQ community, which is made up of roughly 1 million workers who identify as transgender and 7.1 million lesbian, gay and bisexual workers.

Twenty-two states, plus the District of Columbia, have their own laws protecting workers from discrimination based on sexual orientation and 21 have them for or gender identity. In seven states, that protection is only applied to public-sector employees.

Those laws would remain in place if the Supreme Court rules that Title VII does not protect LGBTQ workers from discrimination. If the court decides that Title VII covers transgender status and sexual orientation, then those statutes would apply nationwide.

The case is expected to provide the first indication of how the court will approach gay rights since two appointees of President Donald Trump, Justices Neil Gorsuch and Brett Kavanaugh, took their places on the bench.
Tuesday was the first time the Supreme Court heard arguments on LGBTQ rights since the retirement last year of Justice Anthony Kennedy, its swing justice and the author of all four of the court's cases concerning gay rights, including the 2015 ruling that established a constitutional right to same-sex marriage.

"Under the Constitution, same-sex couples seek in marriage the same legal treatment as opposite-sex couples, and it would disparage their choices and diminish their personhood to deny them this right," Kennedy wrote.

The court, which currently has a 5-4 conservative majority, is expected to issue its decision in the spring or summer of 2020. The ruling is likely to put the court front and center in the presidential election.