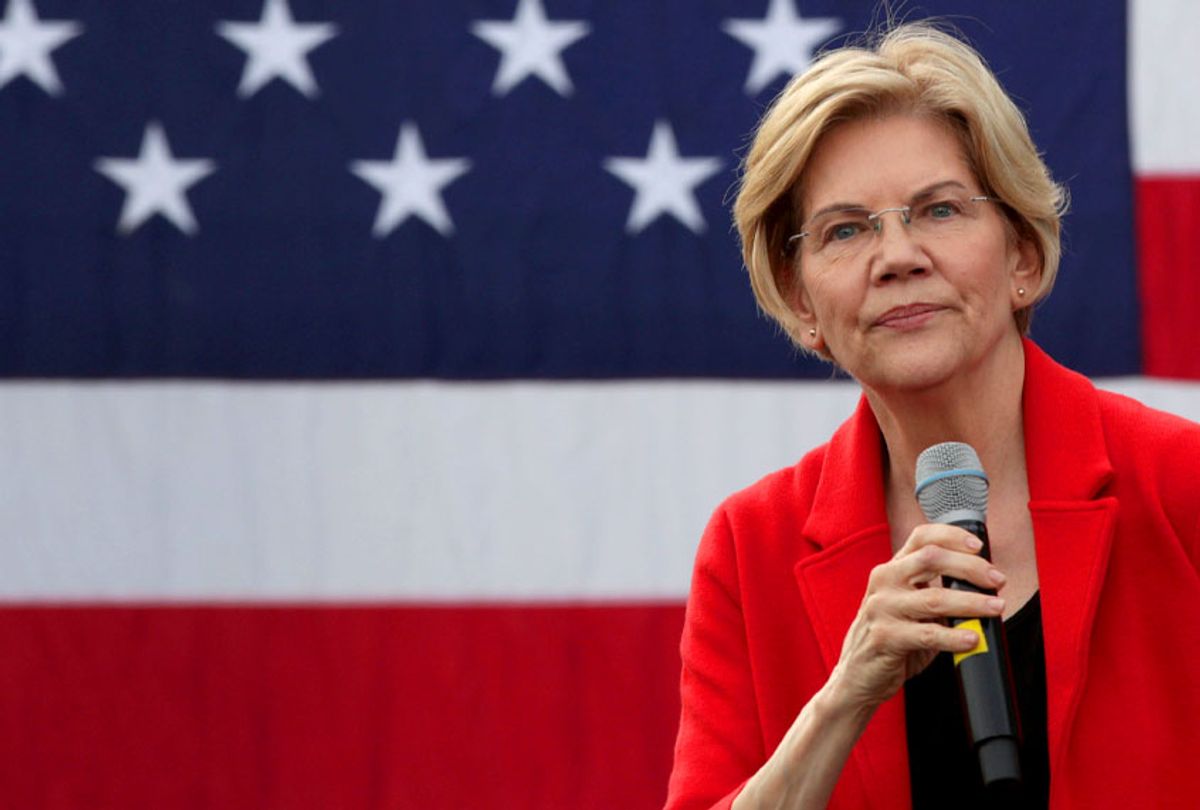 Just two weeks ago, our survey of media coverage of Sen. Elizabeth Warren's presidential campaign found a fairly — though not exclusively — positive tenor, with stories often contrasting her favorably to Sen. Bernie Sanders and highlighting her outspoken commitment to capitalism. But with erstwhile frontrunner Joe Biden under fierce attack from Donald Trump and Sanders recovering from a heart attack, establishment Democrats and their big donors are suddenly looking at Warren’s rising poll numbers as a sign that her candidacy has very real potential — and is a very real threat to their power.

As centrist Democratic sources go, so go the media. 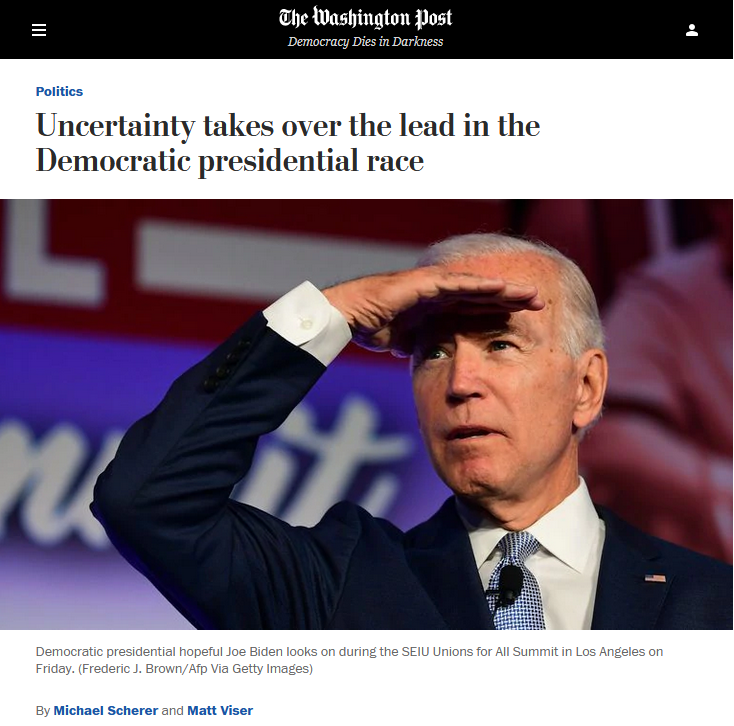 Among the “events of the past two weeks [that] have created huge uncertainty for the candidates who have dominated the Democratic nomination race,” the Washington Post (10/6/19) lists “persistent doubts among some party leaders” about Elizabeth Warren

Under the headline, “Uncertainty Takes Over the Lead in the Democratic Presidential Race,” the Washington Post’s Michael Scherer and Matt Viser (10/6/19) report that recent events “have created huge uncertainty for the candidates who have dominated the Democratic nomination race.” Those recent events? For Sanders, a heart attack; for Biden, an uncomfortable role in the impeachment inquiry; and for Warren, the curiously un-event-like “persistent doubts among some party leaders that she is too liberal to win the general election.”

The Democratic Party has many leaders from both its left and right wings; for the Post, the adjective “some” serves to obscure the fact that its sources expressing those doubts are almost exclusively from the right.

People like former Sen. Heidi Heitkamp of North Dakota, who lost her 2018 re-election campaign (in which she emphasized how often she voted with Trump) by more than 10 percentage points — who better to turn to for an opinion about how to win an election?

Or there’s consultant Donna Bojarsky, who has donated to Sens. Kamala Harris, Amy Klobuchar and Cory Booker — all representatives of the corporate wing of the party. How about former Obama adviser David Plouffe, who went on to flack for Uber after his Obama years, and now runs policy for Mark Zuckerberg’s philanthropy company? Then you have self-described “radical centrist” Mitch Landrieu, who told the Post:

[Warren] says she can do all these things. There’s a thing called political reality….  Aspiration is wonderful, but you can’t eat aspiration for lunch and send your kids to college on it. That’s a fundamental decision that Democratic primary voters need to make a decision on.

The best bits come from anonymous donors, though, who are given cover to sow fear about a candidate whose policy proposals (like a wealth tax and a lobbying tax) would directly impact their own finances and political influence:

As Warren has steadily marched upward in the polls, the reality that she could become the nominee has unsettled some of the party’s top donors, who worry that she would hand the race to Trump. If it starts to look like Warren will win the party’s nomination, a longtime Democratic bundler said, “there will be efforts to stop that.”

Another anonymous donor, who the paper tells us is “seeking a moderate as a nominee,”

expressed worries that if Warren is the nominee, her presence would ruin any Democratic chances to win the Senate, because voters would perceive having a Republican majority as “the only way to keep her in check” as president.

To end the hit parade, the Post reminds us that even if Biden falters, we still have centrist choices — calling up Sen. Michael Bennet and Rep. Tim Ryan, candidates currently polling below 1 percent, for some closing thoughts.

There’s obviously a lot of uncertainty at the moment; it’s just that the Washington Post, relying on its corporate centrist cast of characters, can’t give anything like an honest accounting of it.