"Parasite": A prickly, disturbing class-war thriller — and a signature film of 2019

The latest from filmmaker Bong Joon-ho ("Snowpiercer," "Okja") is a strange and wild ride well worth taking 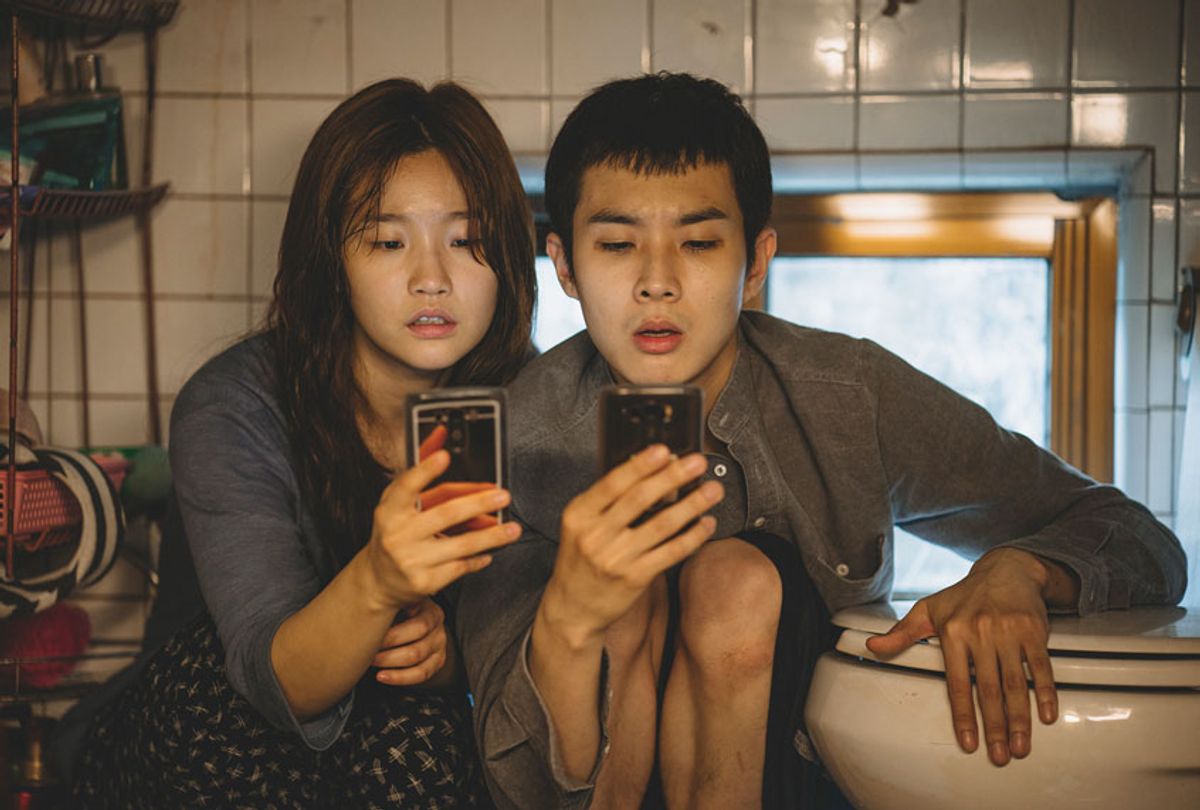 It’s not easy to identify the protagonist of “Parasite,” an intricately layered, darkly comic class-war thriller from Korean director Bong Joon-ho, who is best known in the English-speaking world for the apocalyptic action hit “Snowpiercer.” Where your compassion and sympathy fall in this tale of two interlocking families at opposite ends of South Korea’s societal pyramid will at least partly be a function of your starting point. Furthermore, it’s likely to move around over the course of a deliberately perplexing movie loaded with plot switchbacks, sudden reversals of fortune, moral quandaries, and unexpected revelations.

In the age of Netflix serials and billion-dollar superhero spectacles, the high-middlebrow cultural zone formerly known as “world cinema” exists mostly as an echo of itself. But there’s nothing ghostly about Bong’s films, which are vibrant genre mashups, loaded with ideas and lustrously crafted, blending elements from Hitchcock, Tarantino, European art film, and the melodramatic and/or violent traditions of Korean cinema, which remains largely unknown in the West.

“Parasite” won the Palme d’Or at Cannes this year — which usually means the kiss of death at the American box office — and has already been proclaimed Bong’s masterpiece. We’ll see about that; no cultural work can be evaluated with that kind of precision right away. (Anyway, I watched “Snowpiercer” again recently: Damn!) At any rate, this is a brilliant and troubling film, sometimes hard as ice and sometimes emotionally wrenching, which could only have been made in this moment yet reaches for timeless allegory.

One plausible protagonist in “Parasite,” at least for a while, is Kim Ki-woo (played by Choi Woo-sik), a college-age young man who isn’t in college and derisively describes himself as a “loser” in an early conversation with a more affluent friend. Ki-woo seizes a lifeline offered by this friend, who’s going off to study in America and suggests that Ki-woo take his job as English tutor for a rich girl. All he needs to do is pretend to be something he’s not — in this case, middle-class and educated — and the rest will take care of itself.

Ki-woo is also fond of identifying events in the real world as “metaphorical,” with the studied blankness of a young person raised on social media to be both sharply observant and entirely ruthless. When I first saw “Parasite,” I thought that running joke was a bit too obvious, but the more I thought about it the more I saw the metaphorical use of “metaphorical” as part of Bong’s ingenious design.

On one hand, what happens to the Kim family — who are so poor they literally live underground, in a rancid-smelling, insect-infested apartment just below street level — has the quality of a fairy tale. Ki-woo’s magical friend not only gives him a job, and a point of entry into an otherwise inaccessible world of wealth and privilege, but also a traditional stone carving that is supposed to bring prosperity. But on the other hand, all these things are metaphors: The underground apartment, the stinkbugs, the disappearing American friend, the rich princess locked up in a castle, and the stone carving, which brings nothing good to anyone but eventually works its way into the plot, in gruesome and ironic fashion.

Yes, I said there was a princess in a castle. Ki-woo’s English-tutor act brings him into the architect-designed hilltop home of the fabulously wealthy Park family, whose teenage daughter, Da-hye (Jung Ziso), is smitten with him immediately. (It’s probably no accident that Kim and Park are extremely common Korean surnames; this is roughly like having two Anglophone families called Smith and Johnson.) Da-hye’s mother, Yeon-kyo (hilariously portrayed by Jo Yeo-jeong) is herself a castle-princess of the grown-up variety, anesthetized by pharmaceuticals or mental illness or boredom or just too damn much money.

There are many things in “Parasite,” including the perplexing character of Yeon-kyo, that some viewers may wish were better explained. For my money, Bong has a wonderful instinct for just riding over certain obvious plot points, either because he thinks they’re not important or he’d just rather let us decide.

Some reviews have implied, for instance, that the Kim family concocts a deliberate scheme to invade and conquer the Park household, once Ki-woo is through the door. But in fact that’s not true — or at least, if such a family plot is hatched, we don’t witness it. It just seems to happen that way, like a small-scale parody of the old-fashioned Marxist-Leninist narrative of history: The internal logic of capitalism inevitably leads to class conflict and then revolution and then the dictatorship of the proletariat. Human agency is pretty much irrelevant.

In the next stage, Ki-woo’s teenage sister, the delightfully amoral Ki-jung (Park So-dam) effectively takes over the story, installing herself as “Jessica,” the demanding, eccentric art tutor to Da-hye’s little brother. Then those two use various dirty tricks to drive away the Park family’s chauffeur and, more importantly, the long-serving, long-suffering housekeeper (Lee Jeong-eun) who predates the Parks’ arrival and knows more about the house than anyone. (I’m not issuing any spoilers here — but if you have ever seen a thriller featuring an all-knowing housekeeper and suspect she might be important in the third act, you would be correct.)

In those roles, under false pretenses, are inserted the cheerful but defeated patriarch of the Kim clan, Ki-taek (terrific Korean character actor Song Kang-ho, seen in several other Bong films), and his dynamo wife Chung-sook (Hyae Jin Chang), who may be the working-class Lady Macbeth behind this entire scheme. I say may be — as noted above, Bong isn’t interested in laying out the whys and hows in granular detail. It’s all so metaphorical!

As the title of the film suggests, the Kims almost seem to be obeying the dictates of natural selection: The host organism reveals a weak spot that permits infection; the parasite takes advantage and invades. The Kims feel no malice toward the Parks, at least not at first; a parasite is ruthless and completely self-interested, but not intentionally cruel. After all, if it destroys its host … well, you know the rest.

But there is an unasked and unanswered question hanging over this film from the beginning, which drives it through various plot twists toward a violent climax: Who or what is the real parasite in this ecosystem? We never find out why Dong-ik (Lee Sun-kyun), husband and father of the Park family, is so rich, and it seems that the Kims neither know nor care. For everyone in “Parasite,” the level of inequality that leads one family to live in a walled-off modernist fantasyland, while far below them another family lives in a basement that literally floods with shit (those metaphors again!), is simply the natural order of things.

In fact, it’s less accurate to call the invading Kim family “parasites” then to call them something even less flattering: They are more like mice or roaches, trying to chew off a bit of the Park household's excess cheese without being noticed. But this is where Bong (who co-wrote the screenplay with Jin Won Han) reaches back from metaphor to reality: Ultimately these are not vermin or hostile organisms but human beings, trapped with other human beings in an ecology that rewards mutual cruelty.

You will leave “Parasite” with most of the plot puzzles resolved, but certainly not all. (I have a clear opinion about the source of the smell Dong-ik complains about, but I still don’t understand the recurring drunken lout or the significance of the Taiwanese cake shop.) Bong and his two families arrive at an ending that may offer a tiny, distant window of Dostoevsky-style hope, or may be nothing more than fantasy. It isn’t an easy ride, and as with life in the non-metaphorical world, the destination is uncertain. You’ll see strange and wonderful things along the way.

"Parasite" is currently in theaters in New York & Los Angeles, and in select cities coming soon.