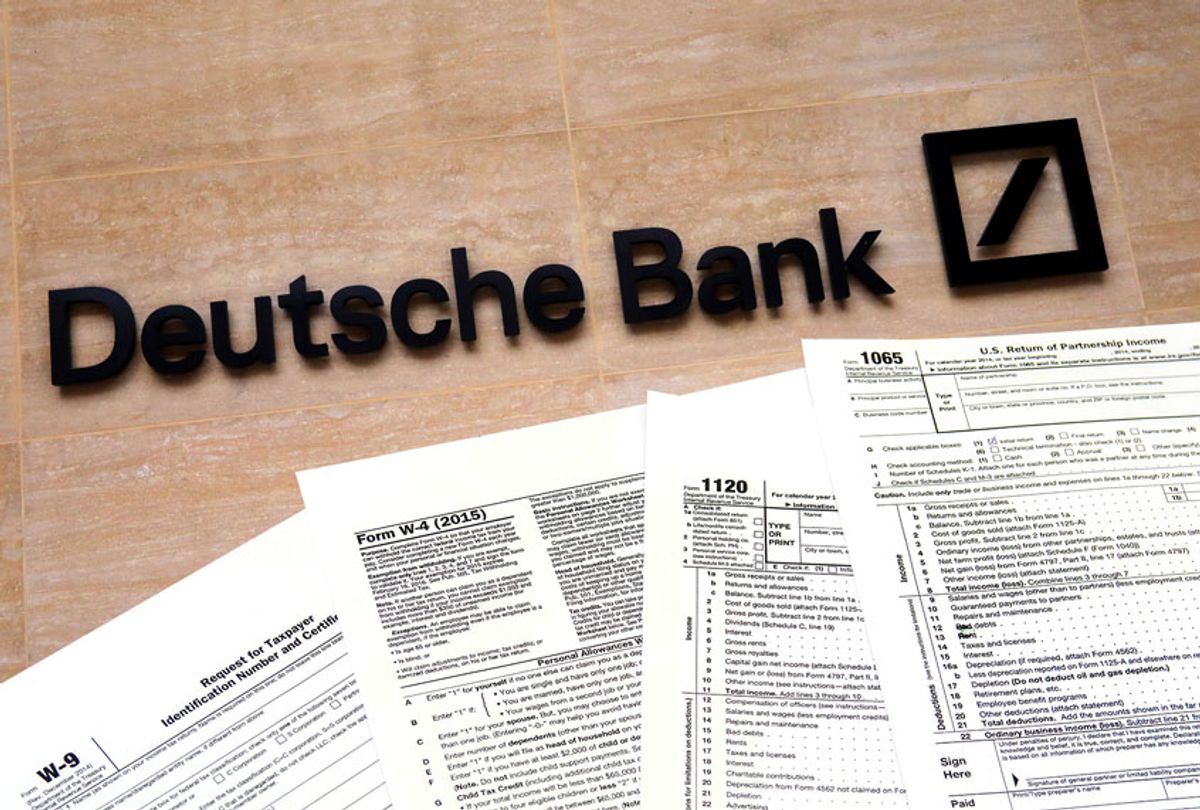 A former Deutsche Bank executive suggested that the financial firm may have “destroyed” physical copies of President Trump’s tax returns after the bank told a court that it no longer had them.

Trump relied on Deutsche Bank for loans for years after other financial institutions balked at doing business with his company after a series of defaults and bankruptcies. Former Trump attorney Michael Cohen told Congress that Trump had provided the bank with false documents inflating his net worth in an attempt to get a loan in 2014. Two House committees subpoenaed Deutsche Bank after Cohen’s testimony for financial documents related to the president, his three eldest children and his company. Deutsche Bank indicated in April that it had the tax returns of at least some of those individuals, prompting media outlets to file a motion to unseal the names of those individuals.

The Second Circuit Court of Appeals on Thursday rejected the outlets’ motion, revealing that the bank had informed the court that "the only tax returns it has for individuals and entities named in the subpoenas are not those of the president."

Deutsche Bank relied on information contained in the tax returns when it approved a series of loans to Trump in 2012, according to the Times. The bank loaned Trump hundreds of millions of dollars for projects in Florida, Chicago and Washington, D.C. Trump still owed the bank $300 million when he took office in 2017.

David Enrich, the New York Times’ finance editor who spoke with the current and former bank officials, wrote that the bank “apparently got rid of” Trump’s tax returns even though officials say that it was “normal procedure at the bank to retain such records.”

When Enrich reached out to a former Deutsche Bank executive who had reviewed Trump’s tax returns about the bank’s claim that it no longer had the documents, the executive replied, “Holy f**k,” according to a screenshot of a text message exchange posted to Twitter.

“Not normal though,” the executive added.

On Friday, the D.C. Circuit Court of Appeals rejected Trump’s appeal to block Mazars USA from turning over his tax returns to the House Oversight Committee. The three-judge panel upheld a lower court ruling, requiring Mazars to turn over eight years of Trump’s tax returns to Congress.

"We detect no inherent constitutional flaw in laws requiring presidents to publicly disclose certain financial information," the court’s majority opinion said. "And that is enough."

Trump may appeal the ruling to the Supreme Court. If the Supreme Court does not intervene, Mazars would be required to turn over the tax returns to Congress with no recourse for the president.