Some brains are more susceptible to PTSD after trauma than others

Everyone experiences trauma, but in some brains, PTSD arises where others aren’t at as much risk 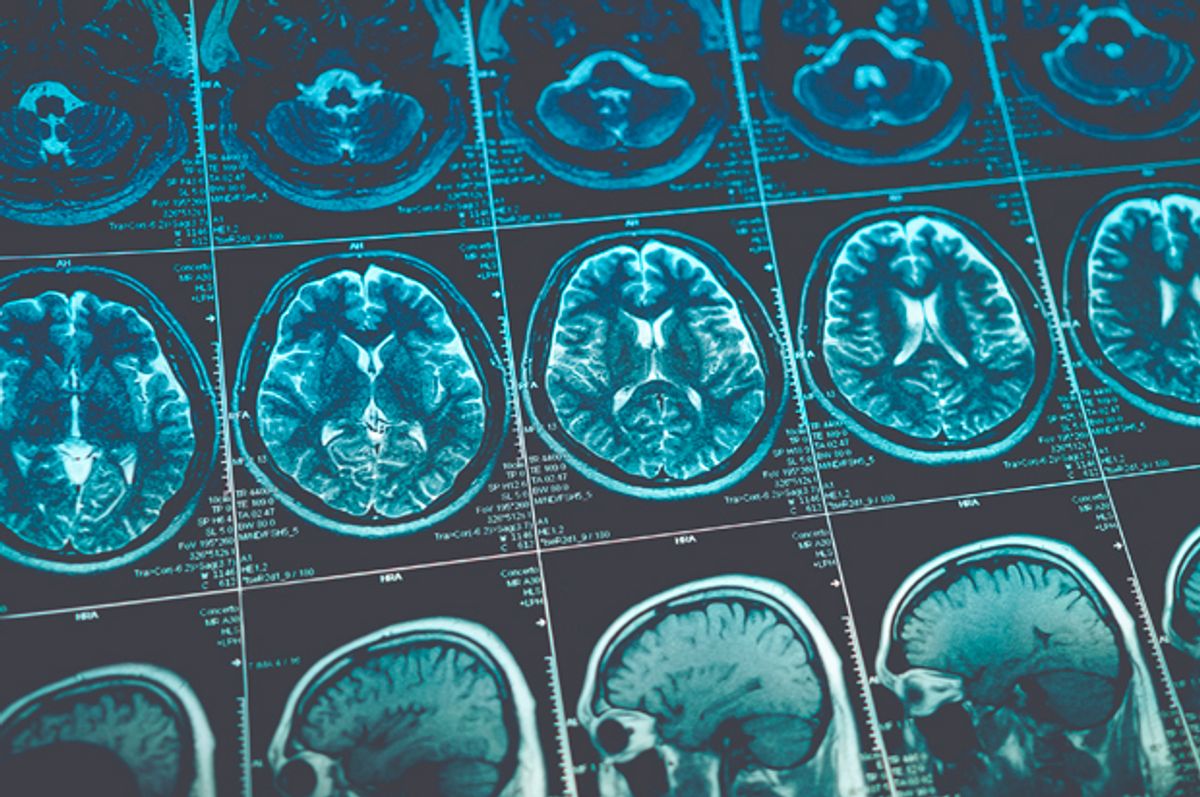 Exposure to trauma is a common human experience — approximately 70% of us go through at least one traumatic event during our lifetimes. Many go on to recover from the trauma, which gets stored away as a bad memory.

However, in a subset of people, trauma persists in their minds and infiltrates their daily lives. They experience intrusive thoughts, such as reliving the experience through “flashbacks.” They tend to avoid anything related to the event, and have changes in mood and in their physical and emotional reactions to everyday occurrences. Eventually, people who experience these symptoms may be diagnosed with post-traumatic stress disorder (PTSD), a chronic condition in which people continue to experience problems after a traumatic event.

PTSD is very prevalent, affecting between 7-10% of the population in the US. However, not everyone who has experienced trauma goes on to develop PTSD or other stress disorders. What’s different between people who do and do not develop PTSD?

Just like a poor diet and family history of heart problems can increase your risk of heart disease, different factors work together in tipping the balance towards risk of developing PTSD. And although many societal factors, like a lack of a support systemand family instability, can increase the risk of a person developing PTSD, risk and resiliency may also lie within the trillions of connections in the brain.

Researchers have long suspected that features within the brain can be partly responsible for a person’s susceptibility to trauma-induced stress. However, these have been difficult to unravel since PTSD patients are usually examined after their traumatic event, which precludes scientists from learning about biological elements that were there before the trauma occurred.

In a new research study published in Nature Communications, a group of researchers from Pennsylvania State University led by Nanyin Zhang, in collaboration with researchers from the University of Puerto Rico School of Medicine, have turned to rats that develop PTSD-like behaviors to test whether the variability in stress responses among humans could be linked to brain characteristics.

Zhang and his colleagues used resting state functional magnetic resonance imaging (RS-fMRI) to image the brains of rats before exposure to a predator scent, in this case fox urine, which mimics a stressful and traumatic experience. During exposure to the scent, animals freeze in their place, a sign that they are scared. Right from the start, they observed that not all rats responded the same way: some rats froze for a long time (a behavior they called “high-freezing”) while others froze for a shorter amount of time (“low-freezing”). Over a ten-minute observation period, high-freezing rats froze for about 40% of the time, or four minutes, while the low freezing rats only froze for about 90 seconds.

Zhang and the other researchers then delved into why these two groups responded so differently to the same stressful event. When the rats were re-exposed to the scent, both groups spent more time avoiding the predator scent than rats that had not been exposed to the scent. But they also found that rats that were part of the low-freezing group stayed farther away from the scent mark, suggesting they were more avoidant than the high-freezing group.

The researchers also performed a test called the elevated plus maze, which measures anxiety-like behavior by examining how much time rodents spend in open areas compared to closed areas. Six days after the initial scent exposure, they found that the low-freezing rats still exhibited heightened anxiety-like behavior, spending more time in the closed areas, while the high-freezing animals spent about the same amount of time in open areas as rats that had never been exposed to the predator scent.

This heightened anxiety-like behavior was accompanied by differences in their hormonal responses. Low-freezing animals had a more prolonged response of corticosterone, a hormone known to regulate stress responses. Surprisingly, only low-freezing rats exhibited responses and behaviors usually associated with PTSD. “Animals exposed to trauma exhibit differential threat response, and those displaying low-freezing behavior are vulnerable animals” says Zhang in an e-mail. It appeared that, due to their heightened stress responses, the group of low-freezing animals became susceptible to developing PTSD-like behaviors.

As they suspected, the researchers found that the traumatized rats’ brains were wired differently, even before exposure to the predator scent, which may have determined their behavioral responses. Correlation analyses, which study the strength of a relationship between two factors, revealed 15 specific neural circuits associated with freezing time. Mainly these circuits were involved in olfactory and stress-related brain areas. For example, some connections to the amygdala, a key brain area that controls the stress response, were stronger in the low-freezing animals that developed PTSD-like behaviors. This suggests that pre-existing features in brain connectivity in rats may predispose animals to the development of PTSD-like behavior after a traumatic experience.

One caveat of the study is that they only studied male rats. Now, Zhang and his collaborators are conducting the same experiments in female rats. As women have two to three times higher risk of developing PTSD than men, female rats may present an even higher susceptibility to developing PTSD-like behaviors.

The authors propose that link between brain connectivity and PTSD could be similar in humans. Studies in humans have found that differences in certain brain areas, such as the hippocampus, which plays a role in learning and memory, may be a risk factor for developing PTSD after trauma, while other studies suggest increased activity of the amygdala as a potential risk factor. The study in rodents reinforces the idea that these differences may be there prior to trauma, increasing risk to developing PTSD.

If these results are confirmed in humans, it may provide a guide of brain connectivity that can determine an individual’s risk for developing PTSD after exposure to a threat or after trauma. Zhang believes these could be identified to prevent development of PTSD: “I hope this research will encourage more effort to examine subjects’ pre-existing conditions in clinical studies. This may help determine the risk of assigning an individual to a highly stressful environment, and thus reduce the rate of PTSD.” Possibly by looking at these specific circuits during routine scans, clinicians may be able to identify risk prior to entry into professions with high levels of stress, such as firefighters and airline pilots.

Understanding why specific circuits contribute to PTSD and other stress disorders will better inform patients and clinicians about the roots of the disorders. And hopefully, help us identify individual vulnerability by looking at connectivity through brain scans to be able to intervene before trauma occurs. But the results are just an interesting association for now. Zhang and his group plan to take it one step further: “The next step is to determine the causal relationship between the neural circuit function and animals’ response to threat, and long-term PTSD-like behaviors.”