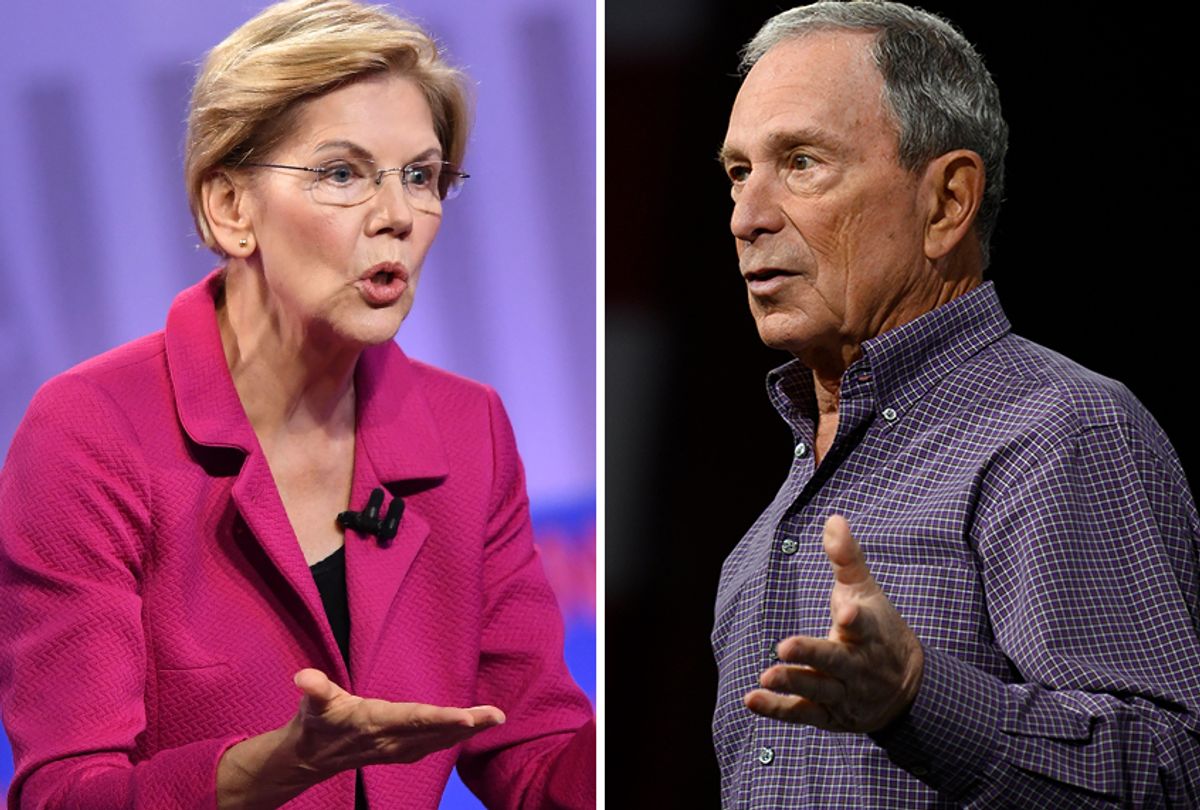 Former New York Mayor Michael Bloomberg is considering jumping into the presidential race as polls show Massachusetts Sen. Elizabeth Warren pulling even with Vice President Joe Biden — or perhaps pulling ahead — in the race for the Democratic nomination.

Bloomberg, a billionaire who founded the media company Bloomberg L.P., has “indicated to associates” in recent weeks that Biden’s struggles against Warren are making him rethink his decision to stay out of the race, CNBC reports.

Bloomberg has told his inner circle that he is “still looking at” running for president, according to the report, though associates said he would only jump in if Biden slid so badly that he is forced to drop out early in the primaries. CNBC previously reported that Bloomberg was considering spending more than $100 million of his own money to fund a centrist run.

“I think it’s something he wants. He has not been shy about that,” a Bloomberg associate told the outlet. “Nothing can happen unless Biden drops out, and that’s not happening anytime soon.”

Numerous polls published this month have shown Warren surge ahead of Biden nationally, as well as in Iowa and New Hampshire. (Although the Real Clear Politics average still shows Biden with about a six-point lead over Warren.) There has been no indication that Biden is considering dropping out, and his campaign team has told donors that they plan to target states that vote later in the primary schedule.

Bloomberg was elected mayor of New York as a Republican in 2001, but became an independent during his 12 years in office. He registered as a Democrat one month after the party won back the House of Representatives in 2018.

Bloomberg said in the past that he would only run as a Democrat if he jumped into the presidential race. Fox Business reported last month that he still had a team of political advisers and was still leaving the door open for a possible campaign.

Bloomberg, who is now 77, also toyed with the idea of running for president in 2012 and 2016 before ultimately backing out and supporting Barack Obama and Hillary Clinton, respectively. He wrote in an op-ed in March that while he believes he would defeat President Trump, he is “clear-eyed about the difficulty of winning the Democratic nomination in such a crowded field.” It certainly didn’t help that a poll released just prior to the op-ed showed his favorability rating at a mere 21 percent.

Despite backing out of the race and declining to endorse any candidates, Bloomberg has been highly critical of Warren’s anti-corporate stance.

Bloomberg said he confronted Warren over her policy proposals, which include a wealth tax on billionaires and an overhaul of corporate governance, when they both attended a forum by the gun control advocacy group Everytown for Gun Safety, which Bloomberg founded.

“I just said to Senator Warren on the way out, ‘Senator, congratulations, it’s a nice talk. But let me just remind you if my company hadn’t been successful, we wouldn’t be here today, so enough with this stuff,’” he told the audience at the event.

"It's called Venezuela," he said in January.

Bloomberg’s hints of a presidential bid are curious, since he admitted months ago that jumping into the Democratic race would be an uphill climb, and the major candidates have been campaigning since the beginning of summer. If Warren does become the Democratic nominee, his only option to try to stop her would either be to back Donald Trump or run as a third-party candidate, which Bloomberg himself acknowledged would amount to the same thing.

"In 2020, the great likelihood is that an independent would just split the anti-Trump vote and end up re-electing the President," he said in January. "That's a risk I refused to run in 2016 and we can't afford to run it now."