"Democrats have got to pay . . . attention to the damage that they're doing with the impeachment proceedings" 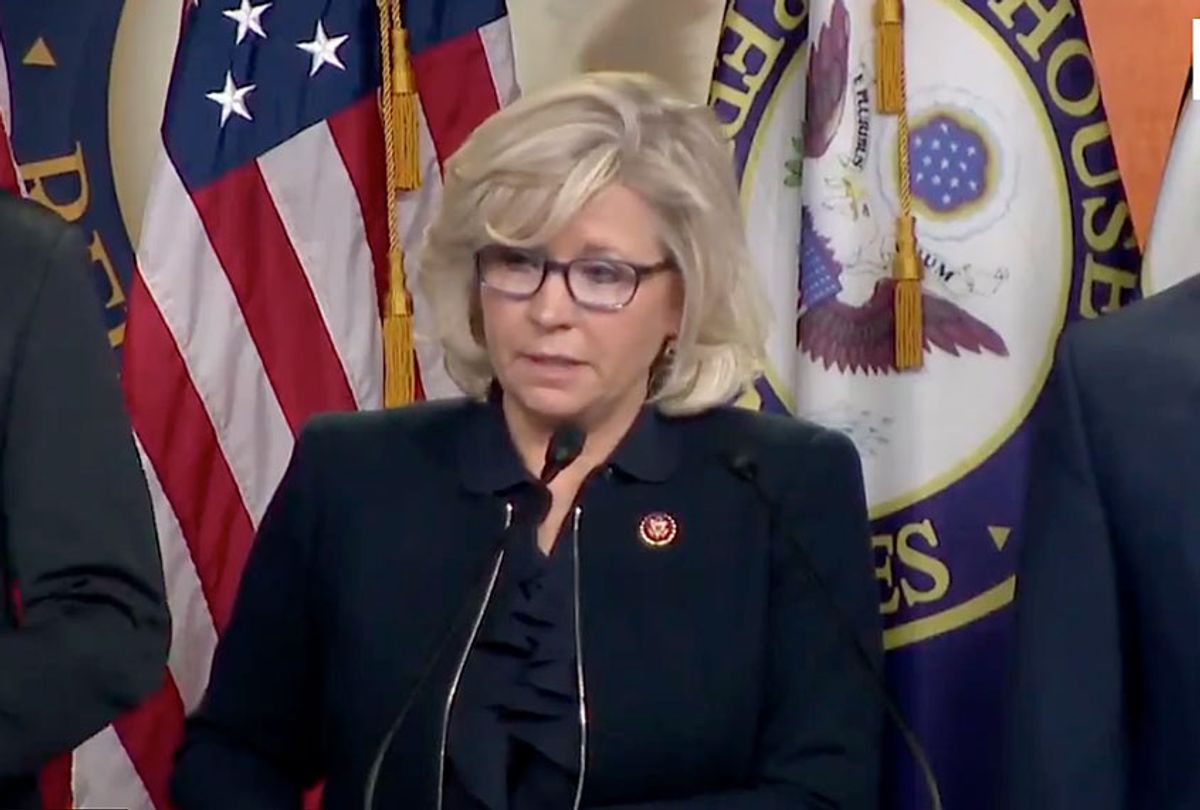 In spite of President Donald Trump’s effective endorsement of the incursion, House Republican Conference Chair Liz Cheney, R-Wyo., has blamed Turkey’s invasion of northern Syria on the Democrats pursuing an impeachment inquiry against the commander-in-chief.

In a White House statement announcing that Turkey “would soon be moving forward” with their operation after the withdrawal of American troops, Trump appeared to endorse Turkey’s “long-planned’ attack on Kurdish allies in the region. The president later claimed that he had not endorsed the invasion, and he has since announced sanctions against Turkey (though they do not seem to have stalled its assault).

Cheney, who has been outspoken against allowing Turkey to slaughter U.S. allies, told Fox News that she blames Democrats for the Turkish operation, which Trump essentially green lit after a call with Turkish President Recep Tayyip Erdogan.

"I also want to say that the impeachment proceedings that are going on and what the Democrats are doing themselves to try to weaken this president is part of this — it was not an accident that the Turks chose this moment to roll across the border," Cheney said during a Monday interview on "Fox & Friends." "And I think the Democrats have got to pay very careful attention to the damage that they're doing with the impeachment proceedings."

Cheney’s comment on Monday starkly contrasted with her earlier criticism of Trump for abandoning a key American ally in the international fight against terrorism.

"News from Syria is sickening. Turkish troops preparing to invade Syria from the north, Russian-backed forces from the south, ISIS fighters attacking Raqqa,” she wrote last week on Twitter. “Impossible to understand why @realDonaldTrump is leaving America's allies to be slaughtered and enabling the return of ISIS."

“Donald Trump is not a Commander-in-Chief,” McGurk tweeted after Trump’s announcement. “He makes impulsive decisions with no knowledge or deliberation. He sends military personnel into harm’s way with no backing. He blusters and then leaves our allies exposed when adversaries call his bluff or he confronts a hard phone call.”

Many of the concerns shared by even Trump’s most die-hard defenders have quickly come true. ISIS prisoners have escaped amid the fighting and Kurdish civilians are being slaughtered. Following Trump's move, the Kurds have since struck a deal with the government of Syrian tyrant Bashar al-Assad, who is considered a war criminal. Russian troops who back the Syrian government are reportedly already patrolling areas in northern Syria.

All of this happened after Trump allegedly “got rolled” and “out-negotiated” during a phone call with Erdogan, a National Security Council official told Newsweek.

The office of Speaker of the House Nancy Pelosi called Cheney’s blame-game “delusional” after Trump essentially admitted that he had given Turkey a green light to roll into Syria before walking it back.

"There is strong bipartisan opposition to the president’s decision to let Turkey bomb Northern Syria and effectively unleash ISIS,” a Pelosi spokesperson told HuffPost. “No delusional talking point can change that fact.”