In a wave of dubious voter purges driven by Republicans, Ohio tried to remove League of Women Voters official 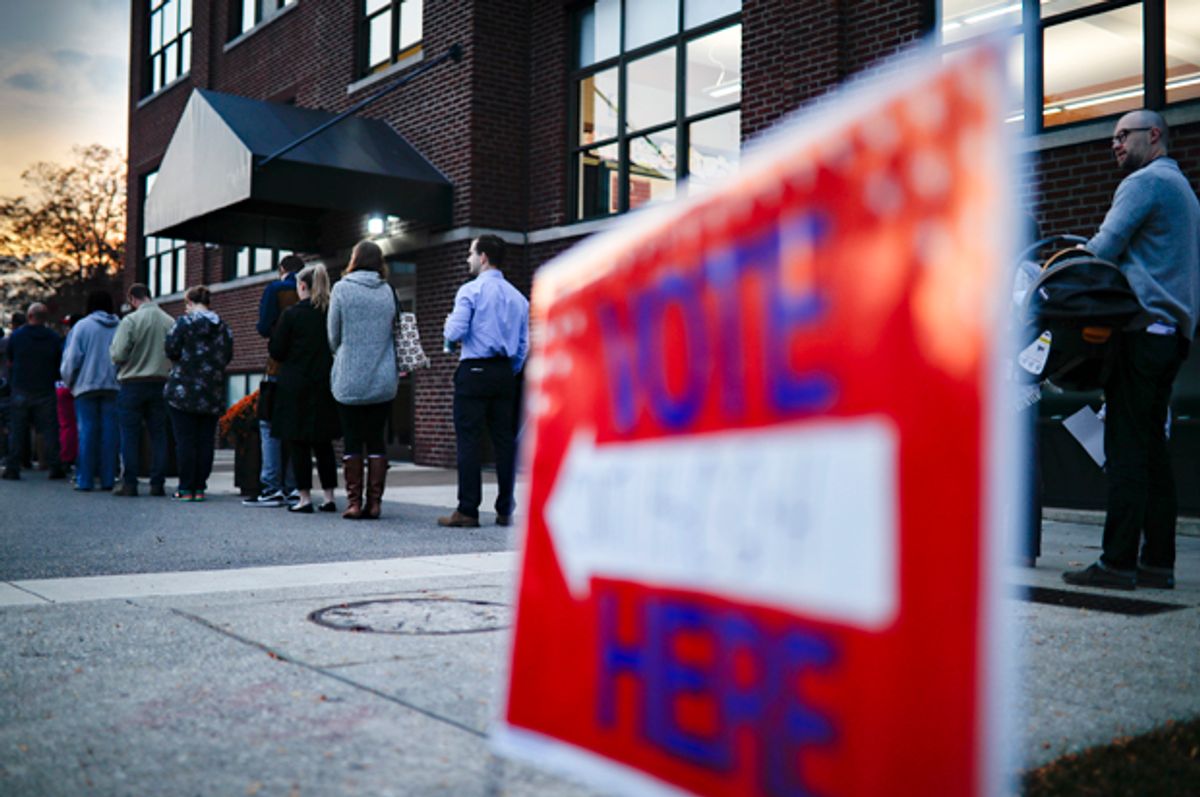 Ohio’s government admitted that nearly 20 percent of voters targeted in the state’s looming purge of “inactive” were actually active voters.

Earlier this year, the Ohio secretary of state’s office issued a list of 235,000 names targeted for removal from the voter rolls because, the state purported, they had not participated in the last three election cycles. The purge is part of an effort to remove names of people who have passed away or moved. The state is required to send notices to people it plans to remove to give them a chance to verify that they should still be on the rolls.

The problem was far larger than anyone realized at the time: Ohio officials have since determined that roughly 40,000 people on the list, nearly one in five, were put on the list in error, The New York Times reports.

Among the names wrongly targeted for removal was the head of an Ohio voting rights group that is trying to counter the purge.

Jen Miller, the director of the League of Women Voters of Ohio, went through the list as part of her group’s effort to contact targeted voters and help them verify their registrations. She was surprised to find her own name on the list.

“I voted three times last year,” Miller told the Times. “I don’t think we have any idea how many other individuals this has happened to.”

The list was released for the first time this year after previous efforts to purge the rolls were done in secret. Ohio Secretary of State Frank LaRose, a Republican, insisted that discovering tens of thousands of errors on the state’s list was a feature, not a bug.

“We’re talking about crowdsourcing, in simply putting the list out there,” he told the Times.

But the error-plagued list highlights problems frequently raised with such voter purges, which are also carried out in key battleground states like Florida, North Carolina, Georgia and Texas.

Among the issues were a software vendor error that wrongly included more than 1,600 people, counties that used different processes to identify inactive voters, and the unexplained targeting of around 20,000 people who voted in recent elections. All of those 20,000 voters were in Franklin County, a Democratic-leaning area of the state.

Steve Tingley-Hock, a volunteer who runs the Ohio Voter Project and first discovered the issues, told the Times that these were easy errors to catch using a basic database management system.

“A guy at his dining room table can figure this stuff out,” he said. “It’s not rocket science.”

Ohio’s error-plagued voter purge effort is one of many pushed by Republican lawmakers who insist it is a necessary tool to prevent voter fraud, which they claim is rampant, even though all available evidence suggests it is nearly nonexistent.

A federal judge halted a planned voter purge in Texas earlier this year after it was reported that at least a quarter of the 58,000 people the state targeted as “ineligible voters” were actually naturalized citizens with full voting rights. The judge wrote that the state burdened “perfectly legal” voters and showed “the power of government to strike fear and anxiety and to intimidate the least powerful among us.”

Democrats in Kentucky raised alarms last month as the state targeted nearly 175,000 voters for removal years before a new rule allowing that removal would kick in. On Monday, a state judge issued a temporary injunction blocking the state from maintaining the list of voters it plans to remove.

"Not every voter has the luxury of waiting for a possible lengthy period of time to jump through unnecessary hoops,” wrote Franklin Circuit Judge Thomas Wingate, “when the State Board of Elections' intent can be achieved through simpler, less prejudicial means.”