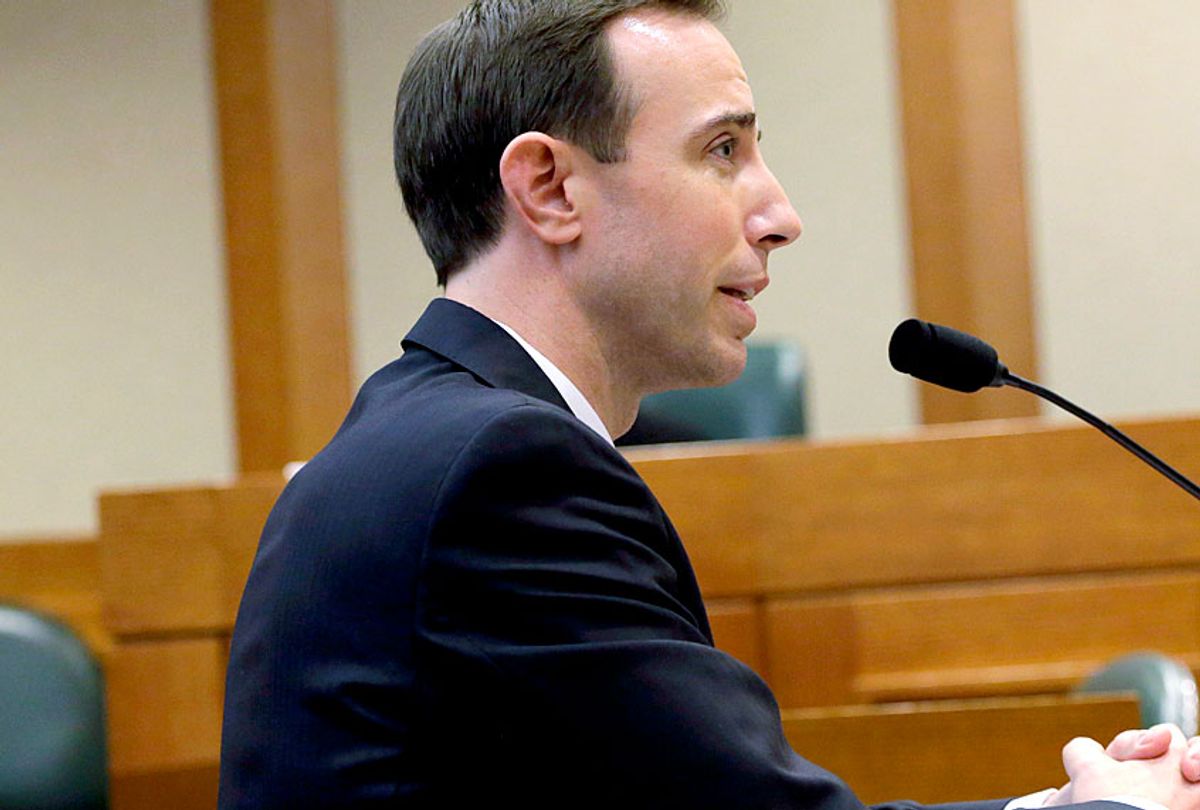 A federal judge took Texas officials to task as he blocked the state from removing people from voter rolls using a flawed list that included tens of thousands of U.S. citizens.

Earlier this month, Whitley declared that the state had identified more than 95,000 ineligible voters on the rolls and claimed that 58,000 of them had illegally voted in recent elections. The claim was amplified by President Trump and Texas Attorney General Ken Paxton. The state said the voters were identified because they were not citizens when they obtained a driver’s license or ID card between 1996 and 2018, even though many of those people have since become naturalized citizens. According to The Texas Tribune, at least a quarter of the voters flagged have been confirmed as naturalized citizens.

Whitley subsequently apologized to lawmakers for the rollout of the botched list, but said he intended to go ahead with the planned purge of what the state claimed were ineligible voters. Judge Biery responded to a lawsuit seeking to prevent the purge by barring the state from removing any names from the rolls without the court’s approval.

“As Robert Fulghum taught in ‘All I Really Need to Know I Learned in Kindergarten,’ always put things back where we found them and clean up our own messes,” Biery wrote, ordering Whitley to advise every county in the state not to remove any names from the rolls “without prior approval of the Court with a conclusive showing that the person is ineligible to vote.”

Biery said that Whitley used a methodology “inherently paved with flawed results” and then burdened “perfectly legal, naturalized Americans” with “ham-handed and threatening correspondence, which did not politely ask for information, but rather exemplifies the power of government to strike fear and anxiety and to intimidate the least powerful among us.”

The ruling came after several voting rights groups like Demos and the Mexican American Legal Defense and Educational Fund sued 18 counties to prevent names from being removed from the voter rolls.

“This was a blatant attempt by state officials — who should be protecting the vote — to suppress the voice of Texas residents, and to target immigrants and people of color,” Demos senior counsel Stuart Naifeh told the Washington Post.

“This action by the secretary of state was irresponsible,” Thomas Saenz, president of the Mexican American Legal Defense and Educational Fund, told NBC News. “It was undertaken as a result of the high levels of Latino participation in the 2018 election.”

The botched rollout has put Whitley’s confirmation in doubt. Whitley has been serving on an interim basis since September and expected a clean confirmation, but every Democrat in the state Senate has now vowed to vote against him, the Tribune reported. Although Republicans control the Texas Senate, Whitley needs a two-thirds majority vote to be approved, which will not be possible if no Democrat supports him.

Despite the court order and seemingly doomed confirmation, Attorney General Paxton vowed to fight the “federal court takeover” of the state’s rolls.

“We are weighing our options to address this ruling and to continue making our case that ineligible voters should not vote and counties are free to continue to follow the law and keep their voter rolls clean,” Paxton said in a statement.

In North Carolina, Republicans initially claimed that more than 10,000 suspected non-citizens were illegally registered to vote. Later, state officials determined that only 11 non-citizens had voted in 2018, the Washington Post reported.

In Florida, officials rolled out a list of 180,000 suspected non-citizens on the voter rolls in 2012 and began to purge thousands of them before officials conceded that only 85 people on the list were non-citizens.