Although they use similar language, not all sanctuaries are the same, constitutionally 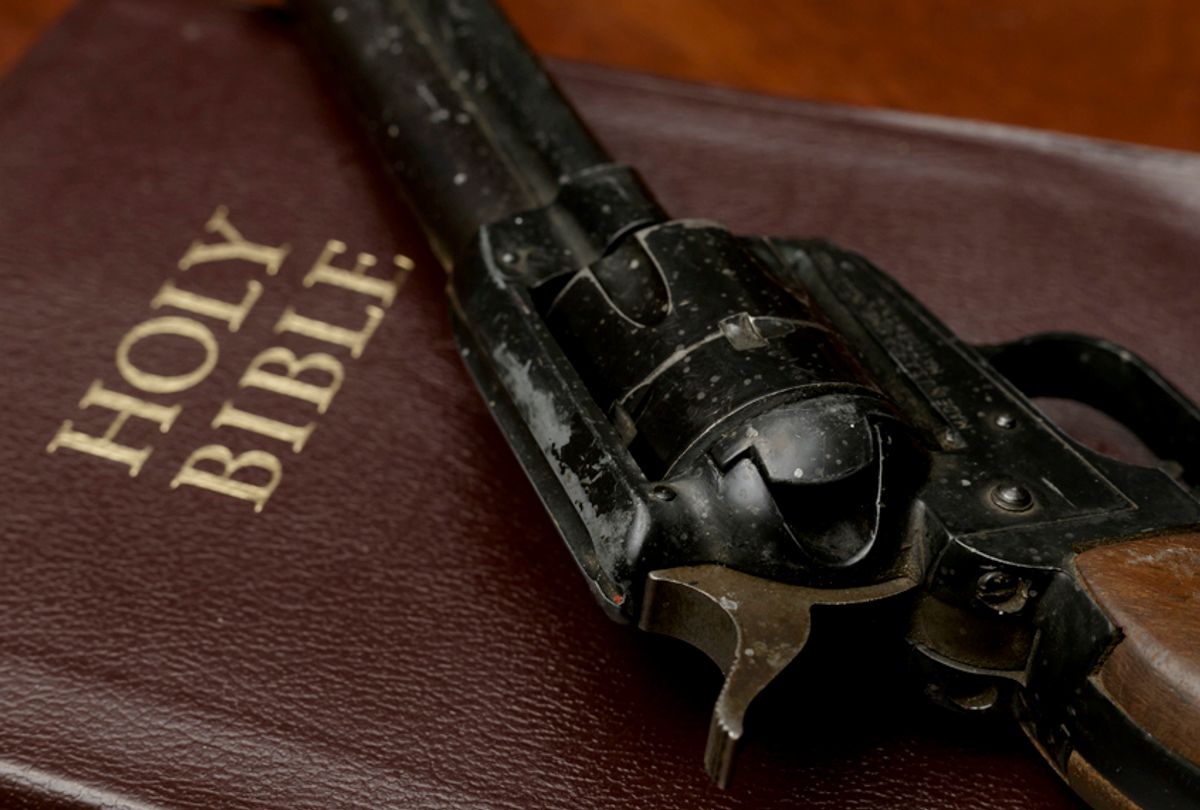 In June 2019, the small Texas town of Waskom declared itself a “Sanctuary City for the Unborn.”

Waskom’s city council passed an ordinance that labels groups — like Planned Parenthood, NARAL and others — that perform abortions or assist women in obtaining them “criminal organizations.”

The ordinance borrows from a similar resolution passed in March by Roswell, New Mexico. Unlike the merely rhetorical Roswell resolution, however, the Texas law bans most abortions within city limits. There are no abortion providers in the town, so it is not clear how the town would enforce the ordinance. It might, perhaps, deter an organization from opening a clinic.

These “sanctuaries for life” join other sanctuaries popping up across the country that challenge federal law and how we understand its power and role in the states and the lives of Americans.

The rapid rise of anti-abortion sanctuaries has a precedent in the growth of so-called Second Amendment sanctuaries.

Second Amendment sanctuaries are partly a response to proposed “red flag” laws. Such laws authorize state courts to issue emergency protection orders, which allow police to temporarily confiscate firearms from a person who presents a danger to others or themselves.

Sanctuaries are not new.

A sanctuary is a state, a county or a town where local officials refuse to enforce federal laws of one sort or another. Its earliest versions in the United States trace to the Fugitive Slave Act of 1850, which required the capture and return of runaway slaves, and the anti-slavery abolitionist movement of the 1860s.

Most recently, Sanctuaries for Life and Second Amendment sanctuaries build on the sanctuary cities movement that has flourished in response to President Donald Trump’s anti-immigration policies.

Those in turn built upon a similar trend in the 1980s, when some churches declared themselves sanctuaries for refugees fleeing repressive Central and South American governments supported by the United States.

From those who wanted to free slaves to those who want to arm themselves, this history tells us that both liberals and conservatives have tried to thwart enforcement of some federal laws.

Although they use similar language, not all sanctuaries are the same, constitutionally. The differences concern what “sanctuary” means, what it requires and what those who use the word think its effects will be.

Fundamentally, sanctuaries claim immunity from federal laws and policies they think violate the Constitution or some other immutable law or principle of justice. Speaking as a constitutional scholar, I would note that these definitions are more political than legal arguments.

Sanctuaries do rest, however, on a particular and controversial — but not necessarily mistaken — understanding of what the Constitution means, as well as who has responsibility for determining its meaning.

The Waskom ordinance, for example, holds that “The Supreme Court erred in Roe v. Wade when it said that pregnant women have a constitutional right to abort their pre-born children.”

The Personhood Alliance similarly argues, “A Sanctuary City for Life uses its 10th Amendment power to protect the welfare, safety, and health of its people, born and pre-born, by ignoring the unjust, unconstitutional Roe decision and all its precedents.”

On the other hand, some sanctuary movements violate the supremacy clause in Article 6 of the Constitution, which says that the federal constitution and federal laws trump state laws.

So a sanctuary movement that claims to nullify federal laws it finds objectionable raises constitutional problems. So too do assertions of a right to obstruct federal law or to impede the exercise of federally guaranteed rights and liberties.

The Sanctuaries for Life movement, for example, encourages communities to pass “ordinances and statutes that prevent abortions from being performed and/or funded within the jurisdiction.” That goes well beyond what the Constitution’s supremacy clause permits.

Similarly, Second Amendment sanctuaries that reject all regulations on firearms, whether federal, state or local, also reach well beyond the limits of healthy constitutional dissent.

Before the Second Amendment sanctuary movement had a name, several states, including Missouri, Montana and Kansas, had passed or tried to pass legislation that invalidated various federal gun control initiatives.

At their best, sanctuary movements are a sign of a strong and vibrant constitutional community, a visible sign of what I have called the “Civic Constitution.” Under the Civic Constitution, questions concerning the meaning and application of constitutional principles to public life are the responsibility of all citizens and not just of judges.

In its worst forms, however, a sanctuary movement subverts the Constitution by denying its very authority.

The difference between sanctuary sense and nonsense will not always be obvious or easy to discern. And it certainly does not turn on whether underlying politics are liberal or conservative.

Rather, it turns on challenging — and contentious — questions about what the Constitution really means, and who gets to decide what it means.