Boris cuts a deal with EU — but Labour's Jeremy Corbyn, along with Scottish and Irish nationalists, vow to fight 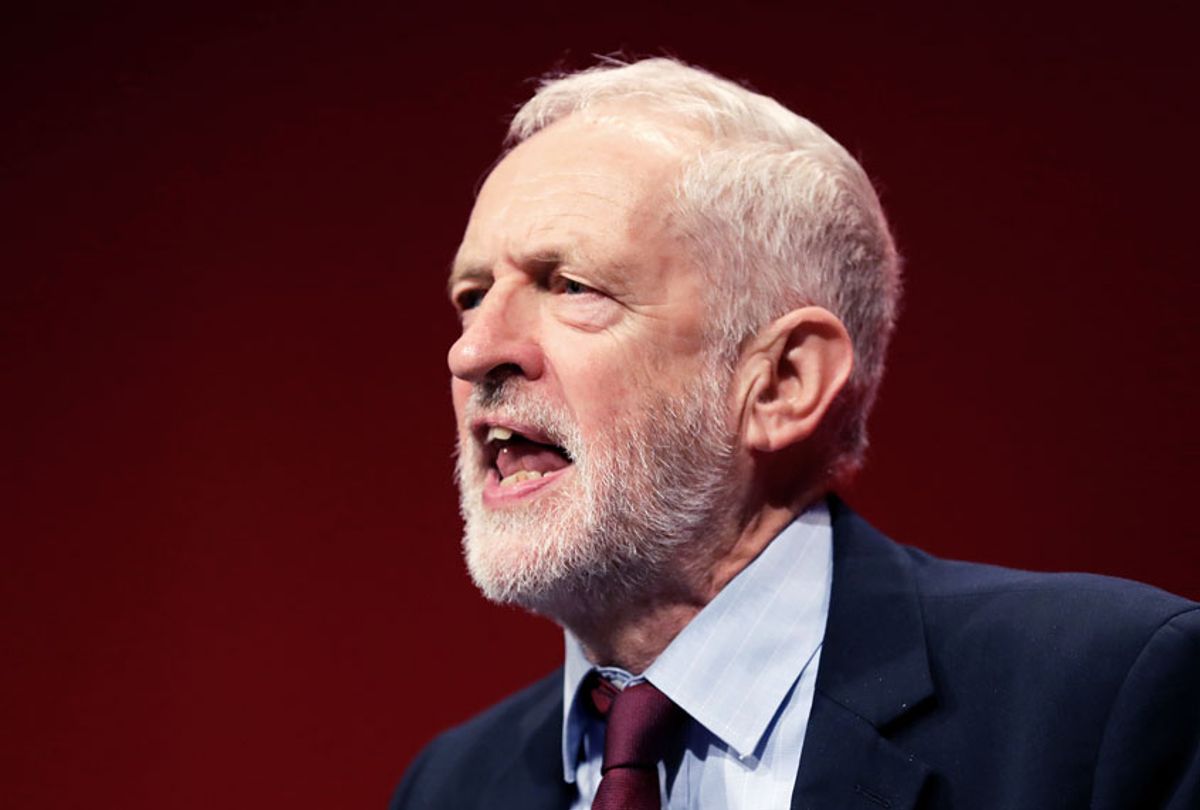 News on Thursday that British Prime Minister Boris Johnson had reached a deal with the European Union to allow the U.K. to leave the coalition under the Brexit referendum of 2016 was met with criticism and derision by progressives, including Labour Party leader Jeremy Corbyn.

"It won't bring the country together and should be rejected," Corbyn said of the deal on Twitter Thursday.

Johnson made the deal with European Commission President Jean-Claude Juncker Thursday. The agreement will go up for a vote before the British Parliament in a special Saturday session.

But opponents of Johnson's approach are prepared to make it an uphill fight.

"It is clear that the Johnson deal is a far worse deal than Theresa May's deal," said Starmer. "It paves the way for a decade of deregulation. It gives Johnson licence to slash workers' rights, environmental standards and consumer protections."

According to journalist Paul Mason, a supporter of Corbyn, Labour intends to enter Parliament on Saturday united behind demanding a second referendum on either the Johnson deal or pulling out of Brexit completely.

"That's our strategy, let the people decide," said Mason. "Having achieved that — which I think we can on Saturday — that's the platform for going into an election and ridding this country of this right-wing, authoritarian, white nationalist and English chauvinist government once and for all."

Scottish Nationalist Party leader Nicola Sturgeon also rejected the deal's premise. "It's hard to imagine a deal that would be worse for Scotland," said Sturgeon.

The deal, which would go into effect for the current Brexit deadline of Oct. 31, reportedly undoes the hardest sticking point of negotiations, the question of the border between Northern Ireland (a U.K. province) and the Republic of Ireland (an EU nation). Under the terms of this agreement, goods will be allowed to cross that border unimpeded after crossing through customs over the Irish Sea.

Johnson's counterpart in Ireland, Taoiseach Leo Varadkar, called the deal a "good agreement" in comments to reporters. "It allows the United Kingdom to leave the European Union in an orderly fashion," said Varadkar.

That sentiment was not, however, shared by others in Ireland and Northern Ireland.

Northern Ireland's hard-right Democratic Unionist Party (DUP), who until recently were necessary to provide Johnson's Conservative Party with a working majority in Parliament, flatly rejected the proposal, which would effectively keep Northern Ireland within the EU's customs union. Without the DUP's support, passing Brexit becomes even more difficult.

"We have been consistent that we will only ever consider supporting arrangements that are in Northern Ireland's long-term economic and constitutional interests and protect the integrity of the [British] Union," the party said in a statement. "These proposals are not, in our view, beneficial to the economic well-being of Northern Ireland and they undermine the integrity of the Union."

Irish nationalist party Sinn Féin is at the opposite end of the political spectrum from the DUP. But it too announced in a tweet that it opposed this deal, saying that there was "no good Brexit."

"The people of the north did not consent to Brexit," said Sinn Féin leader Michelle O'Neill, referring to Northern Ireland's overwhelming vote against the proposal in 2016. "They rejected it."