Capitalist states, by their nature, protect their own interests — not collective ones. Is there still hope? 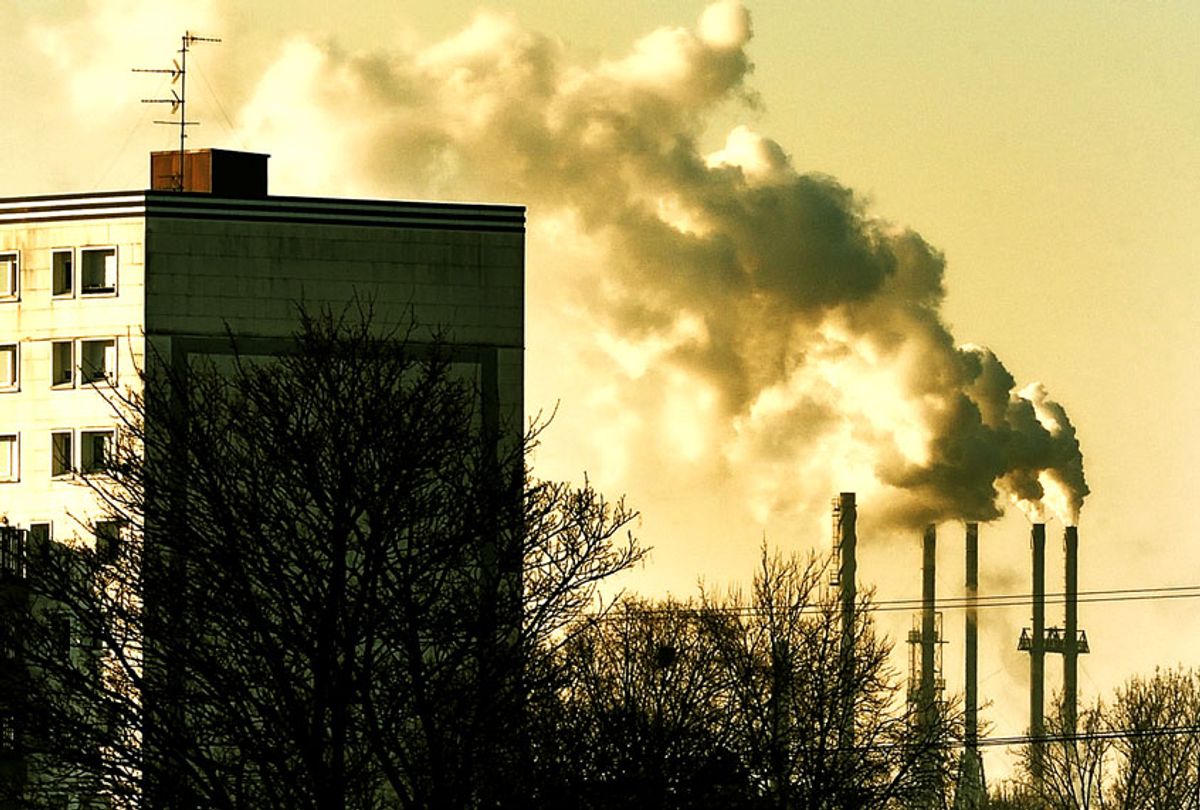 In the last year alone, we have seen publication of the US National Climate Assessment’s Fourth National Climate report,  the UN Global Sustainable Development report (“The Future is Now”), the US National Oceanic and Atmospheric Administration report, the World Meteorological Association report on Accelerating Climate Change, the Intergovernmental Panel on Climate Change (IPCC) reports on Climate Change and Land and Ocean and Cryosphere, the Science Advisory Group to the UN Climate Action Summit’s report “United in Science,” to say nothing of countless articles in science journals warning that catastrophe lies ahead.

As “United in Science" put it, current efforts need to be “roughly tripled to be aligned with the 2o C goal and increased fivefold to align with the 1.5o C goal” adopted by the 2016 Paris Agreement (emphasis added).”

Hence we are confronted by the damage already resulting from climate change: more intense and frequent extreme weather events like hurricanes, floods, droughts, forest fires, and heat waves; rising sea levels that threaten the homes, lives and livelihoods of millions of people; and melting ice caps and permafrost, among others.

The consensus among science-based reports is that the path ahead is far worse: widespread food and water scarcity, increased exposure to diseases and allergic illnesses, economic decline, and damage to the “infrastructure, ecosystems, and social systems that provide essential benefits to communities.”

As Noam Chomsky put it, “To describe these challenges as ‘extremely severe’ would be an error. The phrase does not capture the enormity of the kinds of challenges that lie ahead.”

We can observe three kinds of responses to the crisis of climate change.  First, activism on a global scale is clearly on the rise, commonly led by young people who will bear the greatest burden of climate change.

Millions participated the global Climate Strike on September 20.  530 groups from around the world signed on to the Lofoten Declaration calling for rapid phasing out of fossil fuels.

One of the signers, the Extinction Rebellion, has mobilized two weeks of dramatic direct action and civil disobedience in cities from New York and Philadelphia to London, Paris, Berlin, Madrid, Amsterdam, Toronto and Sydney: from traffic blockades to rallies, marches, and street theatre to throwing red paint on Wall Street’s bull statue.  Some 200 young mothers marched from Westminster to 10 Downing Street where they engaged in a Nurse-In, nursing the babies they seek to protect from climate disaster.

Second, most nations of the world, many states and localities within the United States, even some corporations and the US military, now recognize that the world faces a profound challenge.  Several governments have taken preliminary steps toward altering their emissions, and even more have pledged to do so.

In contrast to the energy of the Climate Strike and the warnings of the UN Science Advisory Group warning, the UN Climate Action Summit produced only modest pledges from a minority of nations.

These steps remain woefully inadequate if the world is to avoid a cataclysmic outcome.

Why this relative inaction in the face of global catastrophe?  The vast majority of greenhouse gas emissions are produced by the world’s developed capitalist economies, with China and the US leading the way.  By contrast, people in nations that have the least impact on climate change are most vulnerable to the worst of its effects.

This climate injustice is only one manifestation of the inequalities and injustices built into the capitalist powers’ imperial exploitation of the “under-developed” world.  In the late Immanuel Wallerstein’s framework, the core capitalist powers compete with each other for dominance in exploiting the resources of the underdeveloped periphery nations.

Consequently, each of the capitalist powers is loathe to weaken its competitive position vis à vis the other capitalist economies.  In a capitalist world, each economic unit must act to protect what it deems its own interests.  The only counterweight comes from the public sector.

Yet in a capitalist world, each public authority — local, state or national government — is constrained by the fear that pushing public interests too far will cause capital flight, thereby undermining its viability.  And, of course, corporations and the wealthy dominate the shaping of public policy — nowhere more than in the US.

This is the way capitalism works, which suggests how profound and systemic the changes will have to be if the world is to avoid catastrophe.

Lastly, however, the Trump administration and its fossil fuel allies have thumbed their noses at the world by brazenly accelerating the race to destruction.

Among his flagrant attempts to flout the international scientific consensus, Trump has pledged to withdraw the US from the Paris Agreement; he promoted fossil fuel interests at the 2017 climate talks, he campaigned to end the “war on coal,” and subsequently his administration has moved to relax environmental coal plant emissions while weakening the federal government’s ability to set national standards.  The administration removed restrictions on the leakage of methane from the nation’s oil and gas wells; it has taken steps to encourage coastal and Arctic oil drilling and exploration; and Trump announced he was revoking California’s authority under the Clean Air Act to enforce automobile emissions standard tougher than those of the federal government.

But itself, climate change has caused 150,000 deaths each year, a number that is likely to double in a decade, and it has contributed to 5 million human illnesses every year.  Left unchecked, climate change casualties could climb into the millions.  Those political actors and fossil fuel producers who resist the fundamental changes that are necessary become guilty of producing these deaths  — in short, guilty of crimes against humanity.

The world cannot wait for the capitalist states to enact adequate constraints on greenhouse gas emissions.  Instead, the Climate Strike and Extinction Rebellion are the beginning of a global uprising of increasing numbers of an increasingly well informed public.  The confrontation with the powerful polluters will only grow; it will not diminish.  Ultimately, the test will be the global uprising becomes coordinated force for systemic change that can no longer be dismissed by the powers that be.

Ted Morgan is emeritus professor of political science at Lehigh University.  He can be contacted at epm2@lehigh.edu.