America's "war on drugs" has failed. We need more policies that treat drug abuse as a public health issue 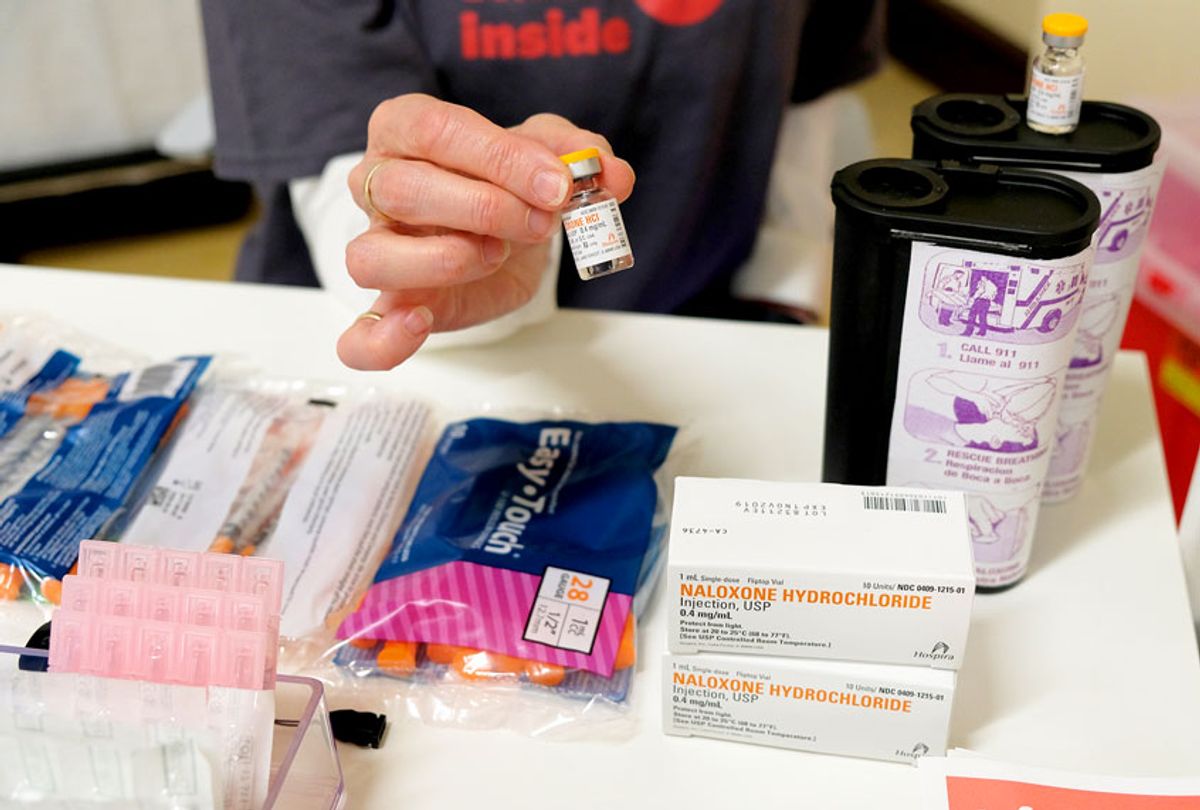 In this photo taken Wednesday, Aug. 29, 2018, Linda Montel shows off supplies on a check in desk at Safer Inside, a realistic model of a safe injection site in San Francisco. The model is an example of a supervised, indoor location where intravenous drug users can consume drugs in safer conditions and access treatment and recovery services. (AP Photo/Eric Risberg)
--

Earlier this month, a Philadelphia judge rejected federal objections to the opening of what will be the nation’s first legal overdose prevention site—paving the way for other jurisdictions to bring this lifesaving tool to their communities. Overdose prevention sites are facilities where people can use drugs under medical supervision by staff who can immediately address and reverse any overdoses that occur. While the U.S. Department of Justice has claimed that these sites are illegal under federal drug laws, the opinion concludes that a public health response — and operating a facility such as this —  is not in contravention of federal law. This is a landmark ruling in the U.S., but not internationally where 118 safe consumption sites operate in 12 countries, with plans to also open them in Mexico and Ireland. It’s well past time for cities across the U.S. to follow suit and embrace harm reduction practices, not simply in regard to this issue, but also more generally in the criminal justice arena.

Nearly 50 years after the United States declared a “war on drugs” there is ample evidence today that a criminal justice and punitive response to drug use has failed. Meanwhile, countries like Portugal and Switzerland have embraced public health approaches to reducing the harms associated with drug use for decades, with proven success. Switzerland was the first country to open an overdose prevention site over 30 years ago, saving countless lives and without recording a single fatal overdose. Indeed, since the 1990s, the number of opioid-related deaths has fallen by more than 60%.  Portugal decriminalized the personal use of all drugs in 2001, and since then, overdose deaths have decreased by more than 80%. As a group of U.S. prosecutors learned during a recent trip to Portugal, decriminalization worked in large part because it helped reduce the stigma of drug use and replaced a justice system response with a public health starting point.

It is time for all nations to follow this lead and embrace a new global vision for drug policy based on principles of harm reduction and respect of fundamental human rights, including the right to health care. Harm reduction is a public health philosophy that posits governments can more effectively and humanely address substance use by aiming efforts at reducing the negative consequences of drug use. These strategies include needle exchanges and overdose prevention sites, where people can use drugs under the supervision of individuals trained to reverse overdoses.

Some elected prosecutors are already leading this charge and implementing reforms that recognize the ineffectiveness of criminalizing drug use and the need for a paradigm shift. Seattle District Attorney Dan Satterberg has stopped charging virtually all personal possession cases of small amounts of drugs; San Francisco District Attorney George Gascon is wiping out over 9.000 past marijuana convictions; Baltimore State’s Attorney Marilyn Mosby recently decriminalized marijuana possession and is similarly working to expunge past marijuana convictions; and Chittenden County, Vermont State’s Attorney Sarah George has stopped prosecuting possession of the opioid treatment buprenorphine and has called for the opening of a supervised consumption site.

Before more lives are lost to jails or overdose deaths, leaders should follow the example of these pioneers and other countries around the world. Criminalizing and incarcerating people for drug-related offenses not only hasn’t worked but has led to additional harms to communities: an explosion in incarceration that fractured families and disparately impacted communities of color, the spread of infectious diseases and thousands of drug-related overdoses. We know now that most people who use drugs do not develop a substance use disorder, but for those who do, treatment is far more effective than jail. Harsh approaches don’t reduce drug supply or use. They simply drive people who use drugs into the margins of society. Further, overly punitive strategies that focus on prohibition are enormously expensive and take vital resources away from efforts that reduce overdoses and limit the spread of diseases. Criminalizing people who use drugs doesn’t just fail to make people safer and healthier, it makes them sicker and more likely to overdose in the shadows.

This shift from punishment to harm reduction requires a fundamental change in attitudes around drug use and the nature of addiction. From criminalizing people who sell drugs to fund their addiction, to jailing people who relapse during court-mandated treatment, the idea of drug use as a moral failing is deeply embedded in too many of our justice system policies. True change will require us to end our counterproductive use of criminal penalties for people who use drugs, stop demonizing them, and instead treat them as individuals deserving of compassion and care.

Global leaders, researchers and health care providers have already done the critical work of showing that harm reduction combined with the decriminalization of drug use and possession works in communities around the world.  If the U.S. seeks to joins other countries that have successfully implemented harm reduction strategies, its justice system must do its part to catch up and stop inflicting further harms. It’s time for leaders at all levels of government to affirm – through both words and action – that people who use drugs deserve dignity and respect, not isolation, jailing and death.

Louise Arbour is former High Commissioner for Human Rights, former justice of the Supreme Court of Canada and member of the Global Commission on Drug Policy.

Geoff Gallop is the former Premier of Western Australia and a member of the Global Commission on Drug Policy.

Miriam Aroni Krinsky is a former federal prosecutor and the executive director of Fair and Just Prosecution, a national network of elected prosecutors working towards common-sense, compassionate criminal justice reforms.