Why you should catch up on Netflix's addictive "Rhythm + Flow"

Featuring Cardi B, Chance the Rapper, and T.I., this is a hip-hop competition series that values credibility 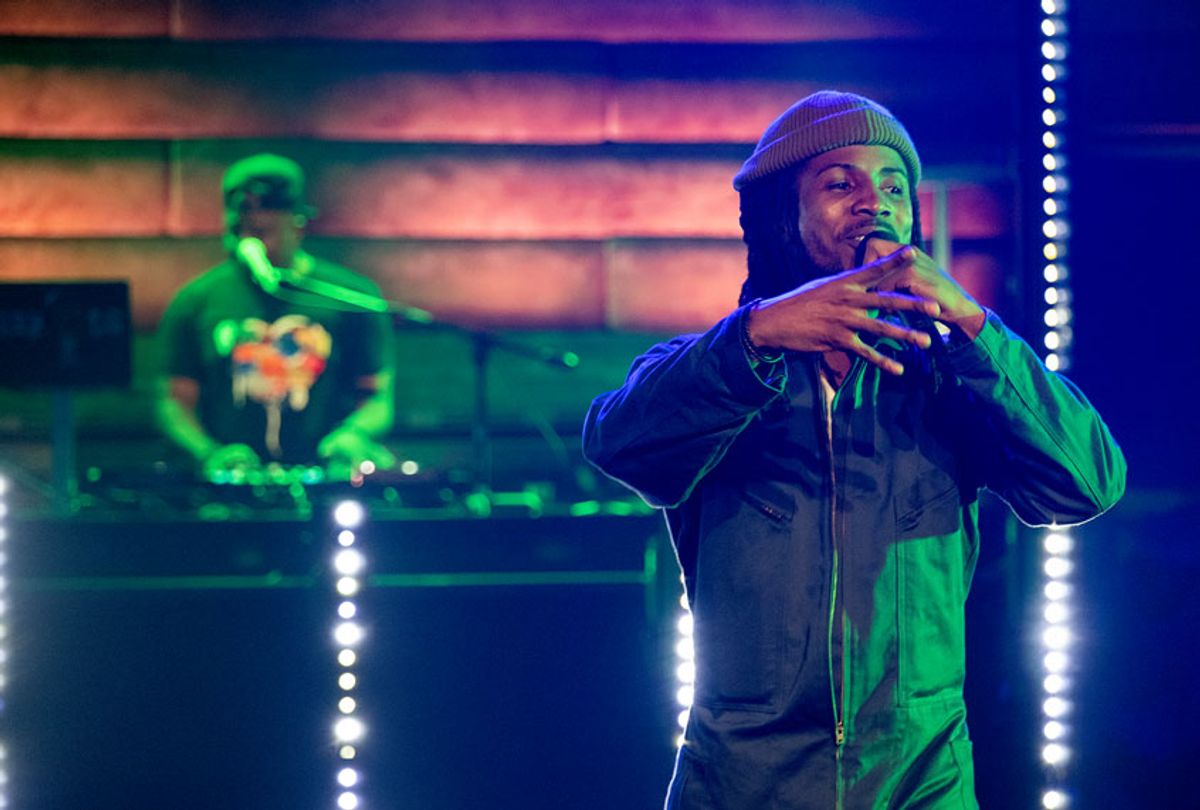 There have now been enough music competition reality series that something of a spectrum exists, ranging from the now-mundane “American Idol” to the splashy and bizarre “Masked Singer.” But regardless of where a show falls on this television continuum, there are some predictable elements — celebrity judges, elimination rounds, and dramatic cutaways to depict the contestants’ backgrounds.

The new Netflix series “Rhythm + Flow” doesn’t exactly break form, but that doesn’t mean it’s not worth a watch.

In a departure from the streamer's usual binge drop, the show premiered on Oct. 9, with a bundle of four episodes. Three more were released this past Wednesday, and the final three will be released on Oct. 24. It follows judges Cardi B, Chance the Rapper, and Tip “T.I.” Harris as they search for the country’s next great hip-hop star, pulling talent from New York, Chicago, Atlanta, and Los Angeles. The chosen contestants then move through various challenges like rap battles, ciphers, and music video production.

Network shows like “American Idol” and “The Voice” have notably ignored hip-hop and rap talent. As the LA Times reported in 2013, Nicki Minaj “warned rappers to stay away from ‘American Idol,'” despite the fact that she was judging the show’s 12th season.

“Rap and hip-hop is completely different from ‘American Idol,’” Minaj said during a press conference. “I started off in the streets, selling mixtapes out of my car. It’s a different situation. The hip-hop community wants you to be credible.”

This concept of credibility or authenticity makes for a really compelling central tension in “Rhythm + Flow,” and one that differentiates it from its music TV predecessors. While the contestants obviously want to set themselves apart — I’m thinking specifically of standout performer Old Man Saxon who, dressed in his sharp suits, cites Cab Calloway and Rudy Ray Moore as sources of inspiration — the judges consistently remind them that a large part of the business is navigating that delicate balance between individuality and marketability.

This isn’t to say the judges are looking for carbon-copies of themselves; “You’re very different from me; I’m selling boobs, I’m selling ass and everything,” Cardi B tells a contestant who presents as a little nerdier, “but if I was to hear your song, I wouldn’t care.” But there is a distinct sense that this isn’t a show where simply rapping your heart out is going to curry favor; it’s about who is going to sell.

Cardi B weighs in, saying, “I wasn’t really feeling that ‘murder' thing, and you know, that scares white people,” while Chance notes that the performance was “too dark.”

T.I., meanwhile, sits back in his chair, hands folded and head slightly tilted back, much like an executive thinking through the next steps of an acquisition at a board meeting.

Interactions like this really solidify the characters the judges put on in the series. T.I. is money-minded, consistently referencing record executives and labels. Chance is upbeat, occasionally reminding viewers of his Christian values and steering clear of anything that is too abrasive; his interaction with an emo Chicago-based contestant with smudged mascara and a baby doll head attached to a wallet chain whom he deems “demonic” is one of my personal highlights of the series.

Cardi B is reliably splashy and delightful, in both her ensembles and turn of phrase — though she’s also the most comfortable expressing her apathy for many of the contestants’ performances (as she jokes in an aside, she’s “paid to be the mean one”).

While there are some absolutely memorable competitors among the bunch, like the stylish Londynn B and the Chicago-based Sasha Go Hard, a lot of the talent just blends into the background. It’s a problem Pitchfork writer Alphonse Pierre dissects in his article, aptly headlined, “Are the Rappers Competing on Netflix’s Rhythm + Flow Actually Any Good?”

“I felt like I was missing something,” Pierre writes about judge-favorite D Smoke. “[His] run-of-the-mill lyrics and lethargic stage presence were completely unremarkable (in English or in Spanish), something I could come across on a dusty hip-hop forum any day.”

This is where “Rhythm + Flow” could take a note from the NBC series “Songland.” Under the eye of its panel of expert judges — three-time Grammy winner Ryan Tedder, Grammy-nominated Ester Dean, and Grammy-winning country music writer Shane McAnally — aspiring songwriters are guided through writing a new piece for celebrity guests including Macklemore, the Jonas Brothers, Leona Lewis, and Meghan Trainor. Like all reality TV, there is some predictable artifice, but the show is refreshing in its concentration on creative process over performance.

Many of the contestants of “Rhythm + Flow” have apparent talent; it would be really satisfying to watch them develop over the course of the challenges if they received celebrity coaching, helping them sharpen their lyricism and flow.

The judges do provide constructive feedback, however.

The most common is a variation of a line from T.I.: “You’ve got to find a way to be memorable.” And while the ways in which “Rhythm + Flow” differentiates itself from its musical competition predecessors are minor, they are enough to render the series so.