"Sometimes you have to let 'em fight," Trump said to cheers from his supporters 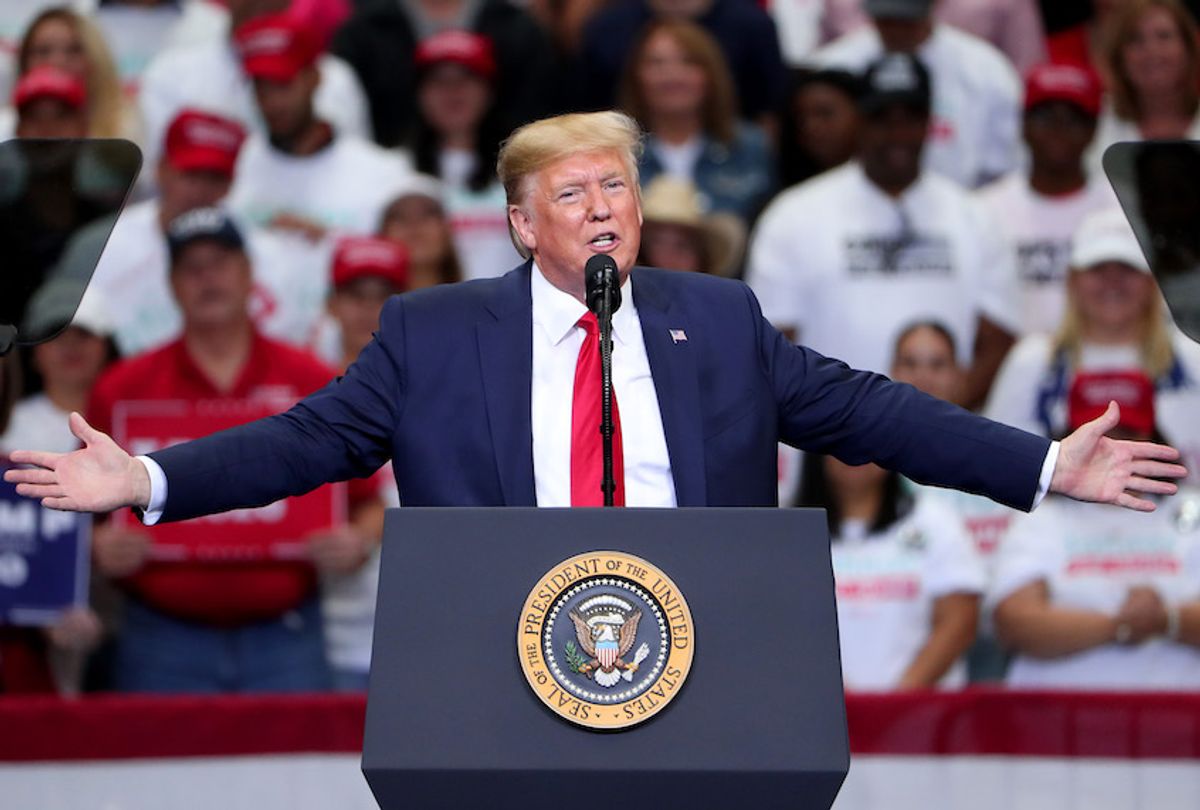 During a campaign rally in Dallas, Texas Thursday night, President Donald Trump compared the Turkish assault on Kurds in Syria that he enabled — which has killed dozens and displaced an estimated 160,000 civilians — to two kids fighting in a parking lot.

"Sometimes you have to let 'em fight," Trump said to cheers from his supporters. "Like two kids in a lot, you gotta let 'em fight, then you pull 'em apart."

Trump's callous and mocking remarks about an attack in which people were maimed, tortured, and executed left observers appalled.

"This little quip speaks volumes," tweeted S.V. Dáte, White House correspondent for HuffPost. "The president is talking about genocidal slaughter and hundreds of thousands of war victims like it's a playground squabble."

The comments, wrote another critic, show the president "has absolutely no respect for human life."

"This is outright horrifying," tweeted Daniel Nichanian, fellow at the Justice Collaborative. "The Kurds have suffered decades of systematic state-sponsored violence and repression (physical, cultural, political)."

The president's comments came just hours after U.S. Vice President Mike Pence and Secretary of State Mike Pompeo announced what they called a "ceasefire" agreement with Turkey that would require Kurds with the Syrian Democratic Forces (SDF) to leave a 20-mile area near the border of Turkey.

The deal, which critics condemned as "ethnic cleansing," was celebrated by Turkey as a near-total victory.

"Turkey isn't even calling it a ceasefire — it's calling it a win," noted Vox's Jen Kirby. "It is not clear the Syrian Kurds were consulted at all about this arrangement, and the extent to which they'll comply remains unclear."

Speaking to reporters Thursday, Trump openly used the language of ethnic cleansing to describe the U.S. agreement with Turkey:

"Donald Trump is defending the notion that a historically oppressed ethnic minority had to be 'cleaned out,'" tweeted The Nation's John Nichols. "Anyone who defends this language is either wholly ignorant of the past or wholly evil."

Rep. Alexandria Ocasio-Cortez (D-N.Y.) said in response to Trump's comments: "The president of the United States is using the language of ethnic cleansing. If we allow him to continue, who would he use it on next?"