"It is outrageous for anyone to suggest that Tulsi is a foreign asset," Sanders says 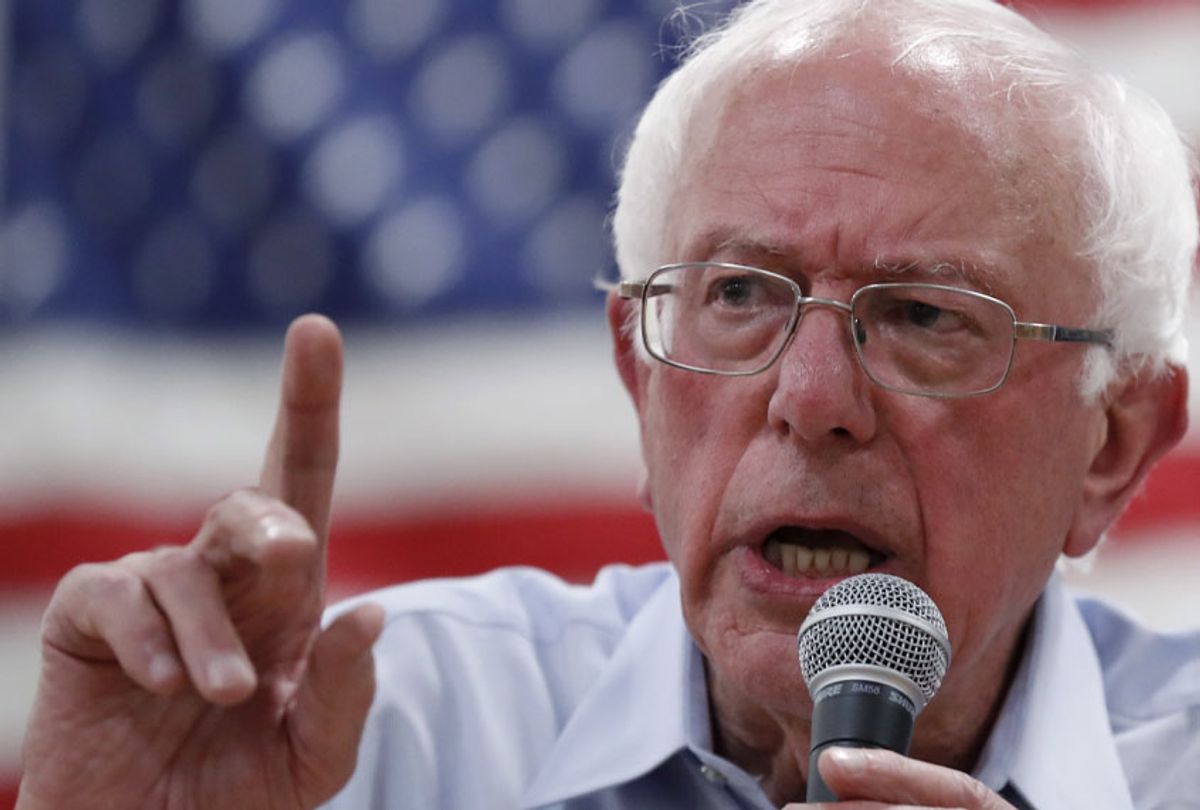 "Tulsi Gabbard has put her life on the line to defend this country," Sanders wrote Monday night on Twitter, a reference to Gabbard's two tours of duty in the Middle East. "People can disagree on issues, but it is outrageous for anyone to suggest that Tulsi is a foreign asset."

Though he did not writer her name in his tweet, the senator's comments appeared to be aimed at Clinton, who last week claimed that Russians were "grooming" a Democratic presidential candidate to run as a third-party candidate in order to help President Donald Trump clinch a second term in the White House. Sanders returned to the campaign trail this cycle after losing the 2016 contest for the Democratic Party's presidential nomination to Clinton.

"I'm not making any predictions, but I think they've got their eye on somebody who is currently in the Democratic primary and are grooming her to be the third-party candidate," Clinton said last week on the "Campaign HQ" podcast hosted by David Plouffe, a former aide of President Barack Obama. "She's the favorite of the Russians. They have a bunch of sites and bots and other ways of supporting her so far."

Clinton continued, "And that's assuming [Green Party 2016 candidate] Jill Stein will give it up, which she might not, because she's also a Russian asset." (Stein, for her part, denied Clinton's claim, which she blasted as a "completely unhinged conspiracy theory.")

Gabbard, who stepped down from her post as vice chair of the Democratic National Committee to endorse Sanders during the 2016 primary, responded to Clinton's accusation last week. She labeled Clinton as the "queen of warmongers, embodiment of corruption, and personification of the rot that has sickened the Democratic Party."

In a video shared Sunday to Twitter, Gabbard added: "If they can falsely portray me as a traitor, then they can do it to anyone."

"That's exactly the message that they want to get across to you — that if you stand up against Hillary and the party power brokers, if you stand up to the rich and powerful elite and and the war machine, they will destroy you and discredit your message," Gabbard said.

Clinton's comments sparked mounting bipartisan backlash. Amid the controversy, Clinton's team claimed that the former secretary of state was simply suggesting that Republicans and Trump — not Russia — were grooming the Hawaii Democrat.

"Folks, listen to the podcast. She doesn't say the Russians are grooming anyone," Clinton spokesperson Nick Merrill tweeted Friday. "It was a question about Republicans."

Sanders is not the only 2020 Democrat who has weighed in on the Clinton-Gabbard feud.

Former Rep. Beto O'Rourke of Texas came to Gabbard's defense, claiming that the lawmaker was "not being groomed by anyone." The focus of the campaign should instead be on the issues of concern to voters, such as climate change and the economy, he added.

"That is not correct. Tulsi is not being groomed by anyone. She is her own person," he told reporters after delivering a keynote address Saturday at the Alabama Democratic Conference Semi-Annual Convention in Birmingham. "Obviously, (she) has served this country, continues to serve this country, in uniform, in Congress, as a candidate for presidency. So I think those facts speak for themselves."

He again defended Gabbard during an interview with MSNBC, where he again insisted that "the focus has to be on Donald Trump. If we're talking about the country of Russia, there is a russian asset in the White House right now."

Meanwhile, South Bend Mayor Pete Buttigieg dismissed Clinton's claim on Sunday, saying "there is no basis for that" and "statements like that ought to be backed by evidence."

"I don't know what the basis is for that, but I consider her to be a competitor," he said during an appearance on CNN."I respect her service. I also have very different views than she does, especially on foreign policy. And I would prefer to have that argument in terms of policy, which is what we do at debates and what we're doing as we go forward."

Even Trump took a swipe at Clinton, who he has continued to target since 2016, over the accusation.

"Now, I don't know Jill Stein. I know her as an environmentalist. OK? And probably a good woman. The last thing she is is a Russian asset. I don't know Tulsi Gabbard, but know one thing: She's not an asset of Russia," Trump told Fox News Sean Hannity Monday night, adding that Clinton and her inner circle were "sick. There's something wrong with them."