Trump's tax case will be live-streamed: Is this a roadmap for impeachment? 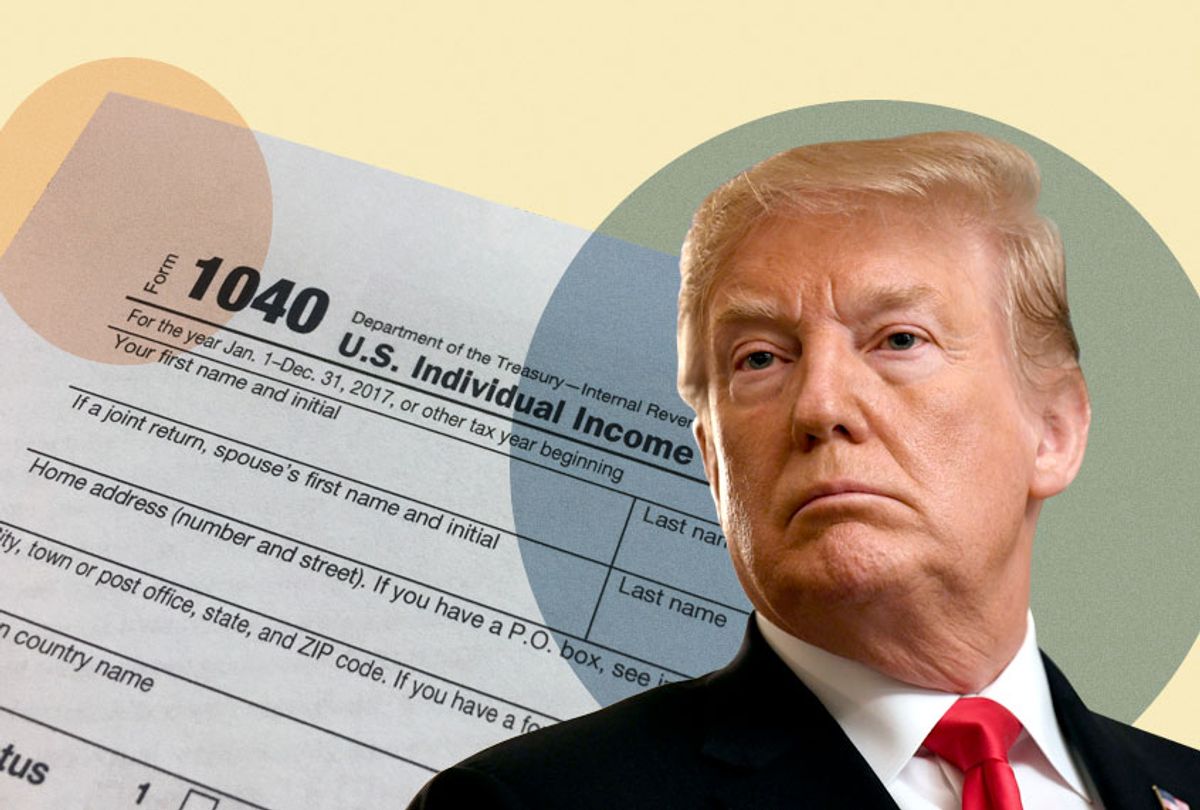 Former FBI director James Comey did a bit to redeem himself and lift his stature among Donald Trump’s most dug-in resisters when he testified before Congress in 2017 and responded to a Twitter threat from the president to not divulge too much about their Oval Office conversation.

"Lordy, I hope there are tapes," Comey famously said, discussing his infamous chat with the president about the FBI’s investigation into election interference in 2016.

To the great disappointment of many, however, no such tapes have ever been released. There appears to be no “pee tape” either. Almost three years into Trump's first term this much is clear: There is no secret recording that will take him down — but there may be a livestream.

After the U.S. Court of Appeals granted Trump a last-minute reprieve in his quest to block New York prosecutors from obtaining his tax records, Manhattan District Attorney Cyrus Vance is set to finally appear in the Second Circuit this week. The arguments will reportedly be live-streamed on the internet.

The 40 minutes of oral arguments scheduled for Wednesday morning aren’t likely to provide fireworks, or even many gripping soundbites. But for House Democrats attempting to navigate the tangled politics and process of the impeachment inquiry, it may provide something of a roadmap.

Vance agreed late on Monday to delay enforcement of a grand jury subpoena for Trump's tax returns as part of an agreement to fast-track a likely Supreme Court ruling on the issue before the 2020 election. That came after a federal appeals court on Friday had ordered Trump’s longtime accounting firm to hand over stacks of financial documents to congressional investigators.

Democrats don't have Trump’s tax returns yet, in large part because House Ways and Means Committee chair Richard Neal, D-Mass., has thus far avoided an aggressive legal battle. Vance's office, on the other hand, has seen some forward success in its extended battle to get eight years of tax records as part of a criminal investigation into the Trump Organization.

As Democrats prepare to move from a series of closed-door depositions on the Ukraine scandal toward public hearings, they will begin to make the public case for impeachment. If their goal is to explain the need for impeaching Trump in a way that will be both clear and persuasive to undecided voters, the federal Judge Victor Marrero, who earlier this month rejected Trump’s claims of immunity to federal investigation, has already made the case.

“The President asserts an extraordinary claim in the dispute now before this Court,” Marrero wrote. “He contends that, in his view of the President’s duties and functions and the allocation of governmental powers between the executive and the judicial branches under the United States Constitution, the person who serves as President, while in office, enjoys absolute immunity from criminal process of any kind.”

In a peculiar and sinister way, Trump may be doing America a favor. He is stress-testing the Constitution and the power of our legal systems to uphold it. We do not yet know whether those systems will pass the test.

It’s staggering when you consider that despite the many impeachable offenses Trump has committed, a new poll reports that voters in six battleground states support an impeachment inquiry only by a 50 to 45 percent margin, and oppose impeaching and removing Trump from office by 10 points. Slightly over half of white voters in those states — Arizona, North Carolina, Pennsylvania, Wisconsin, Michigan and Florida — oppose even the impeachment inquiry, while Republican opposition to the whole process remains solid, as it is nationally.

"The results suggest that the president continues to be stronger in the top battleground states than he is nationwide. This is keeping his narrow path to re-election alive and insulating him and his party from national political opinion — to an extent," The New York Times’ Nate Cohn wrote Monday.

If the persuadable voters are the 7 percent or so who fall into the "inquiry, but no removal" camp, then it’s worth nothing that the impeachment investigations are just beginning, and the question of convicting Trump and removing him from office is premature. If House Democrats plan to frame their impeachment case on a simple "abuse of power" narrative, then Trump’s lawyers are doing the president's foes a huge favor by arguing an absurd total-immunity case in open court. That's likely to cause those numbers to shift.

Part of the reason Democrats appear so confused on impeachment is because Trump has overwhelmed the traditional avenues of accountability, like our political and media system. As the New York Times poll showed, voters still don’t view Trump as uniquely corrupt. Voters were asked whether what Trump did was "typical of what politicians do" or "much worse" than what politicians usually do. By a score of 46 to 42 percent, they said it was typical.

Lordy, there are probably no incriminating tapes. But a live-stream may be nearly as good. Total transparency is the Democrats’ best hope to dispel the crippling cynicism of both-sides-ism and make a compelling public case for impeaching and convicting a uniquely dangerous president.