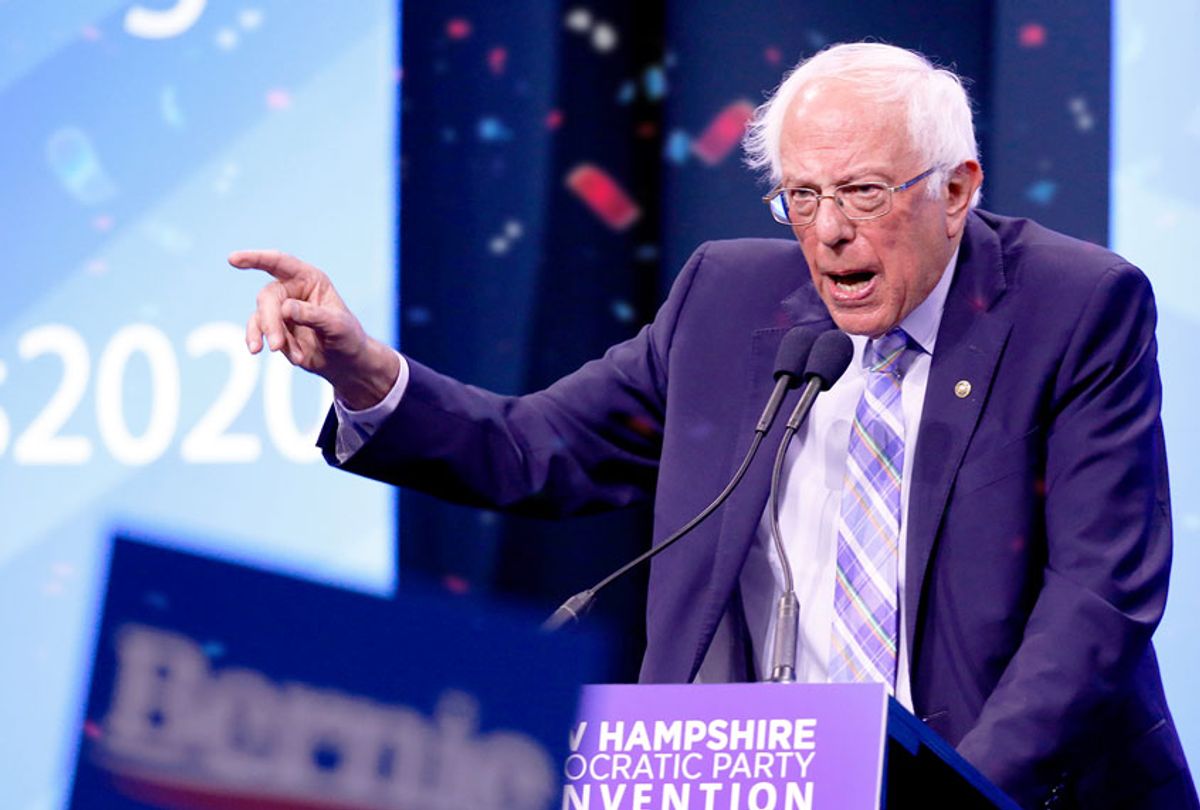 Sen. Bernie Sanders vowed, if elected president in 2020, to break with both the Trump and Obama administrations by refusing to use the repressive, century-old Espionage Act to prosecute whistleblowers, a stance that was applauded by press freedom advocates and former NSA contractor Edward Snowden.

In an interview with The Intercept's Ryan Grim released Tuesday, Sanders condemned President Donald Trump's repeated attacks on the Ukraine whistleblower and emphasized the crucial role whistleblowers play in the political process.

Asked if the Espionage Act of 1917 should be used against those who raise the alarm about government wrongdoing, Sanders said, "Of course not."

"The law is very clear: Whistleblowers have a very important role to play in the political process and I am very supportive of the courage of that whistleblower, whoever he or she may be," Sanders said of the individual who filed the complaint about Trump's call with Ukrainian President Volodymyr Zelensky.

Grim pointed out that the 1917 law "had largely gone out of fashion until it was deployed heavily by the Obama administration, which prosecuted eight people accused of leaking to the media under the Espionage Act, more than all previous presidents combined."

"President Donald Trump is on pace to break Barack Obama's record if he gets a second term," Grim wrote. "He has prosecuted eight such whistleblowers, five of them using the Espionage Act, according to the Press Freedom Tracker."

Former U.S. Army private Chelsea Manning, currently behind bars for refusing to testify before a secretive grand jury, was prosecuted by the Obama administration for Espionage Act violations and served seven years in prison before Obama commuted her sentence at the end of his presidency.

Manning released classified information to WikiLeaks, whose founder and publisher, Julian Assange, has been indicted by the Trump administration for espionage.

Progressives hailed Sanders' pledge to end the use of the Espionage Act against whistleblowers as a potential "sea-change" and urged other 2020 Democratic presidential candidates to follow his lead.

Trevor Timm, executive director of the Freedom of the Press Foundation, called Sanders' vow "the most important stance any candidate has taken affecting press freedom so far."

Snowden — who, like Manning and Winner, was charged with Espionage Act violations — tweeted a simple response to Sanders's pledge: "Whoa."