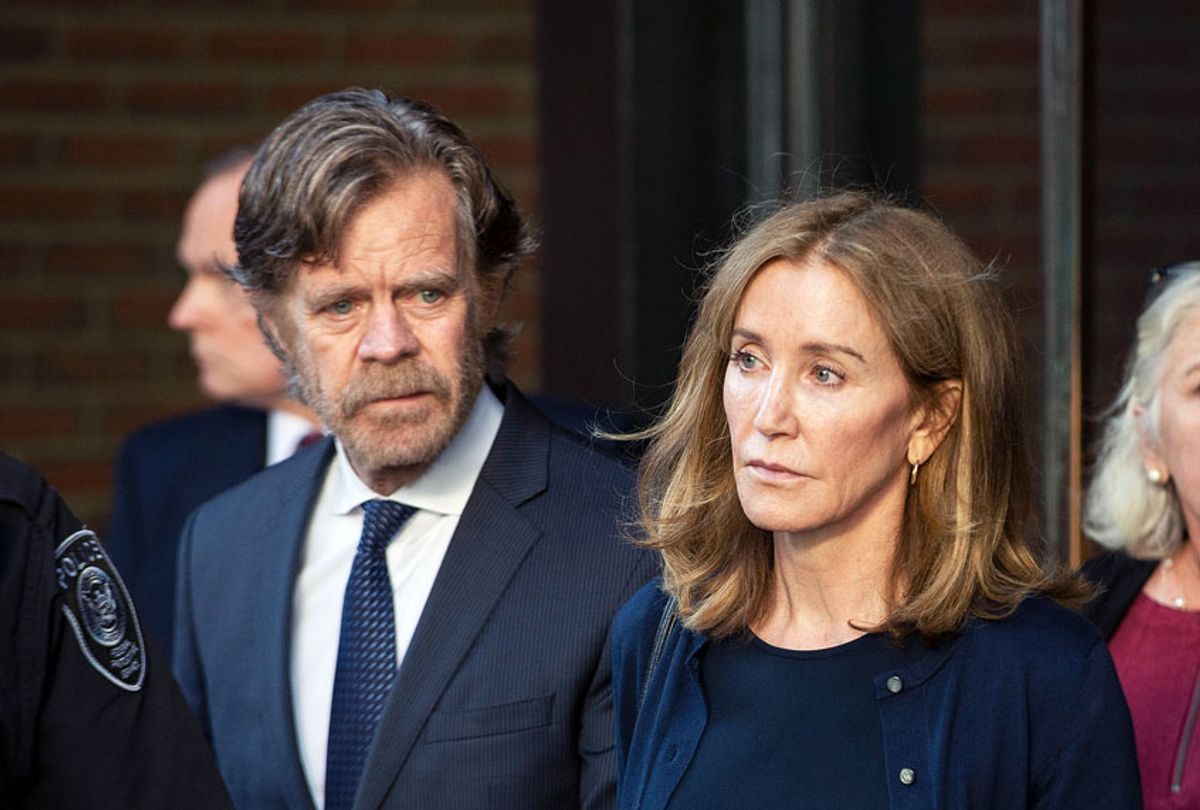 Actress Felicity Huffman was reportedly released from federal prison in Northern California on Friday after serving less than two weeks in what federal prosecutors called the "largest college admissions scam" ever uncovered by the Department of Justice.

Huffman was expected to complete her 14-day sentence on Sunday, Oct. 27, even though that would mark the 13th day of her sentence. However, she was released Friday. Prison officials confirmed to NBC News that the actress was released Friday under a policy which allows inmates to leave ahead of schedule if their release day is on a weekend or legal holiday.

Huffman, the wife of actor William H. Macy, was also ordered to pay a fine of $30,000 and perform 250 hours of community service under the sentence handed down last month by U.S. District Judge Indira Talwani.

Huffman, the first of the nearly three dozen wealthy parents charged in the college admissions scandal to be sentenced, expressed deep regret and shame for the crime whens she was sentenced in September.

"I can promise you that in the months and years to come that I will try and live a more honest life, serve as a better role model for my daughters and family and continue to contribute my time and energies wherever I am needed," she said.

A photo of Huffman in prison, whose inmate number was 77806-112, surfaced online earlier this week. In the images, Huffman is wearing a dark-green jumpsuit, eyeglasses, a white hat, a watch and black Under Armour sneakers.

Martha Stewart, who reported to prison in 2004 for lying to investigators about a stock sale, commented Tuesday on photos of Huffman in prison during a talk at Vanity Fair's New Establishment Summit.

Stewart added that Huffman made a "horrible mistake" and is now suffering the consequences of her actions.

Huffman admitted to paying for someone to administer and correct her daughter's college entrance exam, which resulted in the teenager’s score jumping to 1420 out of a total possible 1600 — an improvement of approximately 400 points over her PSAT performance taken without assistance one year earlier.

The FBI investigation, called "Operation Varsity Blues," found that wealthy parents had paid college counselor William "Rick" Singer, whom prosecutors have described as the architect of the admissions scheme, to get their children into elite universities by boosting their college exam scores — or falsely present them as top athletes whom coaches would want to recruit. Singer has pleaded guilty to money laundering, racketeering and obstruction of justice. He has not yet been sentenced.

"Full House" actress Lori Loughlin and her fashion designer husband, Mossimo Giannulli, are also among the 52 people charged in the scheme.

Eleven of the 15 parents still facing charges, including Loughlin and Giannulli, were hit Tuesday with new charges in a third indictment. The latest charge against the 11 parents, who previously pleaded not guilty to other charges in the scheme, is conspiracy to commit federal program bribery.

Prosecutors have claimed that Loughlin and Giannulli paid a total of $500,000 to get their two daughters admitted to the University of Southern California as rowing recruits. Neither of them had ever practiced the sport. Loughlin and Giannulli already faced charges of money laundering, conspiracy to commit mail fraud and wire fraud, to which they pleaded not guilty.