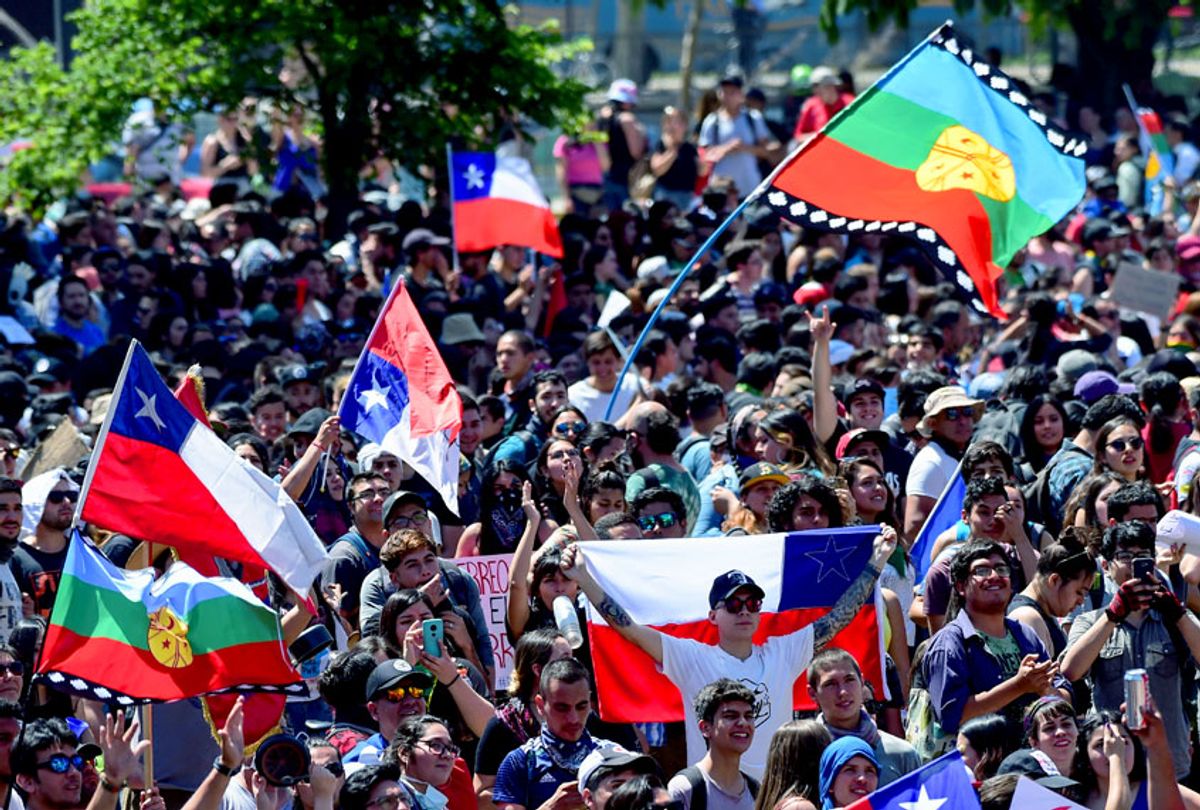 People demonstrate on the seventh day of widening protests over living costs and social inequality in Santiago, on October 24, 2019. - The United Nations said Thursday it would send a special mission to investigate human rights abuses in Chile, where a general strike went into its second day following a week of street protests that left 18 dead. (MARTIN BERNETTI/AFP via Getty Images)
--

Chilean President Sebastián Piñera on Saturday said he would reshuffle his cabinet after over a million Chileans poured into city streets across the country Friday to demand structural reforms to the country's government and economic system.

The move by Piñera came as the protest movement mobilized people in Santiago, the Chilean capital, and well beyond.

The timeline and plan for the replacement of ministers remains unclear. On Saturday, Reuters reported that a document obtained by the news agency "suggested Piñera was considering replacing the heads of at least nine ministries, including the ministries of interior, defense, economy, transportation and environment."

"A peaceful day that will leave its mark on our history," said Kast. "Chile is not the same as it was yesterday."

The protests kicked off on Oct. 15, after high school students occupied subway stations in Santiago to protest fare hikes. The movement exploded from there as demonstrations quickly focused more on the country's neoliberal economic system and Piñera's government.

Piñera, in response to the protests, authorized a brutal crackdown on protesters by military and police forces. Video from the protests shared on social media showed police and soldiers attacking unarmed demonstrators.

Support for the protest movement poured in from across the world.

"The people of Chile have all my love and support," tweeted writer Naomi Klein. "Their courage is awe-inspiring."

Journalist Ben Norton called the protests a "massive rejection of neoliberalism" and linked to photos from the protests.