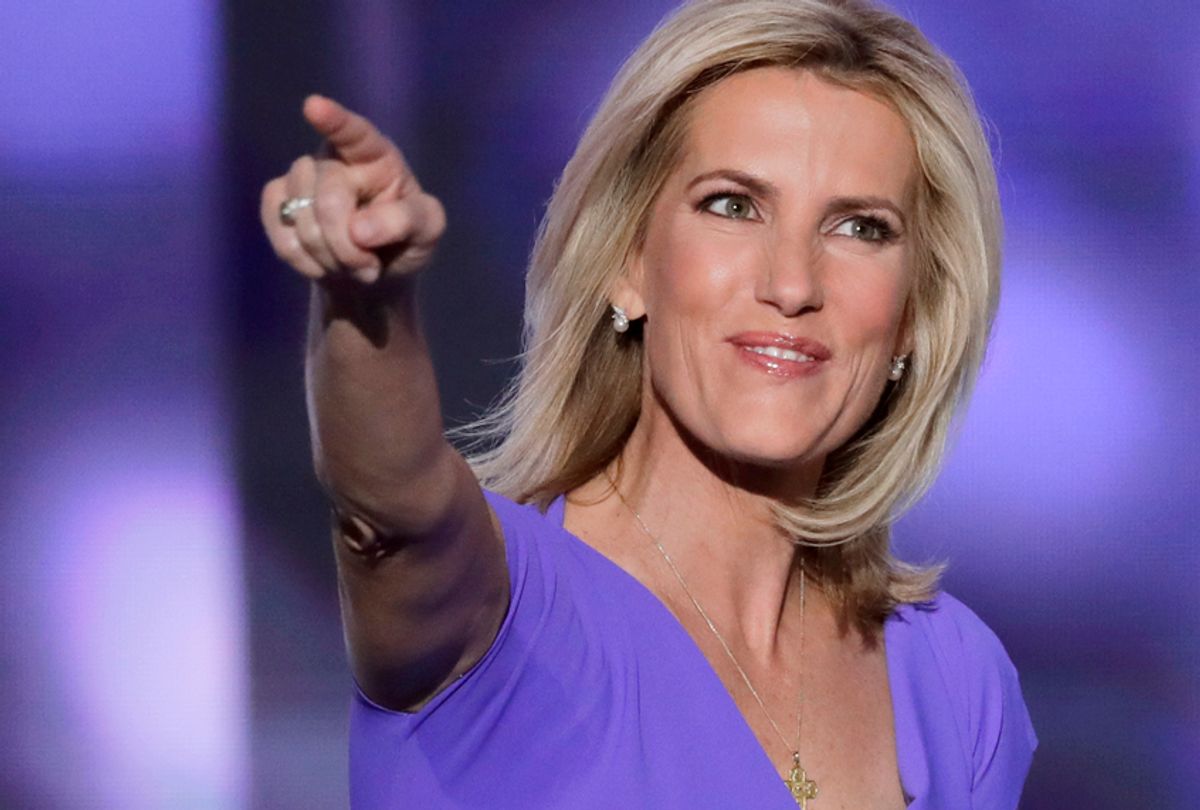 In a segment which aired Monday night on “The Ingraham Angle, the Fox News host briefly mentioned that Vindman had “twice reported objections over Trump's call with Ukraine” before pivoting to a detail of the story, which she claimed to have been “buried” in a New York Times report.

“Col. Vindman emigrated from Ukraine along with his family when he was a child and is fluent in Ukrainian and Russian,” Ingraham said. “Ukrainian officials sought advice from him about how to deal with Mr. Giuliani, though they typically communicated in English.”

“We have a U.S. national security official who is advising Ukraine while working inside the White House, apparently against the president's interest,” Ingraham continued. “And, usually, they spoke in English. Isn't that kind of an interesting angle on this story?”

John Yoo, a law professor at the University of California - Berkeley, answered Ingraham’s question by saying that “some people might call that espionage. He then added that “it doesn't actually seem to add any new facts to what we know.”

After Harvard law professor Alan Dershowitz added that he was concerned that the impeachment inquiry was proceeding “along partisan lines,” Ingraham ended the segment by claiming that the impeachment effort against Trump is motivated by government officials who disagree with his policies.

“There’s no point in having an election,” Ingraham said. “We can just wait until one party is disgruntled. Then they just subpoena a bunch of witnesses and a few that are maybe holdovers from the previous administration who don’t like the current occupant of the White House’s policy. And then they can kind of burrow in — that looks like what’s happened here on some level.”

And Ingraham was not the only Fox News personality who attacked Vindman’s character. During a Tuesday segment, “Fox & Friends” co-host Brian Kilmeade said that “we also know he was born in the Soviet Union — emigrated with his family young. He tends to feel simpatico with the Ukraine."

“I did not think it was proper to demand that a foreign government investigate a U.S. citizen,” he was expected to testify. “And I was worried about the implications for the U.S. government's support of Ukraine.”

You can watch the segment below via Media Matters: