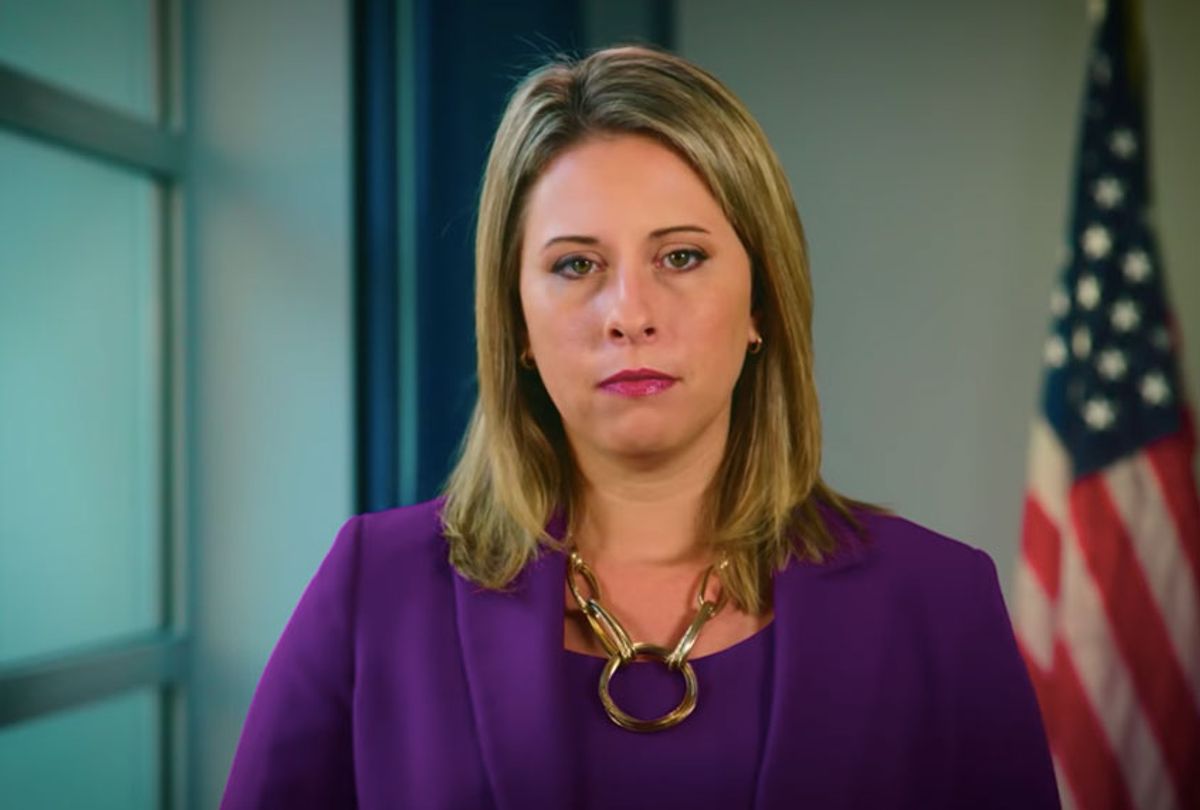 Rep. Katie Hill, D-Calif., said her move to resign from Congress amid allegations of a relationship with a congressional aide and leaks of her nude photos was "the most difficult decision" of her life in her first taped remarks about the scandal that eclipsed her once rising star in the Democratic Party.

“Last night, I made the most difficult decision of my life,” Hill said in a video message to supporters published Monday. “I made this decision so that my supporters, my family, my staff and our community will no longer be subjected to the pain inflicted by my abusive husband and the brutality of hateful political operatives.”

Hill asserted that she was the victim of a “coordinated campaign” carried out by “Republican opponents.”

“Enabling and perpetuating my husband’s abuse by providing him a platform is disgusting and unforgivable,” she added. “And they will be held accountable.”

Hill announced her resignation Sunday just days after the House Ethics Committee opened an investigation into allegations that she had a relationship with one of her congressional aides, which she denied. The allegations surfaced in a post on the conservative blog RedState, which published screenshots of text messages and a nude photo of Hill and a female campaign staffer. RedState alleged that Hill and the campaign staffer were involved in a three-person relationship with her estranged husband.

Hill, who is openly bisexual and in divorce proceedings from her husband of nine years, Kenneth Heslep, admitted that she had an “inappropriate” relationship with the female campaign aide but denied any such contact with her congressional staffer. Days later, conservative news outlet The Daily Mail published another nude photo of Hill, prompting the congresswoman to threaten legal action.

After the RedState post was published, the author immediately took to Twitter to promote Republican candidates for Hill’s seat, Politico reported. A Republican operative told CNN that he is in possession of 700 images of Hill, which have not yet been released.

Hill claimed in the video that she resigned in order to avoid becoming a distraction from the work of her colleagues. The 32-year-old freshman Democrat quickly rose in the party after flipping a district which had been in Republican control for more than two decades. She is the No. 2 Democrat on the powerful House Oversight Committee and a member of the Armed Services Committee. Hill is expected to formally resign from Congress by the end of the week, according to Politico.

Hill said Sunday that she would “take up a new fight” to “ensure no one else has to live through what I just experienced.”

Hill said that she was “hurt” and “angry” that the career path she saw for herself was “no longer there.”

“I’ve had moments where I’ve wondered what the last three years of my life were for and if it was worth it,” she admitted. “I never claim to be perfect, but I never thought that my imperfections would be weaponized and used to try to destroy me and the community that I have loved for my entire life. For that, I am so incredibly sorry.”

With tears welling in her eyes, Hill vowed on video to remain resilient in the next chapter of her life.

“I grew up riding horses, and the most important thing that I learned was that when you fall off, you have to get right back up in the saddle,” she said. “So I’m going to do that.”

“I mean, look at who’s in the White House,” she said. “It just sends a signal to other women that’s discouraging them from running for office.”