George Papadopoulos, who pleaded guilty in the Mueller probe, has stoked speculation that he could run for the seat 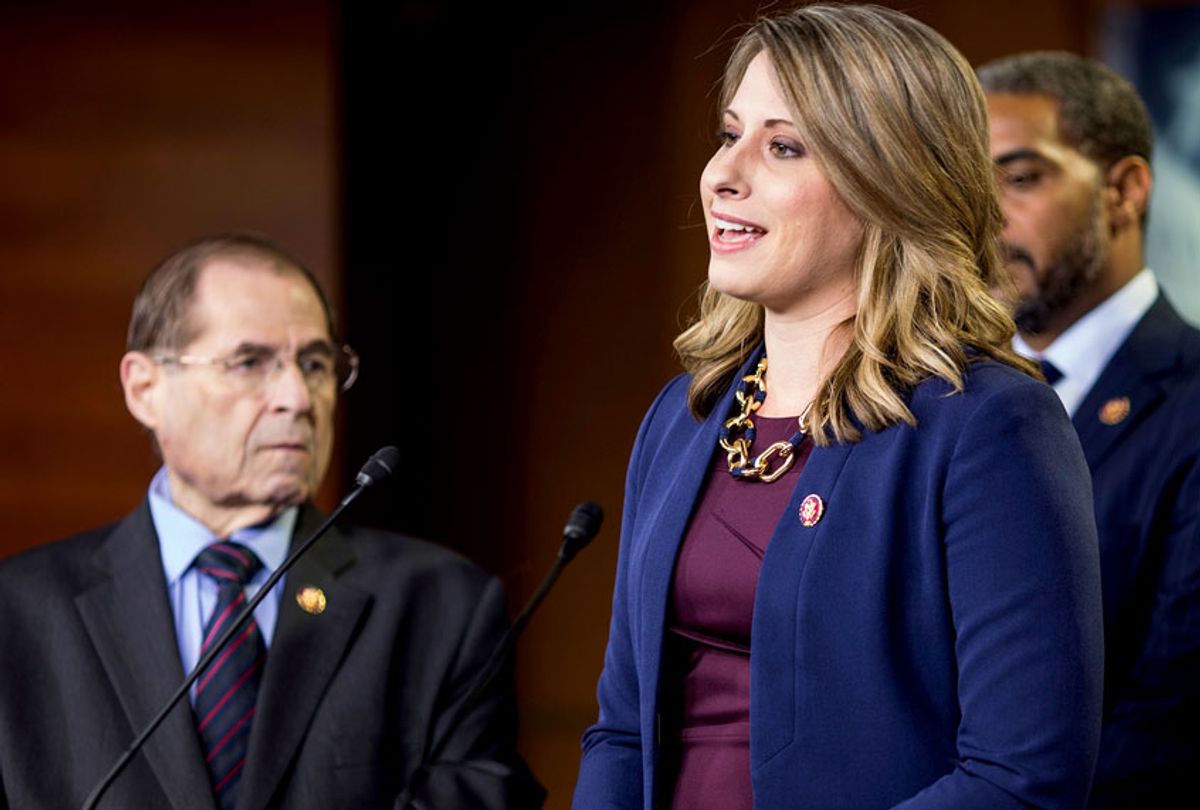 Rep. Katie Hill, D-Calif., announced Sunday that she would resign from the House of Representatives amid an ethics investigation into allegations of a sexual relationship with a congressional aide.

“It is with a broken heart that today I announce my resignation from Congress,” Hill said in a statement. “This is the hardest thing I have ever had to do, but I believe it is the best thing for my constituents, my community and our country.”

Speaker of the House Nancy Pelosi told Politico that Hill had acknowledged “errors in judgement that made her continued service as a member untenable.” Hill is expected to depart from Congress by the end of the week.

News of Hill's resignation comes days after the House Ethics Committee opened an investigation into accusations that she had a sexual relationship with Graham Kelly, her legislative director. Hill has denied the allegations and vowed to cooperate with the investigation.

The allegations were first reported by the right-wing blog RedState, which also published screenshots of text messages and a nude photo revealing that she had been in a relationship with a female campaign staffer — one which allegedly also included her husband. Hill, who is openly bisexual, is currently in divorce proceedings with Kenneth Heslep, her husband of nine years.

"During the final tumultuous years of my abusive marriage, I became involved in a relationship with someone on my campaign," Hill said in a letter to her constituents last week. "I know that even a consensual relationship with a subordinate is inappropriate, but I still allowed it to happen despite my better judgment. For that I apologize.”

Hill also threatened legal action after another nude photo and other images were published by The Daily Mail days later without her consent.

Hill claimed that she was the victim of a “smear campaign” by Heslep, whom she alleged “seems determined to try to humiliate me.” She said that she was resigning in order to stop any further exploitation.

“This I what needs to happen so that the good people who supported me will no longer be subjected to the pain inflicted by my abusive husband and the brutality of hateful political operatives who seem to happily provide a platform to a monster who is driving a smear campaign built around cyber exploitation,” she said in a statement.

Hill said she was pursuing her legal options but would not continue to serve because of concerns over continued leaks.

“Having private photos of personal moments weaponized against me has been an appalling invasion of my privacy,” she wrote. “It’s also illegal, and we are currently pursuing all of our available legal options. However, I know that as long as I am in Congress, we’ll live fearful of what might come next and how much it will hurt.

“That’s a feeling I know all too well,” she added. “It’s the feeling I decided to leave when I left my marriage, and one I will not tolerate being forced upon others. I can no longer allow my community, family, friends, staff, supporters and especially the children who look up to me as a role model, to suffer this unprecedented brand of cruelty.”

Hill, 32, quickly gained influence in Congress after becoming the first Democrat to win her Orange County district in 26 years. She quickly rose through the ranks in Washington, being tapped as the No. 2 Democrat on the powerful House Oversight Committee and the co-chair of the Congressional LGBT Equality Caucus.

Republicans pounced on the news of Hill’s resignation. Among them was former Trump campaign adviser George Papadopoulos, who triggered the Russia probe and pleaded guilty to lying to federal investigators in the Mueller probe. Papadopoulos stoked speculation that he could run for the seat next year.

“I’m smelling blood in the water now that Katie Hill has resigned,” he tweeted. “California’s 25th congressional district is wide open for the taking. Someone has to step up. I love my state too much to see it run down by candidates like Hill. All talk, no action, and a bunch of sell outs.”

Hill, for her part, said that although she was departing Congress she would not leave “the fight.”

“Now, my fight is going to be to defeat this type of exploitation,” she said, “that so many women are victims to and will keep countless women and girls from running for office.”

You can read Hill's official statement below: