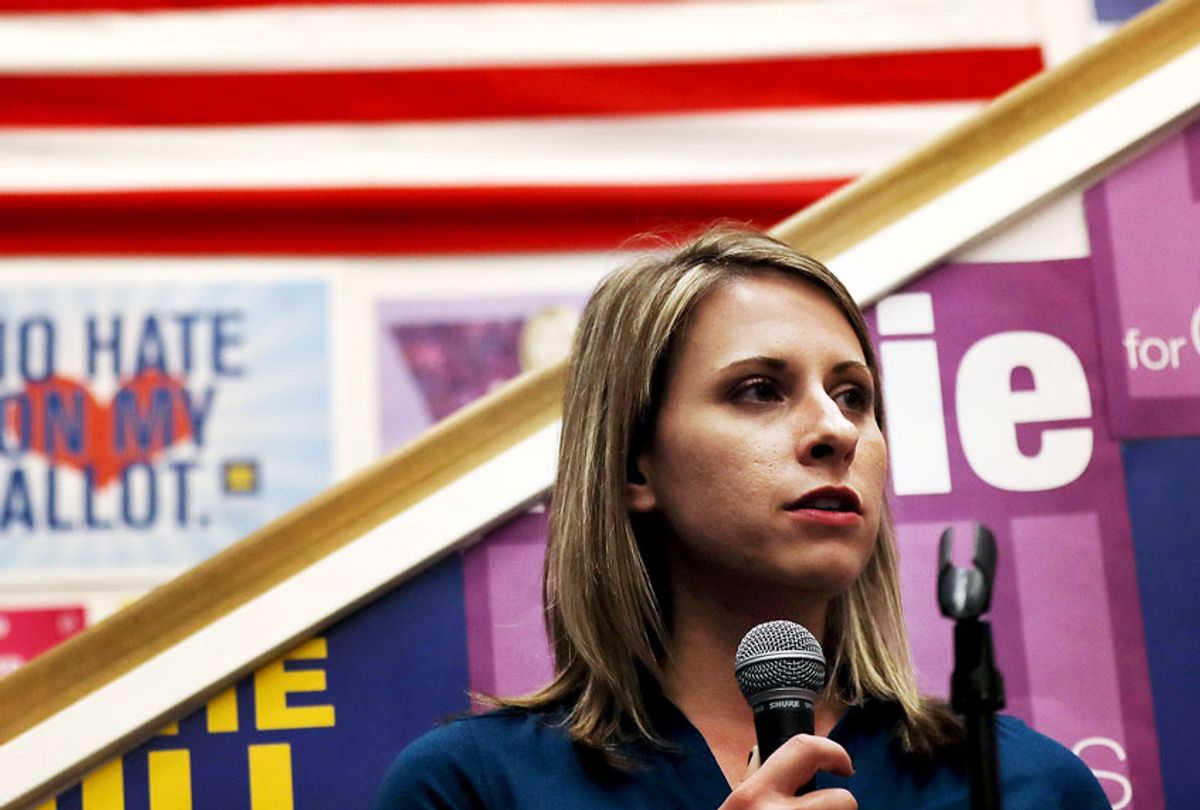 The reporter who published a nude photo of Rep. Katie Hill, D-Calif., and revealed allegations that she had relationships with staffers previously worked for Republican candidates who opposed Hill and promoted her opponents immediately after publishing the story.

Jennifer Van Laar, a deputy managing editor at the conservative blog RedState, published a nude photo of Hill as part of a report alleging that Hill and a female campaign staffer were in a three-person relationship with her husband. The blog later alleged that Hill engaged in a relationship with a male congressional staffer.

Days later, Van Laar published another nude photo of Hill at The Daily Mail. Hill, who is openly bisexual and is in divorce proceedings with Kenneth Heslep, her husband of nine years, admitted that she had a relationship with the female campaign aide but denied the relationship with the congressional aide, which triggered a House ethics investigation.

Hill announced her resignation on Saturday after blaming her “abusive” estranged husband for the “smear campaign” against her and said it was perpetuated by her “Republican opponents.”

After publishing the photos and shortly before Hill’s resignation, Van Laar posted a tweet urging followers to “help us flip” Hill’s seat by backing Republican candidate Mike Garcia. In a later tweet, Van Laar promoted former Rep. Steve Knight, R-Calif., who lost to Hill in 2018, in hopes that he would run for the seat again.

Van Laar’s Republican leanings are no secret. In November of last year, she wrote an op-ed supporting Knight in his race against Hill, and in July praised a Republican who had considered running against Hill next year. But neither RedState nor The Daily Mail disclosed that Van Laar was a longtime Republican consultant who worked for Republicans that opposed Hill, Mediaite reports.

Van Laar worked for Suzette Valladares, a Santa Clarita Republican who announced that she would run for Hill’s seat before dropping out last month. Van Laar referred to herself as Valladares’ “campaign manager” in an official campaign email confirming a podcast interview obtained by Mediaite.

Van Laar also worked for Knight, the candidate she has repeatedly promoted, according to the report.

Despite her denial of a “right-wing conspiracy,” some Republicans appear to have been aware of the story coming before it was published.

One day before RedState published its story on October 18, former Trump campaign adviser George Papadopoulos cryptically tweeted, “California’s 25th congressional district looks like it’s for the taking.” On Tuesday, Papadopoulos, who triggered the FBI’s Russia investigation and spent two weeks in prison for lying to investigators in the Mueller probe, announced that he would run for Hill’s vacated seat.

Hill said in a statement that she would resign to “stop” future embarrassing leaks from her husband. Conservative California radio host Joe Messina said in a blog post that he was in possession of 700 images of Hill from before and after her election and repeated the claim earlier this week to CNN.

“I told [the NRCC] that [Hill] was naked in some of these photos but they were not for public consumption,” Messina told Thomas. “I said to them, the day before… I’ve got this, I’m running with some of these stories.”