Bolton warned that Giuliani's influence over Trump's views on Ukraine "could be an obstacle," the official will say 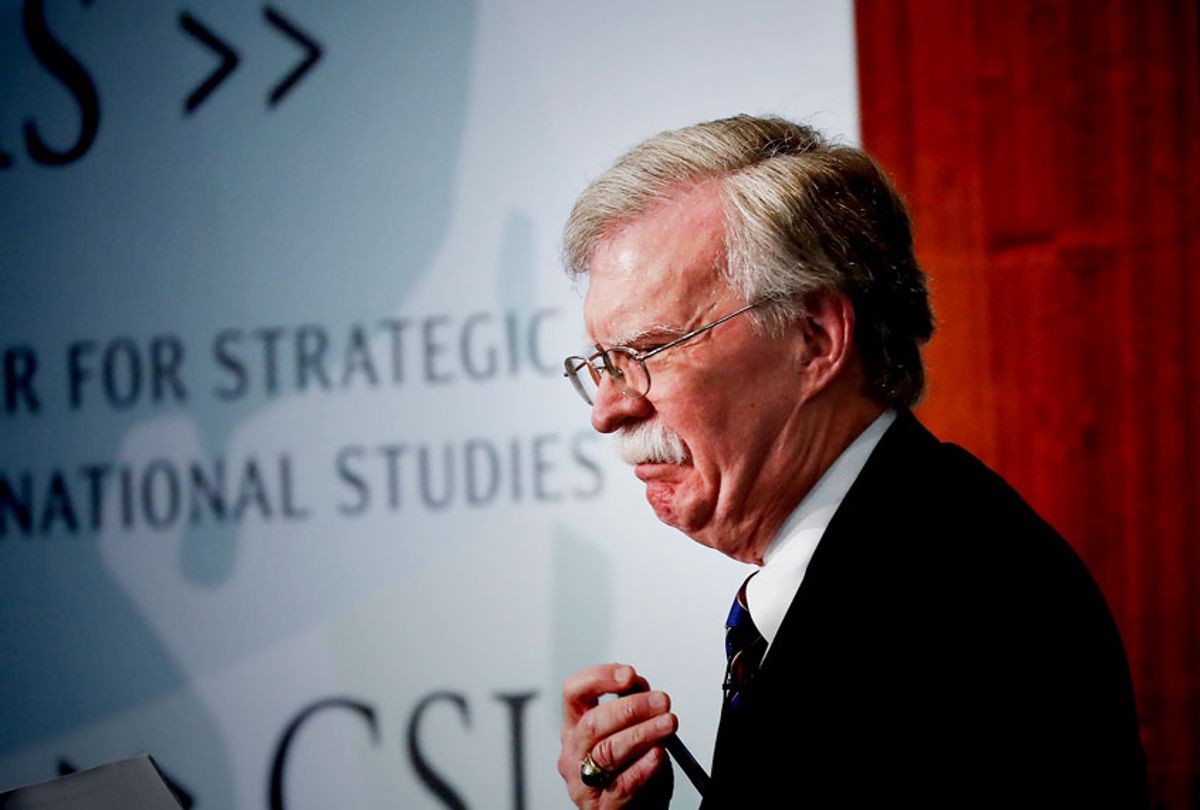 Former National security adviser John Bolton walks up to the podium to begin speaking at the Center for Strategic and International Studies in Washington, Monday, Sept. 30, 2019. (AP Photo/Pablo Martinez Monsivais)
--

Christopher Anderson, who served as special adviser for Ukraine negotiations for two years until July 2019, is set to testify behind closed doors on Wednesday as part of the Democratic-led inquiry into Trump.

Catherine Croft, who took over Anderson's role during the summer, is also slated to testify Wednesday.

Both are expected to testify that Trump held a deeply negative view of Ukraine and its newly-elected leader, Volodymyr Zelensky, which was at odds with White House and State Department officials who viewed support of the country as critical in its battle against Russian aggression, according to their prepared statements obtained by multiple news outlets.

Anderson plans to reveal that the White House blocked a statement condemning Russian aggression towards Ukraine in November 2018. The statement, which was drafted by the State Department, came after Russia seized Ukrainian military vessels in the Sea of Azov last year.

"While my colleagues at the State Department quickly prepared a statement condemning Russia for its escalation, senior officials in the White House blocked it from being issued," Anderson plans to testify.

He is expected to say that he pushed for a high-level delegation to attend Zelensky's inauguration in May to "counter the negative narrative" sparked by the ouster of Marie Yovanovitch, the former U.S. ambassador to Ukraine, and Giuliani's statements "alleging that President-elect Zelensky was surrounded by enemies of President Trump."

After the delegation returned, Anderson helped develop "key deliverables" that would show Zelensky's "commitment to reform." The brief was revealed at a May 23 White House meeting, which Anderson attended. It focused on "three key areas: 1) demonstrating Zelensky's independence from powerful vested interests and pursuing anticorruption reform as well as antitrust reform; 2) strengthening U.S.-Ukrainian energy cooperation; and 3) improving our bilateral security relationship which included Ukraine increasing its purchases of key U.S. military equipment."

Anderson's prepared statement suggests that Bolton was aware of Giuliani's influence over the president on matters related to Ukraine several weeks before the now-infamous July 25 phone call between Trump and Zelensky.

The mid-July call is at the heart of the inquiry, which was launched by House Speaker Nancy Pelosi, D-Calif., after a whistleblower complaint accused Trump of urging Ukraine investigate former Vice President Joe Biden and alleged interference in the 2016 election. The whistleblower alleged the White House tried to cover up Trump's requests, which appeared to echo requests for investigations that Giuliani had been making for months.

Bolton, viewed as one of the key witnesses in the inquiry, has been contacted by lawmakers about testifying. It is unclear if or when he will appear before the committees.

Croft is expected to testify that "throughout" her time in the Trump administration, she heard the president "describe Ukraine as a corrupt country," both "directly and indirectly."

Croft also plans to say that she participated in a video conference on July 18, where an Office of Management and Budget official said that acting White House chief of staff and office head Mick Mulvaney had "placed an informal hold on security assistance to Ukraine. The only reason given was that the order came at the direction of the president."

Croft is also expected to tell the committees that she had heard about the hold before, but did not recall exactly when she learned about it.