“I can't make people not afraid of white people,” Beck said during a conversation with fellow Blaze host Pat Gray 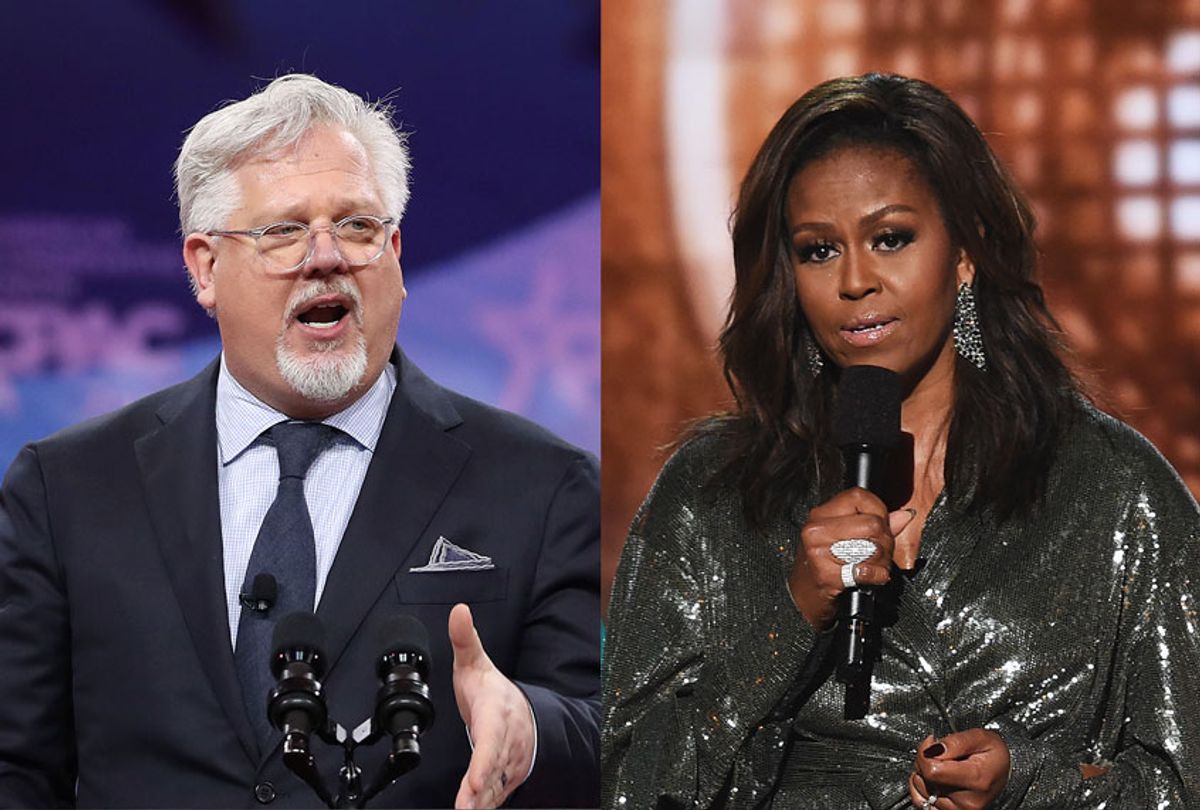 Former Fox News host Glenn Beck claimed that former first lady Michelle Obama was guilty of reverse racism after she allegedly attacked "all white people” when discussing the phenomenon of “white flight” during a speech at the Obama Foundation summit in Chicago.

“I can't make people not afraid of white people,” Beck said during a conversation with fellow Blaze TV host Pat Gray. “I don't know what's going on. I can't explain what's happening in your head. But maybe if I show up every day as a human — a good human, doing good things, loving your kids — well, maybe, just maybe, that will work to pick away at the scabs of your discrimination.”

Beck then quoted Obama’s speech when she said, “I can’t make people not afraid of black people."

Beck later summed up his thoughts by saying, “Right now, we are in reverse discrimination — and even that is proof of it.”

During her speech, the former first lady described how she had experienced “white flight” as a child. The term “white flight” refers to white families leaving neighborhoods once African-American families start to move in, particularly in urban areas.

“As we moved in, white folks moved out," Obama said, "because they were afraid of what our families represented."

The part of Obama's speech that appeared to offend Beck occurred when she said, “I want to remind white folks that y'all were running from us — this family with all the values that you've read about. You were running from us. And you're still running, because we're no different than the immigrant families that are moving in."

Beck’s comment about former President Barack Obama was a reference to his recent speech at the same summit, where he criticized “call out culture” as being an unhealthy form of activism.

Acknowledging that the world was "messy," Obama said he senses that many young people who use social media believe that “the way of making change is to be as judgemental as possible about other people.”

"If I tweet or hashtag about how you didn't do something right or used the wrong verb, then I can sit back and feel pretty good about myself," Obama said. "Because, 'Man did you see how woke I was? I called you out.'"

The former president added, "This idea of purity and you're never compromised and you're politically woke, and all that stuff — you should get over that quickly. The world is messy. There are ambiguities. People who do really good stuff have flaws.”