Is it ethical for Ruth Bader Ginsburg to accept a $1 million prize? Yes, but it’s hard to explain

Does a foundation's award of a $1 million prize to Ginsburg raise ethical questions? 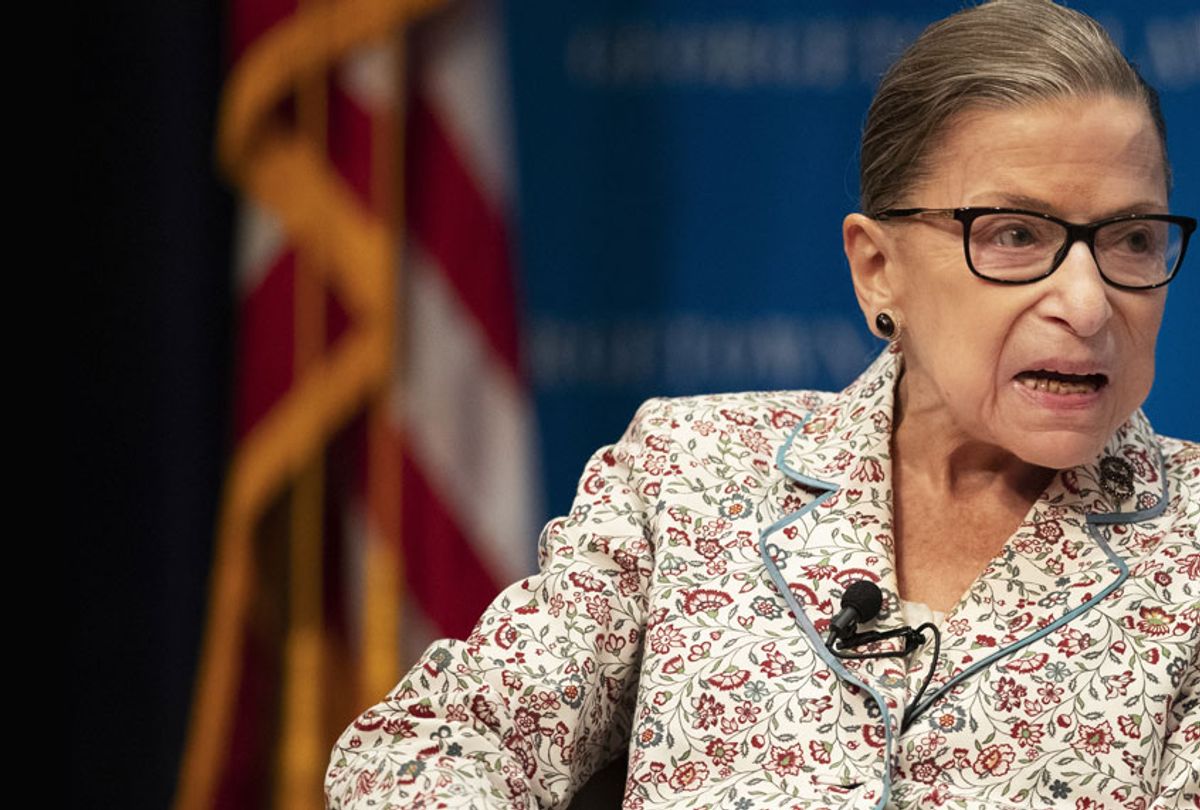 Justice Ruth Bader Ginsburg will donate to charity the US$1 million Berggruen Prize for Culture and Philosophy she recently won.

The prize is given annually to a “thinker whose ideas are shaping human self-understanding to advance humankind.”

The recipient of the award was decided by a five-member jury that chose among over 500 nominees and a short list of five finalists.

A million dollars is a big score for a public employee, even if it is generously directed to charity. So it is fair to ask whether there are any ethics problems raised by Justice Ginsburg’s receipt of the prize.

There are significant restrictions on outside income for all federal employees, and $1 million far exceeds the limitations.

The ultimate answer is that there is no problem, for three reasons. But that will take some explaining, because the Supreme Court has obscured its own ethics standards.

First, the Supreme Court has never adopted an ethics code. Thus, the justices have no published rules governing the acceptance of gifts or prizes, whatever the amount or source.

Congressional legislation has been introduced that would require the court to adopt such a code, most recently at the opening of the 2019 session, but none of the bills has been passed. Thus, the Supreme Court justices remain the only nine judges in the U.S. who are not governed by written standards of conduct.

A second ethics problem might possibly arise under the U.S. Ethics in Government Act, which addresses gifts and awards to all federal employees, including judges.

The act requires every branch of government — executive, legislative and judicial — to create a “supervising ethics office.” Once created, each office would be authorized “to issue rules or regulations” governing the receipt of gifts.

The act further specifies that the Judicial Conference of the United States — which is the national policymaking body for the lower federal courts — shall be the supervising ethics office “for judges and judicial branch officers and employees.” That obviously includes the justices on the Supreme Court, who are definitely employees of the judicial branch.

The Judicial Conference has devised the required regulations regarding the receipt of gifts and outside income by judicial branch employees.

But contrary to the plain language of the Ethics in Government Act, which clearly includes all judicial branch “employees,” the gift restrictions exempt the Supreme Court justices from coverage. The rules apply to all U.S. judges “other than … the Supreme Court of the United States.”

The exclusion is baffling, especially since the Supreme Court has not set up its own “supervising ethics office.”

Other provisions of the Ethics in Government Act are routinely followed by the justices, who file the annual financial disclosure forms that the act requires of “the Chief Justice of the United States [and] the Associate Justices of the Supreme Court.”

As Chief Justice Roberts has pointed out, the resolution was issued by “the members of the court” rather than the court itself. Complying with the “substance” of the regulations suggests something less, or at least more elastic, than full adherence.

The resolution itself, which the chief justice referenced but did not link to in his 2011 year-end report, is not posted on the Supreme Court’s website. Of those “members of the court” who issued the 1991 resolution, only Justice Clarence Thomas remains on the court. If Justice Ginsburg or others have signed on to the resolution, they have done it without a public announcement.

The Judicial Conference regulations place restrictions on “the giving, solicitation, or acceptance” of certain gifts and awards by “officers and employees of the judicial branch,” including a $2,000 limit on the assignment of otherwise proscribed honoraria to charitable organizations.

But the definition of “gift” does not include “rewards and prizes given to competitors in contests or events, including random drawings, that are open to the public and that are available based on factors other than judicial status.”

The section covering which honoraria can be accepted and which ones are barred likewise places no limits on “awards for artistic, literary or oratorical achievement made on a competitive basis under established criteria.”

Thus, the various restrictions on award acceptance do not apply to the Berggruen Prize, which is presented for contributions to philosophy and culture. It has never before been given to a judge.

That was a long way to get to an obvious conclusion, but the circuitousness itself demonstrates the difficulty created by the absence of a Supreme Court code of conduct.

For the sake of transparency and public confidence, a Supreme Court code of conduct would eliminate the need to parse through multiple statutes and regulations, and to consult an unpublished, hard-to-find resolution, in order to reach a favorable conclusion about the ethics of a Supreme Court justice’s conduct.