In her final speech before Congress, the congresswoman said she was stepping down because of a “double standard" 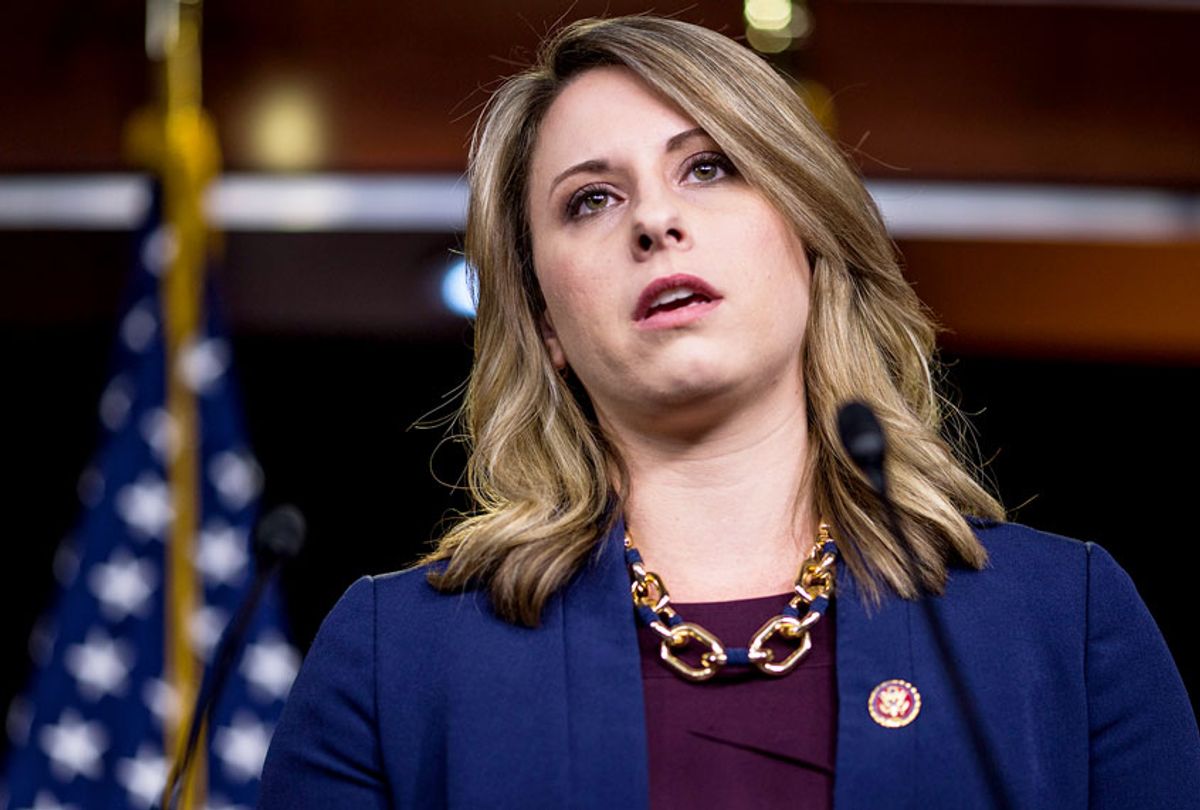 Rep Katie Hill (D-CA) gave her final speech before Congress this Thursday before resigning, just after casting her vote on the impeachment inquiry targeting President Trump.

Hill starting out by saying that she expected to serve in her role for much longer, or “as long as the voters of my district deemed me worthy of the honor of representing them.”

“I thought I could make a difference here in making our community, our great country, and the world a better place for generations to come,” she said. “I, like so many of my colleagues, ran for office because I believed that our political system was broken, controlled by the powerful and the wealthy, ignoring and failing the regular people that it’s supposed to serve.”

“I’m sorry. To my family, my friends, my staff, my colleagues, my mentors, to everyone who has supported and believed in me, I’m sorry,” she continued. “To the thousands of people who spent hours knocking on doors in the hot summer sun, who made countless phone calls, who sacrificed more than I could ever know to give everything they could in every possible way so that I could be here, I am so, so sorry. And to every little girl who looked up to me, I hope that one day you can forgive me. The mistakes I made and the people I’ve hurt that led to this moment will haunt me for the rest of my life and I have to come to terms with that.”

Hill described how ever since a series of sexually suggestive photographs of her were released by various media outlets, she remained secluded in her apartment, unable to face the humiliation. “But I made it through because the people who love me most dragged me back into the light. And reminded me that I was stronger than that,” she said.

According to Hill, she is stepping down because of a “double standard.”

“I am leaving because I no longer want to be used as a bargaining chip. I’m leaving because I didn’t want to be peddled by papers and blogs and websites, used by shameless operatives for the dirtiest gutter politics that I’ve ever seen and the right-wing media to drive clicks and expand their audience by distributing intimate photos of me, taken without my knowledge, let alone my consent, for the sexual entertainment of millions.”

Hill then pointed to the allegations of sexual assault against President Trump and other members of “this very body,” and called on her colleagues “to be strong on this front while I move on to one of the many other battlefields, because we have an entire culture that has to change and we see it in stark clarity today.”

“And so today, as my last vote, I voted on impeachment proceedings. Not just because of corruption, obstruction of justice, or gross misconduct. But because of the deepest abuse of power. Including the abuse of power over women.”