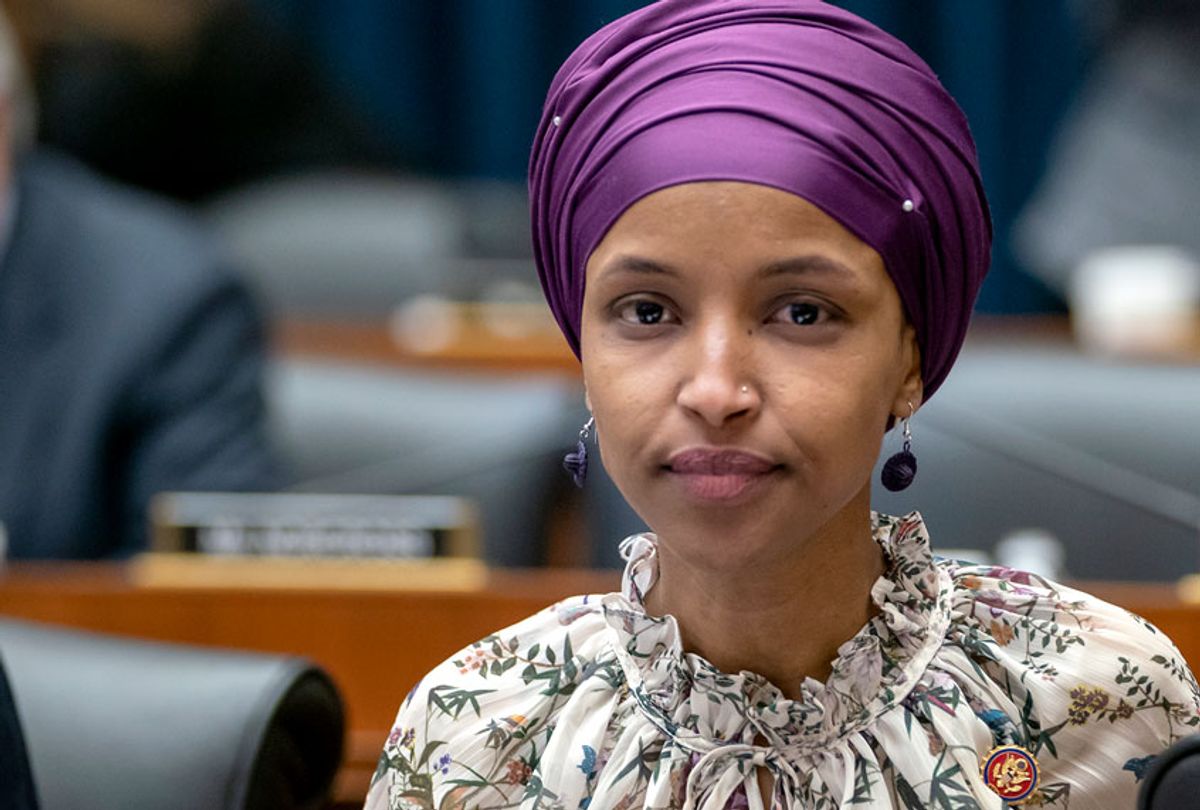 Rep. Ilhan Omar, D-Minn., came under scrutiny Wednesday after voting "present" on a congressional resolution which aims to recognize the mass killings of Armenians by Ottoman Turks as a genocide.

The House of Representatives voted overwhelmingly to pass the measure, H.Res.296, in a clear rebuke of Turkey following the NATO ally's recent incursion into a Kurdish-run area of northern Syria.

Omar said she disapproved of the politicization of the vote and took issue with its "timing and context" — not its substance.

"*Of course* we should acknowledge the Genocide," Omar tweeted. "I think we should demand accountability for human rights abuses consistently, not simply when it suits our political goals."

In a statement, the congresswoman said that a "true acknowledgement" of genocide must also include atrocities committed by the U.S.

"I believe accountability for human rights violations — especially ethnic cleansing and genocide — is paramount. But accountability and recognition of genocide should not be used as a cudgel in a political fight," she said. "A true acknowledgement of historical crimes against humanity must include both the heinous genocides of the 20th century, along with earlier mass slaughters like the transatlantic slave trade and Native American genocide, which took the lives of hundreds of millions of indigenous people in this country."

She also retweeted anthropologist Michael Omar-Reagan, who said: "Meanwhile, many of the people who voted for it today have historically NOT supported the content of the resolution, but now support the way it's being used. See?"

The genocide measure passed in the House of Representatives by an overwhelmingly 405-to-11 margin. It officially recognizes the systematic massacre of 1.5 million Armenians by the Ottoman Empire from 1915 to 1923.

Omar's "votes and actions . . . do not represent the best of American or Muslim values," Van Krikorian, the co-chair of the Armenian Assembly of America, told the news outlet. "Innocent people were and are being slaughtered, and there is a universal need to defend the victims of genocide and ethnic cleansing, not to stand with or defer to the murderers."

Turkey has long disputed the description of the killings as a genocide, insisting that the death toll has been inflated and considering those killed as victims of a civil war.

"Is there a right or wrong time to . . . stand up for justice that she claims to be a champion for?" Rev. Tadeos Barseghyan, pastor at St. Sahag Armenian Church in St. Paul, told Omar's hometown newspaper, The Star Tribune.

Michele Byfield Angell, the parish council chair at St. Sahag Armenian Church in St. Paul, told the newspaper that she wished Omar had approved the resolution.

"If [she] is going to be representing our community here, she should hear us," Angell was quoted as saying. "If she’s voting present as acknowledging it but not doing anything about it, then what is she doing?"