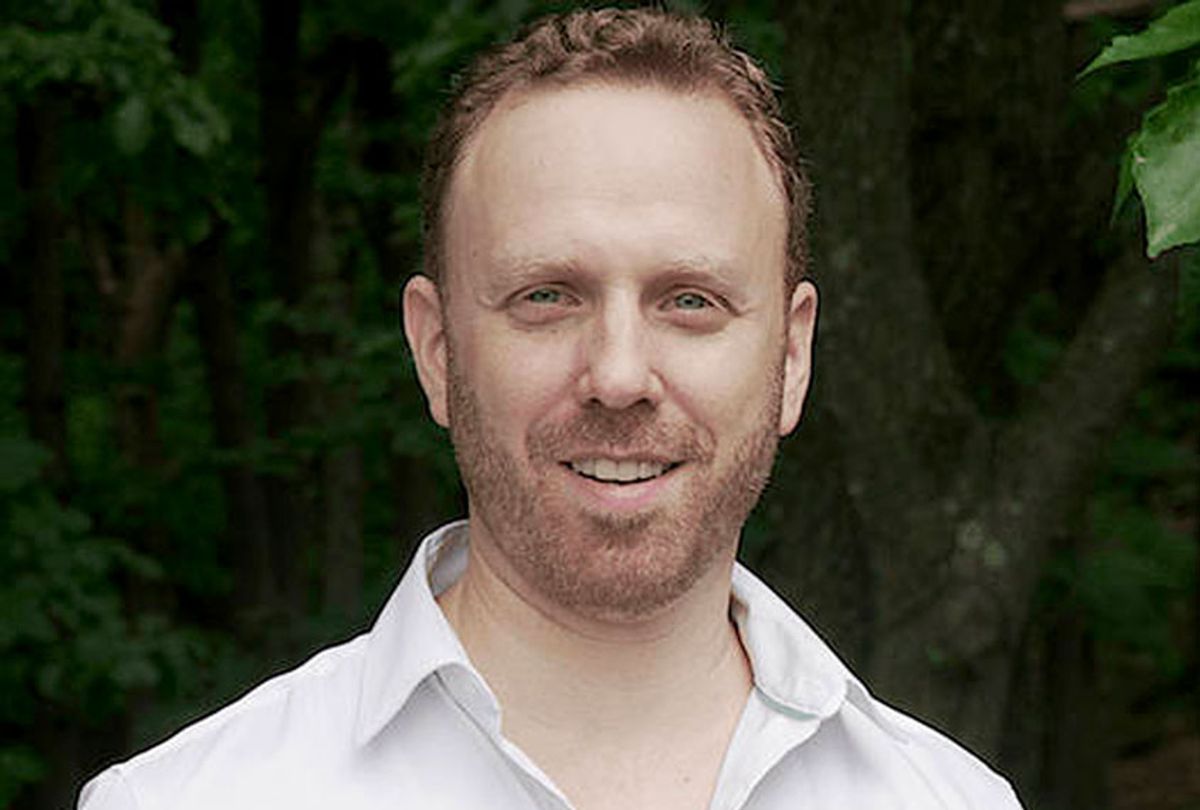 Grayzone editor Max Blumenthal, a prominent journalistic critic of U.S. policy toward Venezuela,  was arrested by Washington, D.C., police on Oct. 25, in connection with a protest at the Venezuelan embassy, and held incommunicado. But if you rely on corporate media, or even leading “press freedom” groups, you haven’t heard about this troubling encroachment on freedom of the press.

Blumenthal is a bestselling author whose work has appeared in such publications as the New York Times, CJR and The Nation, as well as Salon. D.C. police arrested him at his home on a five-month-old arrest warrant, charging him with simple assault for his attempt to deliver food to the besieged Venezuelan embassy; he was held for two days, and for the first 36 hours was not allowed to speak with a lawyer. (In an interview with FAIR, Blumenthal noted that keeping arrestees — generally poor and African American — from speaking with lawyers or family is par for the course in the D.C. criminal justice system.) As of this writing, there has been no mention of Blumenthal’s arrest in outlets like the New York Times, Washington Post and Reuters that constantly publish Venezuela-related content, or by the big “press freedom” NGOs.

In Weddle’s case, the human rights industry also responded immediately. Jose Miguel Vivanco of Human Rights Watch tweeted about Weddle’s detention, as did Reporters without Borders (RSF). The Committee to Protect Journalists (CPJ) also put out a statement immediately (3/6/19). There has been nothing from them about Blumenthal.

The two-hour detention of Univision’s Jorge Ramos in Venezuela was likewise big news. In fact, RSF was outraged that Weddle’s detention happened “barely a week” after the Ramos incident.

Nobody should have a problem with Weddle’s arrest or Ramos’ detention getting the widespread attention they did. (The content in the reports about Venezuela is a separate issue.) What should anger anybody who isn’t consumed with hypocrisy is the point Ben Norton, writing in Grayzone (10/28/19), made about Blumenthal’s arrest:

If this had happened to a journalist in Venezuela, every Western human rights NGO and news wire would be howling about Maduro’s authoritarianism. It will be revealing to see how these same elements react to a clear-cut case of political repression in their own backyard.

Blumenthal’s arrest is another example of the legal harassment of U.S. government critics, including  WikiLeaks’ Julian Assange and whistleblower Chelsea Manning, whose plights have similarly been neglected by Western media and NGOs that claim to support press freedom (FAIR.org, 11/3/18, 4/1/19).

Several months ago, activists invited by the Venezuela government stayed in the Venezuelan embassy in Washington for more than a month until they were finally evicted by police on May 24. The presence of the activists delayed a takeover of the embassy by representatives of the U.S.-supported Venezuelan government-in-exile led by Juan Guaidó. The majority of the world’s governments do not recognize Guaidó; that was dramatically highlighted on Oct. 17 when Venezuela’s was voted onto the UN Human Rights Council despite US “lobbying” (i.e., bribes and threats).

Nevertheless, Trump’s recognition of Guaidó in January 2019 was the excuse for intensifying economic sanctions that had already killed thousands of people by the end of 2018. (Incidentally, Jorge Ramos’ two-hour “detention” also received more Western media attention than the study showing the already-lethal impact of Trump’s sanctions — FAIR.org, 6/14/19). 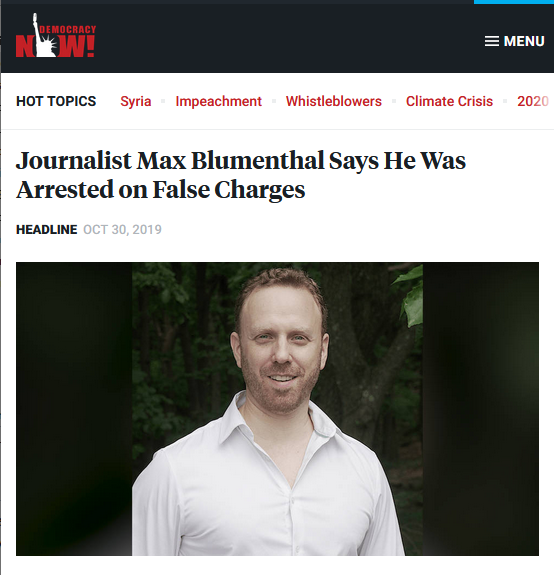 With the complicity of D.C. police, Guaidó supporters tried to block food from being delivered to the embassy during the standoff with the activists. At one point, 78-year-old Jesse Jackson Sr. had to scuffle with Guaidó supporters to deliver food. The D.C. police were clearly intent on doing as little as possible, even with an elderly, high-profile visitor trying to make a delivery. Former Green Party candidate Ajamu Baraka, who is 66, was forced to act as Jackson’s bodyguard, thanks to the aggression of Guaidó supporters and the inaction of D.C. police.

Court documents indicate the false charge of simple assault stems from Blumenthal’s participation in a delivery of food and sanitary supplies to peace activists and journalists inside the Venezuelan embassy on May 8, 2019.

Others attempting to deliver food were hit with charges months ago. Activist Ben Rubenstein and Veterans for Peace president Gary Condon, who is 72, were beaten by police during the standoff for trying to toss a cucumber to activists inside the embassy. In fact, the warrant against Blumenthal was months old, and apparently initially rejected. Blumenthal explained:

If the government had at least told me I had a warrant I could have voluntarily surrendered and appeared at my own arraignment…. Instead, the federal government essentially enlisted the D.C. police to SWAT me, ensuring that I would be subjected to an early morning raid and then languish in prison for days without even the ability to call an attorney.

The lack of coverage of his arrest “is totally consistent with media coverage of the siege of the Venezuelan embassy,” Blumenthal told FAIR. “The violence, racism, sexism of the Venezuelan opposition — none of it was reported in the mainstream U.S. press.” Aside from alternative outlets like Democracy Now! (10/30/19) and the World Socialist Website (10/30/19), one had to turn to Russian state media to find coverage of Blumenthal’s arrest. A Sputnik article (10/30/19) about the case cited the damaging exposés Grayzone has published about Guaidó's inner circle, one of which recently led to the resignation of right-wing economist Ricardo Hausmann from Guaidó’s shadow administration.

Here’s an idea for media outlets and NGOs concerned about the appeal of Russian public relations efforts: start doing your jobs by holding your own authoritarian politicians and politicized police forces to account.

Joe Emersberger is a writer based in Canada whose work has appeared in Telesur English, ZNet and CounterPunch.