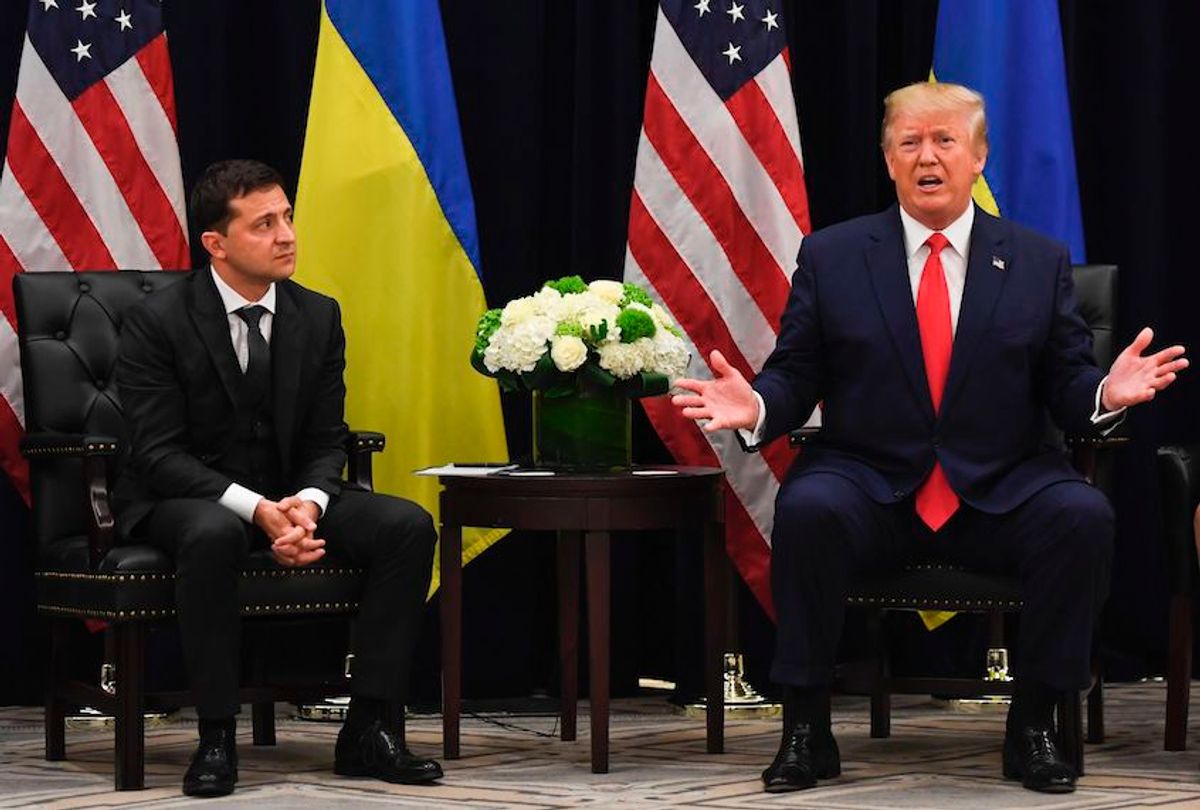 White House adviser Kellyanne Conway told CNN's Dana Bash on Sunday that she did not know if military aid to Ukraine was held up by President Donald Trump in a quid pro quo for dirt on one of the possible Democratic opponents in the 2020 presidential election, former Vice President Joe Biden.

"They have the aid. They're using the aid," Conway said to Bash, prompting the CNN host to point out that her question was not about whether Ukraine had ever received the aid, but rather about whether it had been tied to digging up dirt on Biden.

"I think if you're going to do, respectfully, what Adam Schiff does, which is come out and cherry-pick 10 seconds or 10 minutes of 10 hours worth of testimony," Conway told Bash. "We had no access to the full testimony because everything has been done in the dark and secret. That process has been flawed from the beginning."

When Bash began to insist that Conway answer her question, the White House counselor repeated that "they got their aid," then admitted that when it comes to the issue of a quid pro quo, "I don't know. But I know they've got their aid."

On another occasion during their interview, Bash had to fact-check Conway about Trump's attempts to smear Joe Biden and his son, Hunter. The CNN host quoted Trump's phone call with Ukrainian President Volodomyr Zelensky in which he promoted the debunked conspiracy theory that former Ukrainian prosecutor Viktor Shokin had been fired because he was investigating Hunter Biden. Although Hunter Biden did work for a Ukrainian gas company, Burisma, there is no evidence that he had ever been accused of a crime or that Shokin's firing had anything to do with an investigation into Biden.

"Look at what he asked him to do. He asked him to investigate what happened when Joe Biden, as Vice President of the United States Dana, stopped the prosecution of a company where his son — who, as his son has admitted, only got those jobs because of his last name, only got those contracts because of his last name — he's talking about 2016, not 2020," Conway told Bash.

"Current and former Ukrainian prosecutors general have publicly said that Ukraine does not have any information about any wrongdoing by Hunter Biden," Bash explained. "That's number one. Number two is that the US government, the EU, the IMF all wanted this prosecutor fired because he was not pursuing corruption."

Last month acting White House chief of staff Mick Mulvaney said that the president engages in “quid pro quo” with other nations all the time for political purposes. He added that people should “get over it” because “there’s going to be political influence in foreign policy.” Mulvaney later tried to walk this back. The possibility that Trump engaged in quid pro quo with Ukraine in order to dig up dirt on Biden has caused the Democrats to call for the president's impeachment. If impeached Trump would be the first president to be put on trial by the Senate since Bill Clinton in 1998 and, before him, Andrew Johnson in 1868.