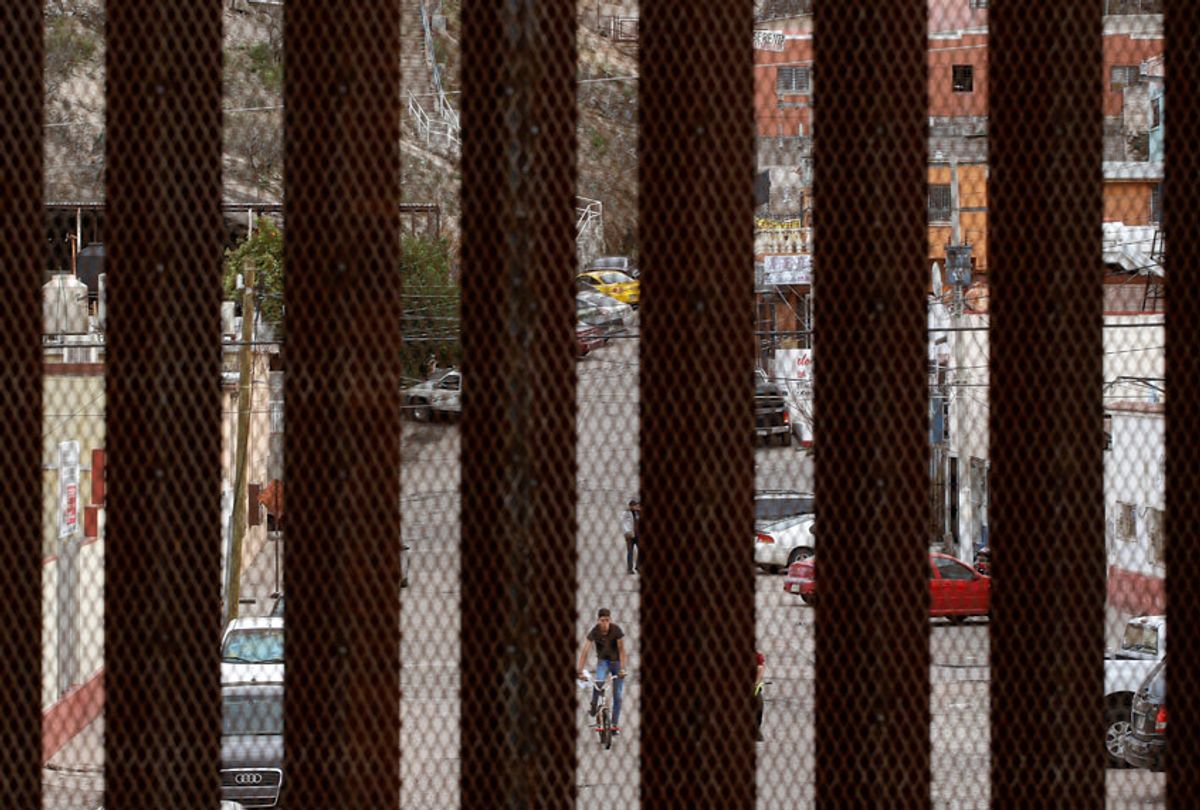 Nogales, Mexico, is framed by slats in a border wall that separates it from Nogales, Ariz., Saturday, March 2, 2019. (AP/Charlie Riedel)
--

A household tool is making it easier for drug cartels to breach President Donald Trump's border wall and illegally enter the United States.

The smugglers often use a reciprocating saw, a popular cordless power tool that can be purchased at retail hardware outlets for as little as $100, according to The Washington Post. If specialized blades are attached to it, reciprocating saws are capable of cutting all the way through the steel-and-concrete bollards that comprise the border wall in minutes. After that, the smugglers can push the detached section of the barrier out of the way and create a gap large enough for one adult to get through.

At the border wall section in the San Diego area, some smugglers have found ways of returning the detached bollards to their original positions so that they can be reused. Border patrol agents have addressed this by learning how to spot visual signs that a bollard has been breached, although some smugglers have found tricks to attempt to conceal those signs and thereby trick the border patrol agents. This practice is a reason why the number of people who can illegally cross the southern border has not been completely eliminated, although it has diminished.

The U.S. government has not disclosed the cutting incidents and breaches, and it is unclear how many times they have occurred. A senior administrational official anonymously told the Post that while there were "a few instances" in which undocumented immigrants have gotten around the barriers, the fencing that has since been built "significantly increased security and deterrence" in sections of the border in U.S. Customs and Border Protection's San Diego and El Centro sectors in California.

In September the CBP cited the decline in migrant southern border arrests to under 51,000 to claim that the border wall had been effective.

"Trump is making it clear: if you come to the United States illegally, you will be removed. The president has made it very clear to use every tool available to him to address this crisis," Mark Morgan, acting commissioner of Customs and Border Protection, in a press briefing told reporters in a press briefing at the time.

He added, "Every single mile of wall is built, this country is more safe."

The news about smugglers breaching Trump's border wall occurred in a weekend that had been bad for Trump on immigration policy. On Saturday U.S. District Judge Michael Simon granted a temporary restraining order against a Trump policy of denying immigrant visas unless they have health insurance or can pay for their own medical care. Simon wrote that "facing a likely risk of being separated from their family members and a delay in obtaining a visa to which family members would otherwise be entitled is irreparable harm." One of the attorneys who represented the plaintiffs at Saturday's hearing told reporters after the ruling that "we're very grateful that the court recognized the need to block the health care ban immediately. "