"We’re the only ones who don’t have to win Iowa," Biden campaign manager Greg Schultz claims 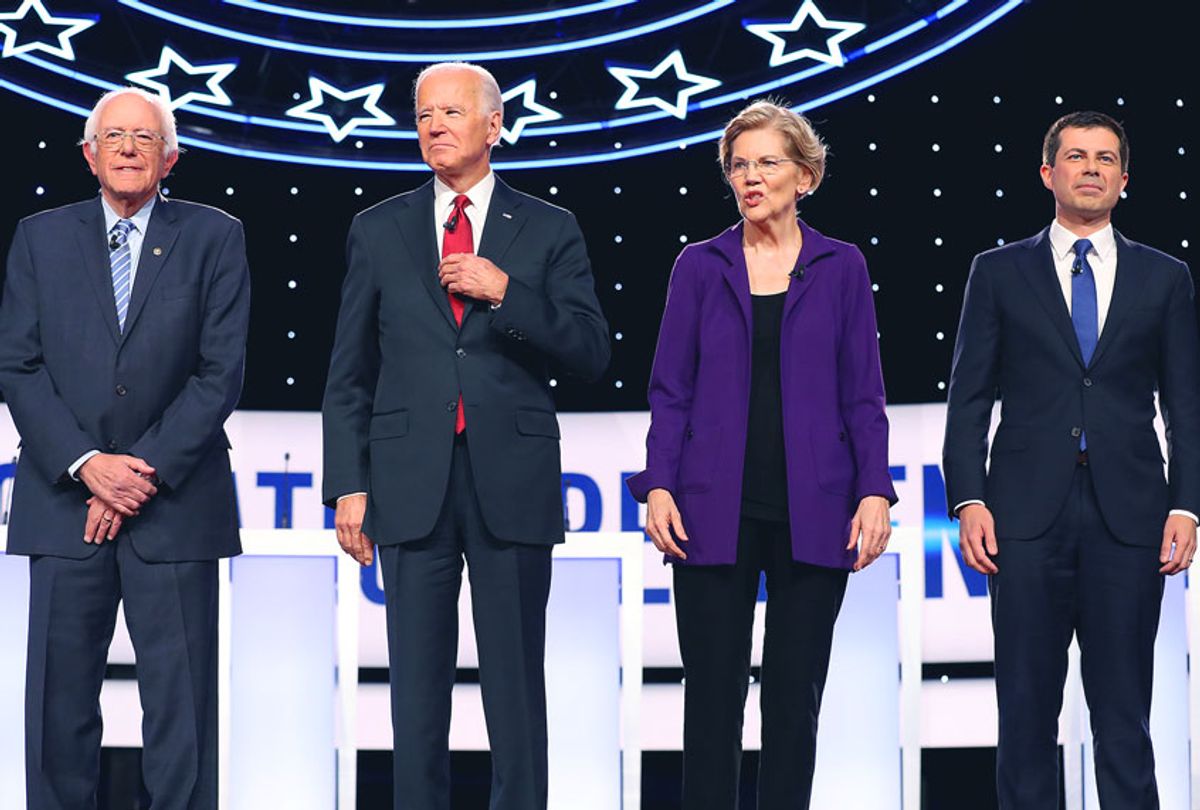 “I think we’re the only ones who don’t have to win Iowa, honestly, because our strength is the fact that we have a broad and diverse coalition,” Biden campaign manager Greg Schultz told the Wall Street Journal on Sunday.

Schultz told The Journal that the Iowa caucuses could “have three or four or five candidates all within a couple of percentage points.”

“Does anybody win? Technically, yes, maybe,” he added. “But does that give you clarity on where the heart of the Democratic Party is? I would say, ‘No.’”

Iowa allocates convention delegates to candidates proportionally based on the percentage of the vote, but candidates must receive at least 15 percent to win any delegates. An Iowa State University poll published last month showed Biden in fourth place with 12 percent of the vote, which would put him at risk of walking away from the first-in-the-nation caucus state empty-handed.

Top Iowa Democrats expressed concern last month that Biden risked a “humiliating” finish in Iowa, fretting that his Iowa state director does not live in the state and had not run a campaign there since 2007. Biden spent just three days in Iowa in September.

As a result, his rally crowds have reportedly been dwarfed by candidates like Warren, Sanders, and Buttigieg. During Friday’s Liberty and Justice Celebration in Des Moines, a section reserved for Biden supporters remained “largely vacant,” according to The Journal. The campaign insisted they had 1,200 supporters in the venue, but they were spread out through the arena.

Biden’s campaign has also come under fire from Sanders after Biden dropped his opposition to a super PAC that can raise unlimited funds to support his campaign, which both Warren and Sanders have renounced. The PAC was launched after Biden struggled to raise money from small-dollar donors. His campaign reported just $9 million in the bank this month, compared to more than $33 million for Sanders and more than $25 million for Warren.

“It’s not just that there’s not enough numbers to go around,” she said. “It’s that he’s not wearing well. It’s the trend. It’s the decline.”

Despite the campaign trying to play down the importance of Iowa, their recent moves show that it is quickly trying to shore up his support with less than 100 days before the caucus. Biden’s team opened its 23rd office in the state, according to Politico, and launched a $4 million ad buy, according to The Journal.

Biden, who also trails in New Hampshire, believes that his “broad support among black voters” will help him right the ship in states like South Carolina, which is the fourth state on the primary calendar, The Journal reported. Overall, Biden remains a solid front-runner nationally. He has led in 14 of the last 15 national polls, though Warren is within striking distance according to ABC and NBC News polls published over the weekend.

A set of new polls by The New York Times and Siena College also showed that Biden remains the strongest candidate in a hypothetical general election match-up against President Donald Trump.

Among likely voters, the polls showed Biden leading Trump in Arizona, Florida, Michigan, Pennsylvania and Wisconsin. Sanders leads Trump only in Michigan, while Warren does not lead him in any of the five battleground states.

The New York Times’ data guru Nate Cohn wrote that the data “suggests that the president’s advantage in the Electoral College relative to the nation as a whole remains intact or has even grown since 2016, raising the possibility that the Republicans could — for the third time in the past six elections — win the presidency while losing the popular vote.”