"Mr. Parnas was very upset by President Trump’s plainly false statement that he did not know him,” his lawyer said 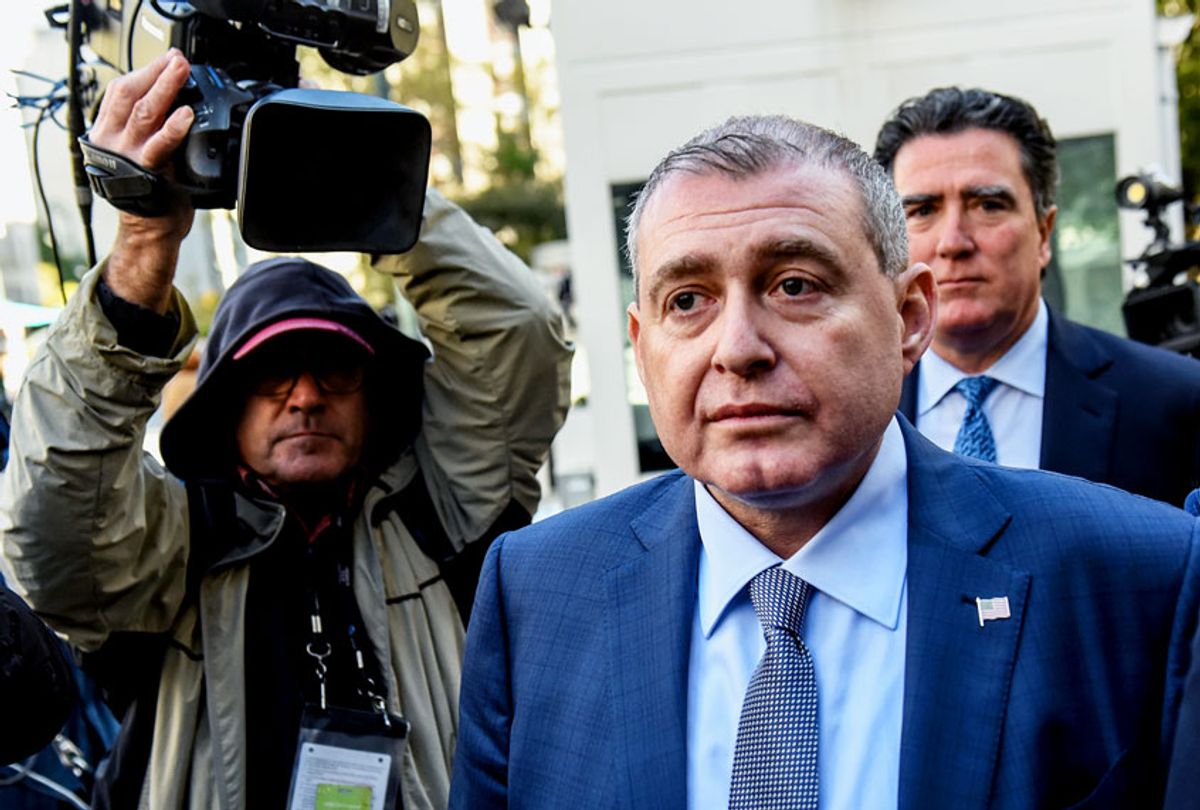 Lev Parnas, the indicted Rudy Giuliani associate who helped the Trump team search for dirt on Joe Biden in Ukraine, is now willing to comply with the House impeachment inquiry, his lawyer told Reuters.

Parnas helped Giuliani find dirt on Biden in Ukraine and lobbied a former Republican congressman to press President Donald Trump to oust an ambassador whom Giuliani believed was interfering with their efforts. He was later indicted along with fellow Giuliani pal Igor Fruman on campaign finance charges after prosecutors alleged that illegally funneled foreign donations into U.S. elections to gain influence, including a $325,000 contribution to a pro-Trump super PAC. Both men have pleaded not guilty.

After the indictment, the pair hired attorney John Dowd, who previously worked on Trump’s defense team in the Mueller probe. Claiming that the intention of Democrats was "to harass, intimidate and embarrass my clients," Dowd sent a letter to lawmakers saying that the two would not cooperate with their “overly broad and unduly burdensome” requests for information in the impeachment inquiry.

While Fruman will reportedly retain Dowd amid plans to keep stonewalling the investigation, Parnas apparently had a change of heart. He has fired Dowd, and his new attorney, Joseph Bondy, told Reuters that he was willing to comply with the investigation.

“We will honor and not avoid the committee’s requests to the extent they are legally proper, while scrupulously protecting Mr. Parnas’ privileges including that of the Fifth Amendment,” Bondy told the outlet.

Bondy told The New York Times that Parnas’ change of heart came after Trump claimed that he did not know him.

That was apparently the tipping point for the failed businessman, who worked to ingratiate himself to Trump and his inner circle. Parnas has been a regular at Trump’s DC hotel and was photographed alongside Trump at multiple events. He allegedly donated hundreds of thousands of dollars to Trump and other Republicans and used his access to Giuliani and the Trump administration for profit.

“I’m a businessman who obviously is close to [Giuliani] ⁠— is close to the President,” Parnas told The New Yorker last month. “I love the president. I love the administration. I fully support him and honestly think he is going to go down as probably one of the greatest ⁠— if not the greatest ⁠— presidents ever.”

Bondy told The Times that Parnas would reserve his Fifth Amendment rights not to incriminate himself in the ongoing investigation but would otherwise be willing to comply with the House requests for information about his dealings.

“Mr. Parnas was very upset by President Trump’s plainly false statement that he did not know him,” Bondy told The Times.

Along with Parnas’ work to track down dirt on Biden in Ukraine, the accused also paid Giuliani $500,000 to help with a new company called Fraud Guarantee, a name he reportedly picked to game the Google search results to decrease the rank of pages listing past fraud allegations against him.

It is unclear what information Parnas is willing to provide impeachment investigators. Along with their roles in the hunt for Biden dirt, he was also involved in the effort to oust former U.A. Ambassador to Ukraine Marie Yovanovitch.

In testimony released by the House on Monday, Yovanovitch claimed that she was “in the way” of Giuliani, Parnas and Fruman’s efforts, which prompted them to “get [her] fired.”

“There were two individuals from Florida, Mr. Parnas and Mr. Fruman, who were working with Mayor Giuliani — and that they had set up the meetings for Mr. Giuliani with Mr. Lutsenko,” she said, referring to a Ukrainian prosecutor who provided the team with information about Biden. “They were interested in having a different ambassador at post. I thought it was exceedingly strange.”

Bondy told the Washington Post that there was no denying that Trump was very familiar with Parnas.